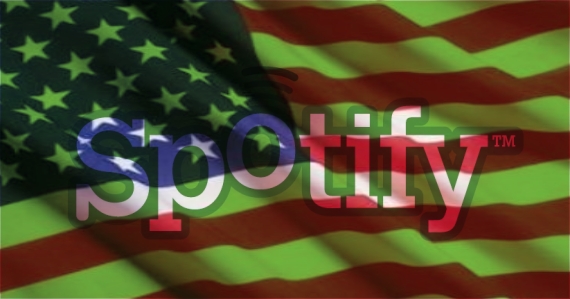 Spotify is starting to look like the boy who cried wolf. After trying to introduce a US version for two years, and despite the months of “imminent US launch” whispers we’ve endured, it once again sounds like Spotify is about to arrive stateside. As usual, there is some pretty solid evidence to back this up: AllThingsD reports that the European music streaming phenom has just closed a $100 million round of fundraising (raising its valuation to approximately $1 billion) and is in talks with yet another big US record label, Warner Music Group. Capping that off is Spotify exec Jonathon Forster’s confirmation. “We’re signing the remaining deals as I speak. We won’t launch before July 5,” Forster said at an Omnicom conference in London earlier this week according to Silicon Valley Watcher.

Spotify has already struck agreements with Universal Music Group, Sony, and EMI Music Group. Getting its ducks in a row prior to an official launch has its benefits and consequences: Introducing a music streaming service without the advised prerequisite label support has proven to be a risky move, one that at the very least gets skeptics raising an eyebrow and the music industry turning a cold shoulder (right Google and Amazon?). The consequence is that the longer Spotify is absent, the more time consumers have to acclimate to their current subscription music model of choice. There’s no shortage of options: Rdio, Mog, Slacker, Pandora, Rhapsody, and Sony Music Unlimited are just a few of the label-supported services out there. And Google Music, Amazon Cloud Player, and the coming iCloud are sure to attract ample attention and consumer interest as well. Spotify is top dog in Europe where there aren’t as many affordable freemium streaming options, and there are various flat fees for unlimited music services in the US. Many of them have extremely similar pricing to Spotify, which is likely to be $10 a month for unlimited music.

In Spotify’s corner is the massive amount of positive hype it’s received, as well as its eventual Facebook integration (which will be separate from the actual application as well as its official launch). Its impressive valuation and recent funding efforts also bode well for the site. If it can convince investors its worth that much in the face of such able competition in such a wide open market, then there must be some serious evidence of US success.