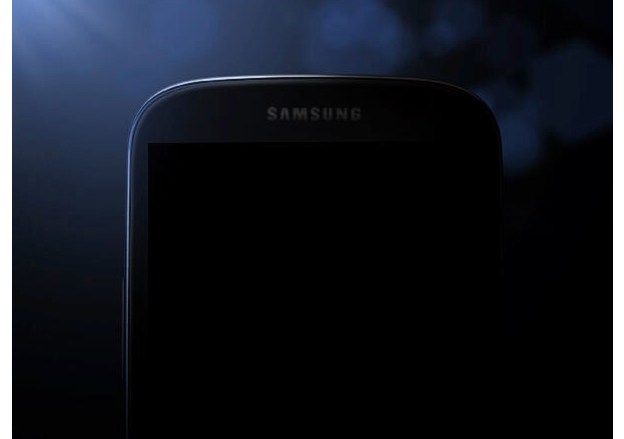 Samsung has given us a glimpse of what Jeremy has been seeing for the past week or so, by posting a snap on Twitter of the Galaxy S4 hiding in the shadows. Samsung’s tweet reminds us the countdown to the launch event has begun, and asks us if we’re ready for the grand reveal on March 14. We certainly are, but Samsung, are you sure you haven’t made a silly mistake and posted a picture of the Galaxy S3 instead?

We ask because the silhouette bears a striking resemblance to the outgoing Android flagship phone, which almost certainly means the company has changed the overall design for the Galaxy S4. It also suggests the pictures leaked onto a Samsung fan forum earlier this week may be genuine, and do not show an S4 in disguise after all. While the shape is likely to remain close to the look of the Galaxy S3, the leaked images did show an altered rear panel, with Samsung potentially moving away from the smooth plastic of the previous model to something similar to either the BlackBerry Z10 or the Nexus 4.

While the design may not change all that much, the size of the device could, as rumors point to the Galaxy S4 having a 4.99-inch, 1080p display, making it ever-so slightly larger than the Galaxy S3 and in-line with Sony’s top-of-the-range Android phone, the Xperia Z.

By tweaking the brightness and contrast of Samsung’s latest picture, the volume control on the left side becomes more visible, plus it’s a little easier to see the size of the bezel surrounding the screen. Samsung managed to increase the size of the screen on the Note 2 while almost exactly retaining the smaller Note’s footprint, and Sony has squeezed the Xperia Z’s 5-inch screen onto a device only a few millimeters larger than the Galaxy S3.

The difference in width between the 4.8-inch Galaxy S3 and 5.5-inch Galaxy Note 2 is just 10mm, and the length 15mm; so despite the possibly bigger display, the overall size of the Galaxy S4 may not change all that much. The picture is only a basic render though, so it may not be completely identical to the finished product.

Consequently, there’s no sign of a speaker, the proximity and ambient light sensors or the front facing camera lens. The latter could be important to the Galaxy S4, should the rumors of a feature known as Eye Scroll come true, as it’ll be used to scroll a screen of text as you read.

There are now two days to go until Samsung officially reveals the Galaxy S4, and we’ll be there covering the March 14 event in Times Square as it happens.

Video-editing app LumaFusion to get a Galaxy Tab S8 launch
The first Galaxy S23 Ultra leak is great news for S22 Ultra fans
Pixel 7: Everything we know about Google’s 2022 flagship
Latest Google Pixel 7 leak reveals the full design in all of its glory
Google Pixel Watch: news, price, specs, release, and more
Make your fortune with the best stock-trading apps for iOS and Android
Best smartwatch deals for September 2022
The best Samsung Galaxy Tab S8 keyboard cases
Apple AirPods Pro 2 vs. Samsung Galaxy Buds 2 Pro
How to add multiple wallpapers and change your home screen on iOS 16
The best touchscreen laptops for 2022
Which $1,000 phone has the better camera — iPhone 14 Pro or Galaxy Z Flip 4?
How to change the time font on your iOS 16 lock screen