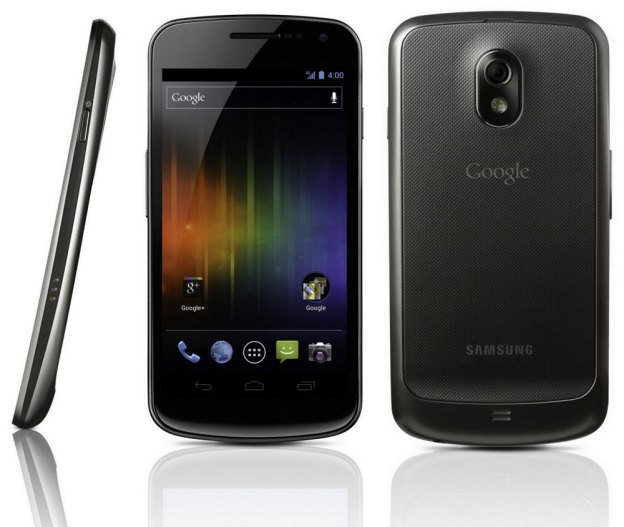 The wait is (very nearly) over. Yesterday we reported that new speculation was pointing toward a December 15 launch for the long-awaited Samsung Galaxy S—at least for Costco members–and now it appears that Verizon has officially announced its latest Android device.

9to5Google says the carrier gave official word that the Galaxy Nexus will launch tomorrow for $299 with a two year Verizon contract. The pricing is to be expected for a 4G Verizon phone, which has been incredibly in demand since its initial announcement. On that note, you might have to weather the lines at Verizon stores tomorrow, or wake up at 1 a.m. EST to buy the device online.

If the anticipation over the launch has started to overshadow the phone’s specs, here’s a quick review: the 4G device features a mammoth 4.65-inch HD Super AMOLED display with 1280×720 resolution, a 5-megapixel rear-facing camera, a 1.3-megapixel front-facing camera, an impressively-thin 9.47mm body, and runs a 1.2GHz processor. It also gets rid of buttons entirely, depending completely on its touchscreen. But it’s most talked-about feature is, of course, its Android 4.0 Ice Cream Sandwich operating system.

And better than an announcement is a hint as to what the hold-up was about. 9to5Google says the 4.0.2 update was the culprit, an ICS fix that was issued earlier. We’ve been waiting on the bug patch to be pushed through before the Galaxy Nexus could make its debut.

Check out the press release below.

Verizon Wireless Communications Stores and online at www.verizonwireless.com for $299.99

with a new two-year customer agreement.

Customers can browse the Web, stream music and more at blazing speeds using the

network in 190 markets covering over 200 million people across the United States, and fly

speeds of 2 to 5 Mbps within the 4G LTE Mobile Broadband coverage area.

everything in between have been rethought and redesigned to make Android simple, beautiful

AMOLED™ Contour Display to watch movies, view pictures and play games that come to life in

Pricing and data packages:
• Galaxy Nexus is available now in Verizon Wireless Communications Stores and online at
www.verizonwireless.com for $299.99 with a new two-year customer agreement.
• Customers that purchase a Galaxy Nexus by Samsung will need to subscribe to a Verizon
Wireless Nationwide Talk plan beginning at $39.99 monthly access and a smartphone
data package starting at $30 monthly access for 2 GB of data.

on the Galaxy Nexus. For additional information on Verizon Wireless products and

services, visit a Verizon Wireless Communications Store, call 1-800-2 JOIN IN or go to

(EDITOR’S NOTE: Media can access high-resolution images of the Galaxy™ Nexus™
by Samsung in the Verizon Wireless Multimedia Library at www.verizonwireless.com/
multimedia.)

Video-editing app LumaFusion to get a Galaxy Tab S8 launch
Best Cyber Monday Tablet Deals: iPad, Amazon Fire, Samsung Galaxy Tab
Sunbird looks like the iMessage for Android app you’ve been waiting for
The most innovative tablets of 2022
The best Samsung Galaxy S22 Ultra screen protectors for 2022
Don’t listen to billionaires like Elon Musk — app stores are fantastic
The most innovative smartphones of 2022
The most innovative smartwatches and wearables of 2022
These 6 things could make the Pixel 7a the perfect Google phone
Best Cyber Monday Smartwatch Deals: Apple Watch, Fitbit, Galaxy Watch
The best iPhone games to play in December 2022: Marvel Snap and more
I thought iOS 16 would ruin my iPhone 8, but it shocked me
The best Android games available right now (December 2022)