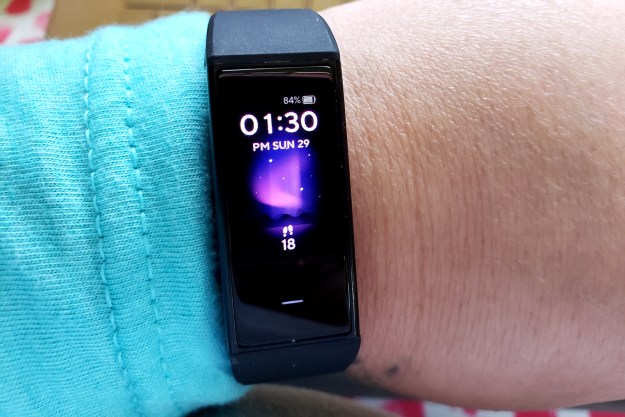 “The Wyze Band is a budget fitness tracker that can also be used to control your smart home.”

Most people know Wyze as a company that produces smart home products like the Wyze Lock and the Wyze Smart Plug. The company not only wants to make your home smart, but now Wyze also wants to bring smart technology to your body with the addition of the Wyze Band to its lineup. With so many fitness bands already on the market, Wyze is facing some stiff competition. Here’s how it matches up.

Alexa on your wrist

The stand-out feature on the Wyze Band is the addition of Alexa. This isn’t the only fitness band with Alexa, though. It just seems that Alexa’s uses are different on this particular band.

It kind of makes you feel a bit like James Bond to walk through the door and then tell your watch to lock the door behind you.

While Fitbit’s Alexa is focused on your body, Wyze Band’s Alexa seems to be more focused on controlling your smart home devices and more traditional uses. By holding your finger on the screen you can activate Alexa and ask her questions, or use the voice assistant to control your home devices like lights, locks, and more. It kind of makes you feel a bit like James Bond to walk through the door and then tell your watch to lock the door behind you.

Unlike with Fitbit, I couldn’t use Alexa to tell me how many steps I’ve taken or other fitness information, though. By the way, Alexa doesn’t talk through the Wyze Band. All of the answers show up as text on the screen. This could be a bonus if you hate Alexa’s, or any digital, voice.

Other than Alexa, the Wyze Band has a pretty good roundup of features. It tracks steps/distance, heart rate, and sleep, and everything can also be tracked in detail on the Wyze App. The battery lasts a respectable 10 days, too. For comparison of how good this is, the Fitbit Inspire only lasts up to five days. The less you have to charge, the better. The Wyze Band is also waterproof rated up to 50m, which means you can wear it swimming, diving, or just running in the rain.

I was pretty impressed with the crisp clarity of the AMOLED touch screen, which is comparable to the more expensive fitness tracker, the Samsung Galaxy Fit. It almost seemed like I was looking at my phone’s screen. The colors were bright and everything was super clear and easy to read.

Where the screen falls short is its responsiveness. It has a feature that is supposed to turn on the screen automatically when you raise your wrist. Sometimes it worked, and sometimes it didn’t. Usually, I had to jerk my wrist around a little to get the screen to turn on.

Unlike the Samsung Galaxy Fit, it does wake up when you tap it, so there’s that.

It also wasn’t very sensitive to touch. I guess this is good in a way since it won’t respond as easily to accidental touch. It was a bit frustrating when I was trying to access a stat. Unlike the Samsung Galaxy Fit, it does wake up when you tap it, so there’s that.

Attaching the band around your wrist is annoying. Instead of a buckle of some sort, the band has a little nub that’s supposed to slip into a hole. Getting that little nub into your preferred hole is frustrating and can take a minute. If you have any disability in the hands, like carpal tunnel, arthritis, or tremors, securing the band could be pretty much impossible. I have mild carpal tunnel and it took me a lot longer than it should have to get the Wyze Band on my wrist.

Note: Since this review was published, Wyze has come out with a new band that has a clasp similar ones on traditional watches and the band is made of a softer silicone gel. This band is much easier to use. The company also told Digital Trends that it will be shipping out this new band to all current Wyze Band users.

At $25, the Wyze Band is more affordable than any other comparable name brand fitness band on the market. While it’s not perfect, it is a nifty tracker for the price. It lacks the ability to connect with your phone to check messages or track specific exercises other than running, but it does have the ability to control your smart home devices. The Alexa capability is a big add for such a low-cost band.

The Wyze Band’s band seems like it would be easy to break if it were to get snagged on something, but other than that, it seems sturdy. It does come with a limited warranty on materials and workmanship for one year.

For the price, no. If you want more features like the ability to use your phone with your tracker or the ability to track multiple types of exercise automatically, your next best bet would be the Fitbit Inspire HR for $70.

For $25, you really can’t go wrong if you’re looking for a basic fitness and sleep tracker. The Wyze Band is a good choice. Pair it with the also very affordable Wyze Scale and you’ll be on your way to a healthier lifestyle without spending a lot of cash.

Topics
Video-editing app LumaFusion to get a Galaxy Tab S8 launch
L’Oreal’s crazy CES 2023 printer puts ink on your face, not on paper
The best smartwatches in 2023: Apple Watch Series 8, Galaxy Watch 5, and more
The 16 best Apple Watch faces you should be using
iOS 16.2 is here, adding Apple Music Sing (plus a lot more) to your iPhone
The best iPhone apps in 2023: 50+ apps you need to download now
The iPhone 15 Pro’s rumored new design is one I can’t wait for
The best folding phones in 2023: our 6 favorite foldables right now
You can finally take ECGs and track AFib on a Garmin smartwatch
I bought a $50 Apple Watch Ultra clone, and it blew me away
Best cheap phones in 2023: our 5 favorite ones for tight budgets
How to get Apple’s Black History Month 2023 wallpapers for your iPhone and Apple Watch
Yes, we really are completely spoiling the OnePlus 11 and Buds Pro 2 launch