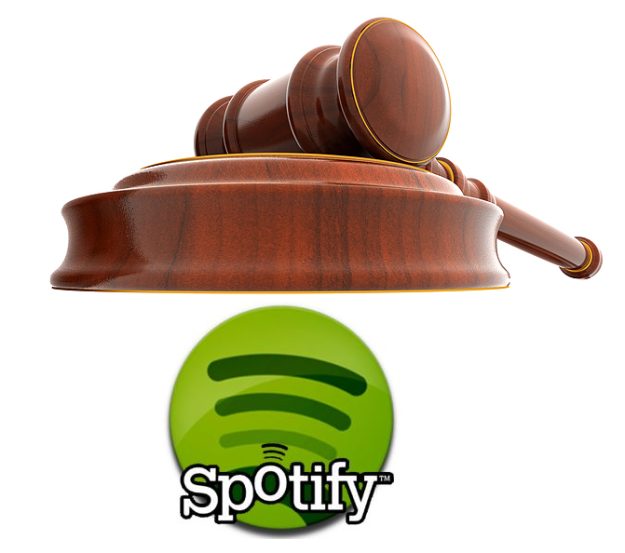 Spotify has been available for a measly two weeks and it’s already getting its first taste of patent litigation. PacketVideo says that Spotify is infringing on its claims over streaming music. The San Diego-based company that launched more than 10 years ago and was one of the first to enable streaming video on mobile platforms.

While once one of the leaders of streaming, PacketVideo only has the right to file such litigation because it bought the patent covering “a device for the distribution of music information in digital form.” It did not originally file the patent or originate this innovation – it piggybacked off of a company it acquired which had ownership of the patent. This is incredibly common in the tech industry: Mergers and acquisitions gives manufacturers new rights and lay new claims, but there’s something about the timing and incredibly broad language of the patents that makes this feel like a dirty trick.

Sure, PacketVideo was at one point an innovator in this space, but streaming and subscription music models have only become so popular because of the work services like Pandora, Spotify, Mog, and a handful of others have done since then, as well as other digital progress that’s been made. Developments in bandwidth improvements and bringing record labels around were no easy tasks, and are two of the biggest reasons consumers are taking to the likes of Spotify.

PacketVideo, which is widely used for music and video streaming in a variety of products, very well could have just been waiting to pounce on Spotify once it launched in the US. The company wants an injunction against the just-introduced cloud-based music service as well as compensation for damages.

This is what Google meant when it said patents are killing innovation.