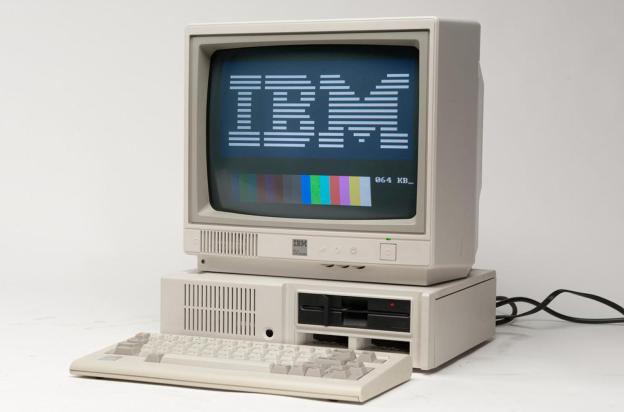 On paper, Windows RT looked wonderful. It promised tablets cheaper than the iPad, free Office, weight half of what most notebooks, and all-day battery life. The problem is that in use, RT just wasn’t that good.

Ironically, Microsoft made the same mistake IBM made decades ago with the PC Jr: Intentionally crippling the product to preserve revenues for a full-featured Intel PC.

Back then, Microsoft execs including Steve Ballmer ironically made fun of IBM for making this very same mistake, which cost IBM the PC market. The lesson they didn’t learn was you don’t cripple products. However, unlike IBM, Microsoft fixed Windows RT this week, and as a huge RT fan I can hear heavenly angels singing in my head, which probably says some unfortunate things about my head.

At the beginning of the PC market, there was a ton of competition between IBM, Apple, Atari, and Commodore. Apple and IBM, in volume, were actually losing. What many don’t remember was that Commodore was actually selling more computers than both companies, largely because Commodore computers were affordable. It’s hard to believe today, but an IBM PC with a crappy black-and-white CRT monitor and about 10 megabytes of memory would set you back between $3,000 and $5,000 back then. With inflation, $3,000 bought back then what nearly $7,000 buys today. In short, unlike today, not a lot of folks could afford IBM PCs.

You never cripple the low-cost offering, because the result will be poor sales.

So IBM Created the PC Jr., also known as the Peanut, which it sold for under $1,000 – a massive savings. It was smaller, better looking, and lighter than a regular IBM PC, which made IBM worry that people might stop buying the expensive box and just buy the PC Jr. So they crippled it with limited compatibility and a horrid keyboard. Had you seen the actual initial plan, which had full modular upgrade capability, you would have seen just how much IBM handicapped it. They took a product that, initially on spec, many thought would take over the PC market, and turned it into the tech industry’s first Edsel.

The lesson learned is that you always build the product as well as you can for a given price. If you need to assure a higher-priced offering, you improve it as well. You never cripple the low-cost offering, because the result will be poor sales.

To really go after the Apple iPad, Microsoft needed a product that had a clear edge. For Microsoft, that edge has always been Office. Even Apple, from the very start, has always favored this productivity package over any other. Even more than Windows, Office has been Microsoft’s greatest competitive advantage. Microsoft was clearly worried that if giving Office away for free with RT was a huge success, it would cut into Office license revenue, particularly if companies moved to these tablets in mass and didn’t buy PCs. So the company left two things out of Windows RT: Domain Join and Outlook.

This meant that Windows RT couldn’t ever be a full corporate offering, but it would still look better than the iPad. However, Microsoft forgot the iPad had a massive app advantage, and was now partially entrenched. By stripping out two business advantages RT should have had, it never reached its potential, and was already very late to market.

Of the two things Microsoft left out, Outlook was the most painful. Business users who are hooked to Office live in Outlook, and the Windows 8 email client isn’t even close to being competitive.

IBM couldn’t fix the mess it made of the PC Jr., but Microsoft has at least partially recognized its mistake and restored Outlook. And suddenly RT looks like it could play again.

It typically takes a bit of time to understand what ideal hardware should look like in a new design, and for a new processor class to tune itself for a new OS. This means that towards the end of the year when Windows 8.1 RT ships, it will ship on better performing, more attractive hardware, and it will run Outlook. Prices also drop over time, and you should suddenly see RT as it always should have been: fully featured, sexy, light, and very attractively priced. It will hit at a time when even Apple is struggling with what it’s going to do next with the iPad.

Companies need to revisit of the lesson of IBM’s PC Jr., and never again try to cripple a low-cost product to protect a premium line. This strategy never works, and only serves to take the potential for success from the new line. Put another way, if you feel you have to cripple a low-cost product, you’re likely in the wrong job, and should excuse yourself to let someone qualified make decisions from here on out.

Under Steve Jobs, Apple always built the best product it could for a given price point – a move that ultimately ensured its success. You saw this play out very well for the various iPods. In short, the next Windows RT tablets will likely be what we’ve always wanted: that perfect blend between laptop and tablet. And there go those damn angels singing in my head again.