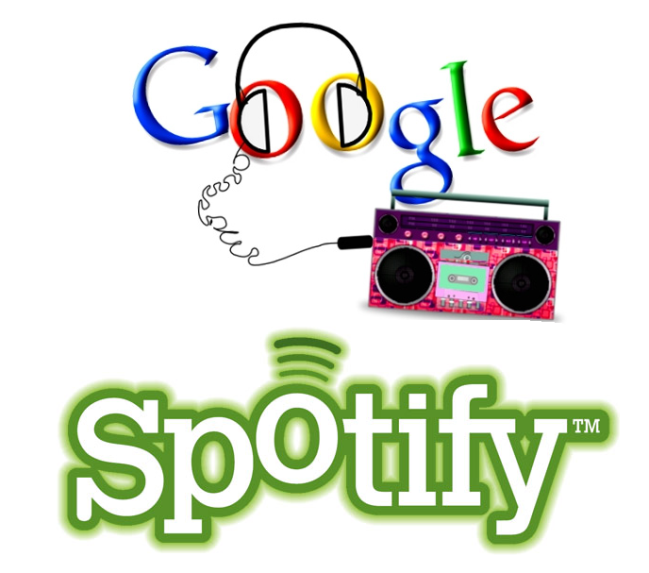 The race between Google and Apple to supple the premiere digital music service is on. Recent reports say Apple might be taking an early lead and signing on the man behind Microsoft’s own cloud-based network is sure to give an added boost. That, coupled with the fact the Google has allegedly hit a rough patch on its own project have at least made it seem like Apple is ahead.

But new claims might even things up a bit. CNET reports that Google may scrap plans to work entirely in-house on the project and partner with European streaming service Spotify. “According to a source with knowledge of the talks,” Google has entered discussions with Spotify (which, fingers crossed, will still launch stateside in the near future), apparently due to the fact that the search giant is unable to strike licensing deals with record labels.

These stalled discussions seem to be most of what’s holding Google Music back. The company has reportedly begun internally testing the service, but working with publishers and record labels is killing any further progress. Spotify has been making its own compromises when it comes to American music higher ups as well: Last week it was reported the streaming service would be drastically reducing how much free music its users can consume, as well as introducing ad-infused options, which makes it look like the company is prepping for a US debut. Spotify has been trying to break into the American market for some time now, and much of the holdup can be blamed on music industry executives who aren’t certain the site will be able to convince its users–who are largely accustomed to free access–to become paying customers.

A Google-Spotify collaboration could be in the best interests for both companies. Spotify would bring a user base (provided it can deliver when it comes to paying subscribers) and Google Music would be that much closer to a launch date. That, or it could be a disaster. Both Google and Spotify have allegedly had trouble with record labels, and a deal between the two doesn’t necessarily mean these issues would evaporate. It’s also possible that this deal could result in a weak product, one that doesn’t identify with the Google brand and can’t stand up to the likes of Apple’s in-house music service, or even Amazon’s new digital locker service.

Either way, the pressure is on to be the next big thing in the cloud-based music service

Best Prime Day Printer Deals 2022: What to expect in July