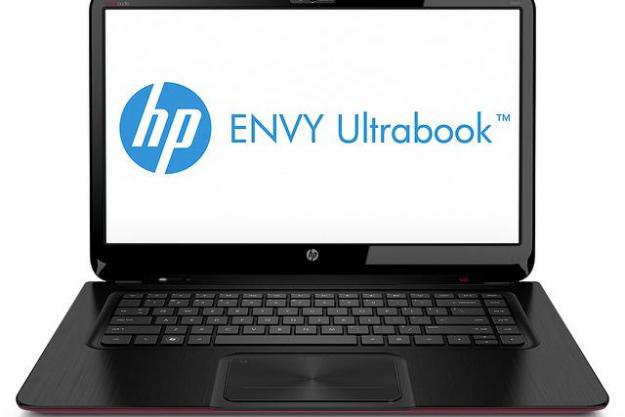 “We like the Envy 4, but it’s obviously priced above the market.”

In 2006 HP purchased a small but storied computer boutique known as Voodoo. The acquisition was meant to enhance HP’s high-performance desktops and laptops, both of which were lagging behind the competition. Both companies put a lot of effort into integrating Voodoo’s approach with HP’s corporate know-how. The result was Envy, a sub-brand of HP that began with the Voodoo Envy 133.

HP has always kept Envy a premium brand. Occasional sales and coupons could dip Envy pricing below $1,000, but all models have started above that price — until now.

The two new, affordable models are the Envy 4 and Envy 6. The Envy 4 is the 14-inch model while the Envy 6 packs a 15.6-inch display. The least expensive of these, the Envy 6z, has an AMD Fusion APU. However, the slightly more expensive Envy 4t comes with a standard second-generation Core i5 low-voltage processor and a price tag of $700. Equipped with an SSD, HP calls the Envy 4 an Ultrabook, but with a standard mechanical drive Intel’s rigid naming conventions for Ultrabooks force HP to resort to the Sleekbook name instead.

Our review unit came with an upgrade to a third-generation Core processor. It also was equipped with a 32GB solid state drive which enables Intel’s Rapid Start and Smart Response technologies. These upgrades bring the total of our review unit to $780.

This price is not inexpensive, but it’s much lower than any previous Envy product. It’s possible, however, that reducing the price has sacrificed much of what has made the Envy line special. Is this an Envy in name only? Let’s find out.

The Envy 4 makes a great first impression. Its sleek brushed aluminum lid isn’t unique, but it is both attractive and functional. The metal looks good without collecting fingerprints.

Opening it up tells a similar story. With the exception of glossy plastic around the display — an annoying choice that cheapens the look — all other surfaces are covered in the same metal as the lid. We also like the red soft-touch plastic on the bottom. It provides flair and a hint of luxury.

Build quality is excellent. The entire laptop feels like it’s been chiseled out of a single piece of material. We could not induce flex in the chassis, and we also found the display lid resistant to any kind of pressure or movement. Most of the panel gaps are small and well hidden, though there is some space between the keyboard and the surrounding metal.

Connectivity comes via two USB 3.0 ports, a USB 2.0 port, HDMI, Ethernet and a card reader. There are also separate headphone and microphone jacks. This gives the Envy 4 a slight advantage over competing Ultrabooks, most of which use a combo headphone/microphone jack.

HP has shaved some cost out of this laptop by using the style of keyboard we’ve seen in some HP Pavilion laptops. We don’t know if it’s exactly the same, but it’s surely not much different.

There is plenty of space available for typists of all sizes, and all the keys are large, making accurate typing a cinch. Key feel is poor, however, due to a rubbery quality in each keystroke. Keyboard connoisseurs will not be pleased.

Backlighting is standard, but there is only one brightness setting. HP also lights the backlight key even when it is turned off and lights a small LED on the Wi-Fi function key whenever Wi-Fi is turned on. We understand what they are trying to accomplish — they want the backlight key to be visible in the dark — but these lights are going to annoy users who want to watch video or play games in a dark setting.

Touchpad quality is above average. Multi-touch scrolling is smooth and multi-touch zoom works reasonably well. Even the left and right mouse buttons, which are integrated into the touchpad surface, are pleasing to use. Activation doesn’t require significant pressure, yet there’s enough travel to provide a hint of tactile feel.

Display quality has always been a centerpiece of the Envy line. Unfortunately, it has been cut to meet the Envy 4’s price point. All versions ship with a 1366 x 768 glossy panel. It has poor black levels and limited viewing angles, but decent contrast. The gloss does make colors pop in movies and games, but so-so black level performance saps dark scenes of detail.

If you’ve read other laptop reviews, you’ve likely run across these complaints before. Many laptops suffer from these problems and you won’t find anything for the Envy 4’s price that is much better. We are disappointed, however, to see any Envy laptop offer mediocre quality in an area where the brand usually dominates.

Sound comes courtesy of a Beats Audio speaker system. We found audio to be much better than average thanks to a high maximum volume and clear sound. The laptop also comes with HP’s Beats Audio software, which is far superior to the standard Windows controls. We found that we were able to achieve better quality during headphone listening by using the equalizer and noise cancellation features.

The HP Envy 4 has typical cooling for an Ultrabook. At idle, its temperature hovers in the mid-80s Fahrenheit and light use doesn’t raise it very much. The fan is quiet enough to blend in with ambient noise in most settings and has a fairly smooth tone when it does engage.

If you’re running a demanding application, temperatures along the rear bottom edge reach a hair above 100 degrees Fahrenheit — a tad too hot for comfortable lap use. Fan noise remains moderate and has a tolerable sound.

The branding of this laptop is a bit confusing. It is currently called a “Sleekbook” on HP’s web page, but it has an Ultrabook sticker slapped on it. At .78 inches thick and a weight of 3.9 pounds this machine is one of the heavier entries in this category, but a heavy Ultrabook is a bit like a fat hummingbird. It’s still pretty small.

Battery life comes courtesy of a four-cell unit. HP has done a great job of putting large batteries in their Ultrabooks, which is why their entries weigh what they do. The Envy 4 continutes this pattern. In the Battery Eater heavy load test the laptop lasted 2:35. That was extended to 6:47 in the light load Reader’s Test. Both results are good for an Ultrabook.

We were seriously miffed by the amount of bloat on the Envy 4. We were subjected to three different pop-up dialogs within five minutes of booting the laptop. HP has also pinned a number of pre-installed apps to the Windows Taskbar. That is much more intrusive than adding shortcuts to the desktop — which HP has also done, of course.

With the exception of the Beats Audio manager, most of HP’s software isn’t that useful. HP’s Security Assistant is nothing more than another way to find shortcuts to security and recovery software. The Connection Manager looks like it was ported from Windows XP, then never updated. And LaunchBox? Well, that’s the wonderful program that pins annoying bloatware to your Windows Taskbar.

HP needs to remember that bloatware does not create a premium experience. A laptop is not an advertising platform.

The Core i5-3317U low-voltage processor in our review unit is a component we’ve tested before, so we had a good idea of what to expect. The Core i5-3317U precisely fulfilled those expectations by offering a combined score of 35 GOPS in SiSoft Sandra’s Processor Arithmetic benchmark. It also reached a combined score of 7,317 MIPS in 7-Zip. These scores are nearly identical to those we received from the Acer Aspire M5 and Lenovo IdeaPad U310.

Relative to other processors, the 3317U isn’t the quickest, but it’s more than adequate for most users. Overall performance is about 20 to 30 percent below that of a standard voltage Core i5. Users will only be able to notice a difference in very demanding applications.

PCMark 7 returns a very respectable score of 3,850 thanks to solid marks in the system storage portion of the test. This is thanks to the optional 32MB solid state cache drive that was installed in our review unit. An HP Envy 4t Sleekbook, with only a standard mechanical hard drive, would receive a much lower score.

No discrete graphics option is available, so all variants of the Envy 4 must make do with Intel HD 4000. It posted a score of 4,607 in 3DMark 06 and 571 in 3DMark 11. Both of these scores are among the worst we’ve recorded from recent laptops. Many older games will run acceptably, but new titles will often be unenjoyable at this laptop’s native resolution.

We’re a bit confused about why HP has decided to take the Envy line down-market. Luxury pricing for luxury products was the entire point, and there’s no reason why the Envy 4 could not have been a very nice Pavilion. HP’s decision to market nearly the same PC as both an Ultrabook and a Sleekbook is also confusing.

Branding nonsense aside, this is a solid entry in the Ultrabook category. It’s one of the most attractive options, and also has better battery life than many competitors. Build quality is not exceptional, but is on par with the better machines.

Pricing on the Envy 4t starts at $700, which is great – but that does include an older second-generation Core processor. For most users it will still be quick enough, and we have not noticed any significant difference in battery life between second and third-generation products. Our review unit was priced at $780 because of the upgraded third-gen processor, and the 32GB solid state cache drive.

These prices would have been great if this laptop was released a few months ago, but already the new U310 and Acer Aspire M3 offer better values. Lenovo is currently selling the U310 with a third-generation processor for the same price as the Envy 4 with a second-generation part. Acer’s Aspire M3 is also less expensive, and it comes with discrete graphics.

We like the Envy 4, but it’s obviously priced above the market. It lacks a stand-out feature, such as a 1080p display. That forces us to reduce the score, which only shows how tight the Ultrabook race has become.