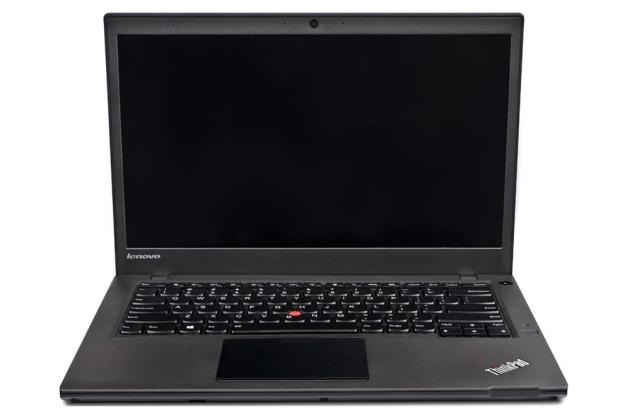 “The T431s successfully blends productivity and portability. However, it’s not perfect, and the price is a bit too high.”

Though Lenovo’s ThinkPad laptops are a mainstay of the corporate world, they’re not without their woes. Forced to deal with significant challenges thanks to the Ultrabook – and computing’s inevitable march towards thinner, lighter designs – Lenovo’s engineers have had to make some major changes. Thinness implies portability, but it can also lead to fragility and can compromise functionality. How can a laptop slim down without suffering from these faults?

This Ultrabook simply doesn’t look or feel as durable as its predecessors. And that’s a shame.

Several answers have already come from Lenovo, but they’ve either been expensive (the ThinkPad X1 and ThinkPad X1 Carbon Touch) or not that thin and light (the Lenovo ThinkPad T430u). Now, Lenovo’s bringing out the T431s, an Ultrabook that tries to find a better compromise between price and portability.

The T431s is also something of a showcase for ThinkPad’s new design direction. As with other recent models, the old beveled keyboard has been replaced with a newer island-style design. Change has also made its way to the touchpad, which offers integrated, not tactile, buttons. The display bezel is now thinner, the port selection revised and reduced, and the battery is not easily replaced.

All of these changes are likely to send brand loyalists into shock. But is there real reason to worry, or is this the redesign ThinkPad needs to keep up with the modern competition?

ThinkPads aren’t known for style. That’s not to say they’ve been poorly dressed, but their preference for functional professionalism can be off-putting to some buyers. Lenovo is trying to rectify this with some new models, and the T431s continues Lenovo’s newfound respect for fashion. Though not eye-catching, the system’s thin display bezel, slim side profile, and semi-gloss lid present a more approachable exterior than the matte black bricks of old.

Fans of earlier designs will worry that fashion is being put before function, and they’re probably right. This new Ultrabook doesn’t provide the same confidence as its thicker brethren. For example, the hinges are much thinner than those found in a standard T-series, and the new chassis appears to thwart, rather than invite, in-field repairs.

But don’t take this to mean the T431s doesn’t feel like a quality product. The chassis is rigid, the hinges tight, and the panel gaps thin. Like other ThinkPads, this system looks and feels more like a tool than a style statement, even if it is more attractive than its ancestors.

There are just two USB ports available (both 3.0) along with Mini DisplayPort and VGA for video-out, a lone audio jack, an SD card reader, and a smart card reader. Ethernet is available as well.

This selection of ports is mundane for an Ultrabook and feels a bit lackluster considering the focus on functionality. An additional USB port would have been nice at the very least.

Change can be good … and bad

The T431s features the new(ish) AccuType keyboard, which ditches an old-school beveled design for the more popular island-style layout. Though the new keyboard is different, it’s still among the best in the market thanks to a spacious layout and good key travel. Our only complaint is the function key. As with previous models, Lenovo swapped its location with the Ctrl key – a trait unique to ThinkPads that may confusion new users.

Backlighting is activated by a function hotkey, and there are two brightness settings available. We noticed significant light leak from under the F1 to F12 row (that is, light which leaks around the keys rather than through it), which could be distracting in a dark room.

A change that’s new to the T431s is a flat touchpad that ditches tactile buttons for an integrated design common in consumer PCs. The reason for the move is obvious: older ThinkPads had big buttons surrounding a tiny touchpad, which made the touchpad itself hard to use. Going the opposite direction, however, hasn’t worked out.

Using the trackpointer, a unique joystick-like mouse input found on most ThinkPads, is now more difficult because there’s less tactile feel to help users distinguish between the left, right, and middle mouse buttons. Yet, this sacrifice is in vain because the larger touchpad surface is still less than ideal. It doesn’t offer a pleasing texture and feels hollow. At least multi-touch gestures work well.

Our review unit arrived with a matte 1600 x 900 display. Though less impressive than a glossy 1080p display, the resolution is a good match for the 14-inch display and the matte finish wards off glare. This makes the display perfectly usable even in direct sunlight despite its low maximum brightness.

The usability of matte tends to hurt quality, however, and the T431s is no exception. Our tests revealed that the display can render just 60 percent of the sRGB spectrum and suffers from poor contrast and black levels. Subjectively, these numbers makes photos, games, and movies appear dull, but all matte displays exhibit poor contrast and black levels relative to their glossy brethren. A matte finish may sound dire, but this is the inevitable trade-off necessary to banish glare.

Audio quality is a somewhat better story thanks to a clear mid-range volume and a decent maximum volume. But this is no boom box. The speakers will do if you’re stuck in a hotel room without headphones, but a pair of headphones or external speakers will offer a major upgrade.

Our review unit arrived with a Core i5-3437U processor, 4GB of RAM, and a 500GB hard drive. This configuration is exactly mid-range in the current T431s lineup and average among Ultrabooks in general.

The processor, which is clocked at 1.9 GHz, returned a SiSoft Sandra Processor Arithmetic score of 42.7 GOPS and a 7-Zip score of 7,984 MIPS. These figures are above average for the category.

PCMark 7, a test that strains multiple components, turned in a less complimentary result of 2,956. This is certainly towards the low end of scores we typically receive from Ultrabooks. Most blame comes from the mechanical hard drive, which offers good capacity but suffers from lackluster access times.

3D performance from the integrated Intel HD 4000 graphics solution also came in below par with a Cloud Gate score of 28,533 and a Fire Strike score of 415. Most Ultrabooks score over 30,000 in Cloud Gate and around 500 in Fire Strike. However, the relevance of this is less than the numbers suggest because there’s really no Intel HD 4000 that is good for gaming. You’d have a hard time telling the difference between this system and other HD 4000-powered Ultrabooks with the naked eye.

While the merit of the sacrifices made by the T431s can be debated, they most certainly have reduced the weight. Fully loaded, this Ultrabook comes in at just 3.6 pounds, which is excellent for a device with a 14-inch display. Lenovo reduced the thickness to just 0.8 inches, as well, making this among the thinnest ThinkPads ever.

Something thin yet reasonably affordable was needed, and the T431s delivers.

Normally, a dramatic reduction in size and weight means reduced endurance, but that doesn’t seem to be the case here. The battery held up for about two hours during our high-load Battery Eater stress test – a figure that extended to almost five hours of constant Web browsing and seven hours in our near-idle Reader’s Test. These numbers aren’t exceptional, but they do put the T431s a smidge above the Ultrabook average.

Power consumption was low overall in our testing. The Ultrabook consumed just 10 watts at idle with maximum display brightness and no more than 33 watts at full load. Only a few competitors, like the Dell XPS 13, sip less power.

A solution for you

This being a ThinkPad, the T431s ships with a variety of Lenovo utilities that can help keep drivers up to date, power consumption low, and Wi-Fi connections solid. Execution of these apps varies. The Solution Center itself isn’t bad, but the design of some other apps – particularly those forged in the Metro style – is questionable. Over-sized icons and wonky menus are common. Still, some tools are helpful, which is more than can be said of most pre-installed software.

Besides Lenovo’s own software, there are also a variety of third-party apps; most of which can be ignored or deleted immediately and will never worry the user again. In what seems to be a new trend, Lenovo has installed a portal into a Norton antivirus app, but not the antivirus trial itself, so you won’t be annoyed by pop-ups.

Hotter than it looks on paper

In spite of its slim profile, the ThinkPad T431s has plenty of room to breathe. In our tests, its external temperature never exceeded 95 degrees Fahrenheit even at full load. At idle, temperatures were more regularly in the low 80s. These are good results for an Ultrabook.

The fan wasn’t overworked either. We registered a reading of 40.2 decibels at idle, which increased to a maximum of 43.6 decibels at full load. Once again, these figures are better than average for this category.

However, while the numbers look good, the T431s sometimes felt hot during real-world use. This is because the touchpad surface is among the system’s warmest surfaces. Other Ultrabooks report higher temperatures but feel cooler because their hot-spots are away from the user’s hands.

Lenovo’s new design makes a lot of changes, and change doesn’t usually come without compromise – and even, at times, sacrifice. Lenovo put to rest some of the traits that longtime fans consider crucial to the brand, such as tactile touchpad buttons and a beveled keyboard. This Ultrabook simply doesn’t look or feel as durable as its predecessors. And that’s a shame.

But the world doesn’t stand still. Lenovo’s traditional ThinkPad laptops are too bulky for some buyers to consider in light of new, ultra-thin designs. Something thin yet reasonably affordable was needed, and the T431s delivers. This model is extremely light and thin for its display size, yet still offers good endurance and strong processor performance. A few points, like hard drive performance and the touchpad, could use improvement, but the overall package achieves the goal of putting ThinkPad productivity into a thinner, lighter package.

So far so good, which leaves the T431s with one major hurdle to jump: price. This new model starts at $1,049, but you’ll have to pay $1,149 for the configuration we reviewed, which is a lot for an Ultrabook with a mechanical hard drive. A solid-state drive is only available on the top-end $1,449 model, at which point the T431s must go up against the very best of the Asus ZenBook line, the Dell XPS 13 with 1080p display, and even the MacBook Pro 13-inch with Retina. And this business-centric ThinkPad can’t hang with that crowd.

Lenovo tends to slash products below MSRP regularly, so this system may soon sell for $1,000 or less, at which point it would earn our recommendation. That’s not the current situation, however, so we can’t account for that in our score. As it stands today, the T431s is an excellent 14-incher for people interested in mobile productivity, but the price is a bit too high for the hardware.