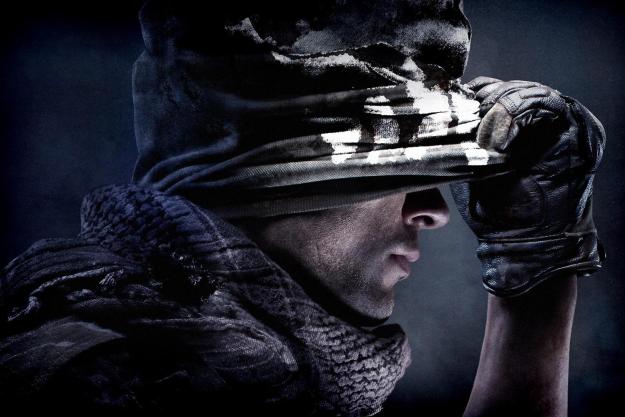 “Although it follows the same formula, ‘Call of Duty: Ghosts’ offers a few refreshing changes.”

Whether you despise the Call of Duty franchise or will be waiting in line at midnight to get your copy of Call of Duty: Ghosts, it’s hard to deny that the formula works – even if it is growing old. Not surprisingly, that formula doesn’t fundamentally change with Ghosts, but the latest COD does improve upon its predecessors. And when it comes to multiplayer, fixes to many longstanding issues that have plagued the series for years may make this one of the most well-balanced Call of Duty titles yet. It doesn’t change the formula, but it does refresh it.

Private Whatever reporting for duty, sir!

Ghosts offers the most threadbare of plots to stitch together the single-player experience, which feels like an excuse to introduce new weapons and locales for the multiplayer. A government called the Federation has united South America following the collapse of the oil industry. They then attack America…. because. That is almost all the information you get. Ghosts needed an enemy that could offer a legitimate threat to make it dramatic, and a united, militaristic South America hasn’t really been done that often in gaming. So Bob’s your uncle, we have a new menace.

… COD campaigns are the gaming equivalent of… summer blockbusters filled with explosions and “big moments” to thrill gamers.

You play as Logan Walker, who along with his brother Hesh has been fighting the Federation to a standstill for 10 years under the command of their dad. When a mission sends them into the No Man’s Land between Los Angeles and San Diego, they meet the ultra-elite Ghost soldiers. The brothers join them to hunt for the traitorous Rourke, a former Ghost who was captured and turned thanks to a briefly mentioned combination of ancient drugs and modern torture techniques. For some reason, the brainwashed Rourke is now the main Federation field commander. Because there… maybe… yeah…

Logan and Hesh are joined for several missions by Riley, uber-dog extraordinaire and possibly the best squadmate to grace the series. Unlike his predecessors, Riley will rarely walk in front of your fire. You can send him after enemies, and there’s even a stretch of the campaign where you control him directly. He single handedly takes out a helicopter once. It’s silly, but he’s useful.

True to Infinity Ward’s tradition of protagonists, Logan remains mute throughout, which leaves no possibility of him ever having any real connection with his father and brother, even as the game tries so, so hard to force one. But family members talk at him, not to him, stunting the tale of family loyalty and respect that the game attempts to build.

What the mute main character does to the story, the idiotic AI does to the combat. Enemies represent a shooting gallery; coming after you in waves. They take cover, then wait for you to shoot them when they pop their heads up. This shallow approach offers quantity over quality.

But hey, the COD campaigns are the gaming equivalent of popcorn movies: summer blockbusters filled with explosions and “big moments” to thrill gamers. Those are all present in Ghosts, and they do offer mindless fun. Just don’t expect anything more.

Along with the campaign and multiplayer, Ghosts introduces two new modes: Squads and Extinction.

Squads is a much more robust version of “combat training” from previous COD titles, allowing you to try the multiplayer with and against AI-controlled bots. A new twist on this mode allows you to bring up to five other friends with you to face an AI-controlled team set up by another player. That player chooses the map and game mode, along with his team loadouts, then lets the AI take over while they earn bonus experience time. It’s good practice to play against bots, and the bonus you earn while even offline is nice, but fighting AI can only offer so much diversion before it starts to lose its thrill. Another mode lets two players face off in a grudge match, each backed by a team of up to five AI-controlled teammates.

Squads also features a horde-like survival mode for four players called Safeguard, which pits you against waves of incoming enemies. You start with pistols and knives only, and await drops containing weapons, perks, and killstreaks. It doesn’t reinvent the survival-mode genre, but offers a nice break from conventional multiplayer action.

The other new co-op mode is Extinction, Infinity Ward’s apparent answer to Treyarch’s Zombies. Extinction is a four-player co-op game that replaces enemy zombies with aliens. Working as a team, you must place a drill on the hive and defend it for a set period of time, before moving on to destroy the next. After every fourth hive is a mini-boss like  barrier hive. There are 12 hives to destroy in total plus three barrier hives.

Like zombies, Extinction feels like a completely different game attached to a COD title. It doesn’t have the deep mythology or variety that the Zombies offerings have developed, but it isn’t far off from the original mode introduced in World at War, which was addictive enough to spawn numerous expansions. It needs more than one map before it can really take off, though.

Like every new COD title, Ghosts introduces new multiplayer weapons, modes, ways to apply perks, and a few other bells and whistles. That said, there are some subtle, yet significant changes.

The first change you’ll notice is the ability to customize your character’s appearance, including gender. You unlock new cosmetic options by completing challenges, like getting a certain number of headshots with one weapon (similar to the way weapon skins worked in Black Ops II). The Prestige option is also gone, and instead you now have 10 characters to level up, each earning their own experience.

These new modes all have one common theme: speed.

As you level up, you earn “squad points” to buy weapons, equipment, and perks. Perks have also seen a minor overhaul. There are now 35 to chose from, and each has a value ranging from one to five, meaning the number of perk slots they occupy. The fewer weapons and equipment you carry, the more perk slots you have. Perks are now also broken into several categories, from stealth to speed to handling, and they can only be unlocked through a combination of purchasing them with squad points and hitting a certain level.

Traditionally, Call of Duty maps have been designed using a “three-path” philosophy, with a central pathway and routes on either side. In contrast, Ghosts offers a huge amount of variety in the map design, with several winding pathways on multiple vertical levels, and rarely a straight path from one side to the other. The maps can also change on the fly. Some allow players to blast new doorways using weapons (although only in specific locations), and “dynamic events” like earthquakes can also alter the battlefield – though not drastically.

There are several advantages to this new map philosophy. Domination is no longer a frustrating battle for a single, central point. Snipers will have to work for a clean shot due to fewer map-spanning sightlines. Fewer chokepoints discourage camping. These changes speed up the games and help make them less predictable.

Killstreaks return to their MW3 format, with awards for consecutive kills, completing objectives, and for supporting your team (which rewards you with perks rather than killstreaks). Regardless of which type you accrue, the killstreaks are far less effective, preventing them from dominating the games as much. Air support is weaker, player-controlled missiles are easier to avoid, and there is no killstreak that basically ends the game like a nuke, or even a swarm from Black Ops 2.

Along the same lines, the UAV has been replaced with a much weaker, ground-based system that you have to plant and leave behind. turrets are also easier to destroy. These changes make a huge improvement, and don’t force you to hide. It encourages movement.

Along with many returning game modes, several new ones focus on increased movement. Search & Rescue is a twist on the no-respawn Search & Destroy, allowing you to revive fallen players by retrieving their dog tags before an enemy can; Blitz is similar to Capture the Flag, but instead of retrieving a flag, you just need to enter the designated enemy “base” to score; Cranked starts a 30-second death timer on a player after they score a kill, which can only be reset by earning another kill; Hunted starts everyone with a pistol and drops weapons throughout the map; Infected gives you a shotgun and pits everyone against one “infected” player who starts with a knife and super-speed, and gains teammates by killing them; Grind, a play on Kill Confirmed, forces you to take the tags you collect and “bank” them in one of two designated spots (although Grind is currently not available in the main playlists).

These new modes all have one common theme: speed. Each of the new modes, paired with the more varied maps, requires you to move. COD has always prided itself on fast-paced games, but Ghosts refines that idea by forcing you to move almost constantly, creating a fundamental change.

The Call of Duty formula still needs a dose of innovation, but the changes to Ghosts makeit feel somewhat fresh. You’ll still find the same frustrations as before – spawn killing, quick scoping, ignorant teammates – but the new philosophy makes for a better, faster game. Ghosts won’t win back COD expatriates who already moved on, but fans who are beginning to tire of the same old product will find plenty to keep them excited for at least the next year.

This game was reviewed on a PlayStation 4, Xbox 360, and Xbox One at a review event that was hosted and paid for by Activision.