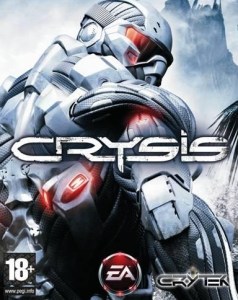 Most PC gamers know Crysis well. It was either a point of infinite pride and bragging, or it was the source of frustration and feelings of inadequacy. The phrase “can it run Crysis” even became a meme for people talking high end computers. Running it at its highest resolution was nearly impossible for us mere mortals. It required the computational equivalent of the Starship Enterprise—or it might as well have, because almost no computer on Earth could play the damn thing at its maximum potential. Even now only the highest level systems can mange it. The game is a beast.

But while the graphics got all the headlines, the game itself, even in the humbling lesser graphical settings, was a great first-person shooter. Some have even dipped deep into the rhetoric and called it the greatest FPS ever made. And while that may be the source of endless debate late into the night, there was no denying that it was a solid shooter that was well made. For the PC.

But even with the graphics turned down, the game still pushed most systems and more than one PC gamer was forced to admit that they could not run the game on their current system. The idea of playing it on a console bordered on ridiculous. It was laughable. The game nearly caused high end PCs to commit ritual seppuku in shame, so there was no way that the game would ever work on a console. Right?

Well huzzah! Good news, console fans, the original Crysis has done what many thought was impossible, and is now available on both Xbox Live and the PlayStation Network as a download for $19.99. The graphics are somewhat nerfed, but even so, for $20 you get a full FPS that many consider to be among the greatest games ever created. Some might call that a value.

The console version of Crysis is identical to the PC version–minus the technical downgrade. The story puts you in the shoes—and suit—of Nomad, an elite Special Forces member of the Raptor Team, which is sent to the North Korean occupied island of Lingshan, following a distress call from an archeologist named Dr. Rosenthal claiming that he had made a world changing discovery.

Spoiler: He discovered aliens that want to kill, and possibly eat us all.

The story of Crysis unfolds as you explore the island, and it’s deep and intricate, filled with twists and turns as you fight your way through the North Korean Army and then into an alien structure. But basically there are enemy soldiers and aliens. You have a bunch of guns. Go.

To go into the story in any great detail would spoil it for people that haven’t played it, and be pointless for those that have—it is the same as the PC version. That’s a good thing, by the way, but the real focus of the game is the gameplay.

The Clothes Make the Man

At the heart of the Crysis series are the nanosuits that you wear, which give you special abilities—i.e., cool gameplay advantages: Extra speed, cloaking, strength and armor. Each ability can be used for a limited time before the suit needs to cool down and recharge.

The missions unfold in a semi-open world environment where you have a particular goal to reach, but how you get there is up to you. There will typically be options that allow you to get by using stealth, flanking, or Leroy Jenkins-like head on attacks. There is no wrong way, and the suit upgrades you receive will allow you to develop the game the way you want it to.

There is even the addition of using multiple suit abilities at the same time, something that you could not do on the PC version. That may not sound like a major addition, but it really is, and it changes the way you might otherwise approach a section. If you didn’t play the PC version, then the mixing of suit abilities will still become a highlight of the game.

Each weapon also offers multiple attachments, which can be accessed by holding down a button and then hitting another. Compared to the PC’s keyboard, the menus may take some getting used to, but as with Crysis 2 on the consoles, the button layout is very good considering how much there is to access. It will take some time to acclimate yourself to it, but once you do it will feel natural.

Once you have the hang of things, Crysis moves and plays exceptionally well. The multiple options on how to approach a new section should offer something for everyone. The AI remains a bit of an issue for Crysis though. Whether it is Crysis on PC, or Crysis 2 on any platform, the AI is inconsistent. Sometimes it is annoyingly clever and will trick you while others flank. Other times enemies will stand in the open, firing away without a care in the world. It varies.

Regardless, it is an excellently laid out game with well planned pacing, just as it was when it was originally released in 2007 regardless of platform.

But Can it Run Crysis?

The graphics are an obvious casualty of the move to the console, and there is no denying that they have taken a hit. And not just a hit from god-like PC to top-of-the-line console, but they are on par with graphics you may see in earlier 360 or PS3 games. They are nowhere near the results of Crysis 2 on console, and the details is the major loss. On the PC, running at max resolution, you can see the pores on the faces of your teammates and individual blades of grass. The console version is far more generic. The original PC version was released in 2007, and the graphics are on par with console games from around the same time, maybe a bit better.

That being said, it is still a good looking game. If you played the PC version, it is a stark difference. If you haven’t you may be pleasantly surprised. The landscapes are well rendered, and the facial animations—although they look a bit dated—are still filled with detail. The lighting effects are a bit ahead of the curve for the game, as are the water effects. There are some inconsistencies now and then, and somethings will look great, while others lose all texture. It is a minor and infrequent complaint, and on average the graphics are as good as many full retail releases.

There is one problem with the translation to console that is tough to overlook. The checkpoint system, which is the only method of saving, can be unbelievably frustrating and you may frequently find yourself having to repeat major sections of the game. Repeating a 20-minute section won’t be uncommon. You get used to it though. Even with the nerfed graphics and poor checkpoint system the game still is a competent shooter that will soon suck you in.

The original Crysis was—and still is—a great game, and rests among the upper tier of first-person shooters ever made. The graphics on the console have taken a noticeable hadouken, but that is to be expected, and they are still more than serviceable. They also hold up well against many of the full retail games released, excluding perhaps the last year or two of console games which have been continually outdoing themselves.

So can it run Crysis? The original is a technical masterpiece, and still ranks among the best looking games ever made, and it is four years old. The console version can’t compare in that sense, but the controls have been modified, and work well with a controller. The gameplay remains as good as ever, and may even be a better improved thanks to the multiple suit ability option. The game is stripped down in the sense that there is no multiplayer, and those that played the PC version won’t find much to entice them to try it on PC, but those that haven’t played it are in for a good time.

And then there is the cost. The changes between this and the PC version, or this version and some of the newest FPS titles on the market are not all that major–this game is a value. For $20, Crysis on a console is an absolute steal. In fact, it is hard to think of a better download-only game for the Xbox 360 or the Ps3. The game looks good, it plays amazingly well and it is an insane bargain. So yes, it can play Crysis. And so should you.

Legends of Runeterra 2023 road map outlined by Riot Games
The best PS5 headsets for 2023
The best iPad Pro games in 2023: the 26 best ones to play
7 PlayStation VR2 launch window games you’ll want to grab on day one
The best PSVR games for 2023
Like a Dragon: Ishin’s Trooper Cards are full of cameos, including Rahul Kohli
How to romance characters in Fire Emblem Engage
How to eliminate enemies with no ranged weapons in Fortnite
Fire Emblem Engage gift guide: every character’s favorite gifts
Call of Duty: Warzone 2.0 Season 2 will finally fix its looting system
The best capture cards for 2023: Xbox, PlayStation, and PC
Best Gaming PC Deals: Save on RTX 3070, 3080, 3090 PCs
Every video game delay that has happened in 2023 so far