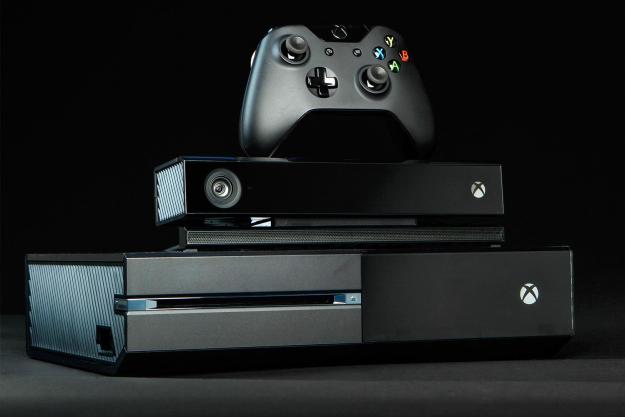 “Microsoft's Xbox One is firmly established as a leader within the next-gen.”

If there’s one word that defined Microsoft’s approach with its Xbox One when it launched in 2013, it was “disruptive.” The new hardware challenged our notion of what a video game console could and should be, for better and for worse. Kinect, at least for a brief time, was analogous to a new button on your controller. The original system, now discontinued to make way for the smaller Xbox One S, blurred the line between a game console and a streaming device.

The Xbox One was pitched as an all-in-one-box with promise, a first step toward something bigger than itself. The Xbox 360 was always struggling to do too much within a limited design spec. Even something as simple as a user’s friends list was locked at 99 names for the life of the hardware. The Xbox One struggled to keep up with the demand for higher frame rates and resolutions – it’s the fate of all video game consoles – but even with the impending launch of the 4K-capable Xbox One X, it’s still a capable gaming platform.

Despite a sleek mix of matte and gloss black, there’s no hiding the fact that the Xbox One is a bulky box. It’s physically larger than the most recent model of Xbox 360 by an inch or more on each side, and unlike the PS4 and the Xbox One S, there’s still a hefty power brick attached to the power cord. It’s also designed to only sit flat, so you might have to do some rearranging in your media center.

Microsoft went with touch-sensitive strips rather than buttons for the Xbox One’s power and disc eject switches. They’re both very sensitive and flat against the face of the unit, which makes it easy to accidentally brush against one and turn the console off or pop the disc out of the drive. A soft beep sounds when you make contact with one of these “buttons,” but that’s all the feedback you get … until your console turns off or spits a disc out. It runs very quietly, but you can tell it’s powered on when you see a backlit “Xbox” logo on the right side of the unit.

The dashboard has undergone several revisions over the course of the system’s life, but it’s currently designed with a few different pages that can be easily flipped using the controller’s bumpers. While still not as quick as the PlayStation 4’s interface, it’s intuitive, and pressing the home button quickly brings up a small guide without having to exit your game or app.

The second-gen Kinect was Microsoft’s gigantic gamble on the Xbox One, and support for the camera has waned in recent years — very few games make use of its features in any meaningful way, and the system’s user interface has been redesigned to make it a very optional accessory.

The Xbox One challenges our notion of what a video game console can and should be, for better and for worse.

Forget motion controls; they’re still an option, but Kinect v2 is all about voice commands. Speaking to your Xbox One makes it considerably easier to navigate the dashboard, multitask, and many other basic features. However, you’ll need to learn the peripheral’s admittedly limited and occasionally unintuitive vocabulary.

Take the “Xbox Select” command, which allows you to speak the name of any tile on the dashboard screen to select it. There’s no way someone would naturally figure out that saying “Xbox Select” brings up and overlay to enable this. There’s an “Xbox Help” menu that provides assistance, and – to be fair – there are plenty of completely sensible voice commands as well, but prepare for a learning curve as you grasp how to communicate with your Xbox. Thanks to Cortana AI assistant integration, you can use more natural commands, though talking to Cortana naturally doesn’t always work. Depending on how you naturally phrase things, it may be easier to simply memorize the commands.

Fortunately, Kinect now handles natural, regular-volume speech much better than its predecessor did, though it’s still not perfect. Kinect sent us somewhere other than what we asked for — or didn’t respond at all — only a handful of times during our week-long review period. Following on with the “Kinect-as-a-controller button” comparison, you expect your gamepad to work 100-percent of the time. Kinect understands roughly 99-percent of what you’re saying.

Kinect voice commands didn’t catch on in the long run — you need an adapter to even use it on the Xbox One S — but its usefulness with cable television can’t be denied. Being able to say “Xbox, watch ESPN” and be tuned into the sports network just a few seconds later amounts to an ease of use that every user can comprehend, even a non-gamer.

The Kinect’s motion controls are less impressive. Microsoft’s minimum recommended distance from the Kinect is 4.6 feet, which is harder to find in a New York City apartment than you might think. At launch, the console made use of hand gestures for navigating its home menu, but these were eliminated in 2015 in favor of using controller or voice commands.

The Xbox One controller is roughly the same size and shape as its Xbox 360 predecessor, though some new internal mechanisms make it slightly heavier. There’s now trigger-specific rumble, which allows developers to code games so that, say, pulling a trigger to fire a gun only shakes the pulled trigger. Four individual rumble motors afford developers a much more nuanced level of control over force feedback.

The Xbox 360’s Back/Start buttons are now the View/Menu buttons, though they serve largely the same purpose. The guide button is also right where it always was, though it’s slightly smaller and flatter. Pressing it now brings you directly to the dashboard, since multitasking eliminates the need for the Xbox Guide as we’ve come to know it.

In terms of physical design, the Xbox One controller is both a step back and a step forward. The D-pad is significantly improved, as are the larger, flatter face buttons. The triggers have a shorter pull than they did previously, and they curve outward a little more now, giving you a better grip. The battery housing is also flush with the back of the controller now, eliminating the awkward bump that fingers constantly collided with on every wireless 360 controller.

What’s not so good then? The left and right bumpers are much click-ier now, meaning you’ve got to exert more pressure to press one. On the flipside, the shoulder bumpers take up more real estate than LB/RB did before, making it easier to slide a finger onto one as needed. The redesigned analog sticks are more of a problem; the thumb grips on the top of each one are considerably smaller than they were before, to the chagrin of fat-fingered gamers across the world.

The Xbox One OS highlights the power of the new hardware within. Switching from a game to an app or TV then back to the game is quick and seamless; the screen simply fades out and then immediately fades back in. The last three apps used are kept in active memory, though the load time on most apps launching fresh is negligible, measured in seconds.

The Xbox One OS highlights the power of the new hardware within.

The hardware is more powerful, sure, but the smooth game performance is also a result of the fact that all games now require installation, even when you’ve got a disc version. Install times vary, though they’re considerably longer on the Xbox One than they were on the 360. No surprise, given the double-digit gigabyte sizes of most current-gen games. That said, whether you’re downloading or on a disc, you’re able to fire up most games while they’re still installing within minutes.

Xbox Live continues to be the king of online gaming infrastructures, and it makes for a smooth, user-friendly multiplayer experience on Xbox One. Joining or starting a party is as easy as opening the guide and hitting a few buttons, and the addition of tournaments and “Clubs” makes it easier than ever to find players interested in the same games as you. With Games With Gold and Xbox Game Pass, you also have a ton of available games to play for a fraction of what they would cost brand new.

Exclusive games, however, are few and far between, and the ones that are available often don’t match the quality of Sony’s exclusives. While the Xbox One has some notable exclusives, such as Sunset Overdrive and Ori and the Blind Forest, but Microsoft relies heavily on small number of popular series, including Gears of War, Halo, and Forza, to galvanize the platform’s fandom.

The Xbox One is an outstanding initial step forward for Microsoft’s gaming brand, even if it has been made obsolete by the Xbox One S and Xbox One X. The system was built to be flexible, and Microsoft’s message is clear: Game consoles aren’t just for gamers anymore.

Yes. The Xbox One S is a superior device in just about every way, but the purchasing a first-gen Xbox One will likely save you some cash if you can find it. Plus, you’ll be able to use Kinect without an adapter. In November, a more powerful version of the Xbox One, the Xbox One X, will be the best version of the console for players who have a 4K TV.

With the upcoming launch of the Xbox One X, Microsoft is committed to keeping its gaming community united with the same games. The Xbox One will be supported for years to come.

No. If you want to buy an Xbox One console, we recommend the Xbox One S.

Topics
Marvel Snap Battle Mode: How to play Marvel Snap with friends
Fire Emblem Engage bond levels: how to get max Bond Levels fast
Warzone 2.0 Season 2: release date, Ashika Island map, and Resurgence mode
The best PS5 controllers for 2023
The best upcoming PS5 games: 2023 and beyond
The best upcoming PC games: 2023 and beyond
Here’s what E3 2023 could look like without Sony, Nintendo, and Microsoft
Marvel Snap’s Friendly Battles set a new bar for its post-launch support
WWE 2K23 improves the wrestling sim with subtle tweaks and a bit of chaos
Meta Quest Pro VR headset is $400 off (and save on Meta Quest 2)
How to change classes in Fire Emblem Engage
Fortnite: How to collect Dragon Balls on Adventure Island
How to get all Emblems in Fire Emblem Engage