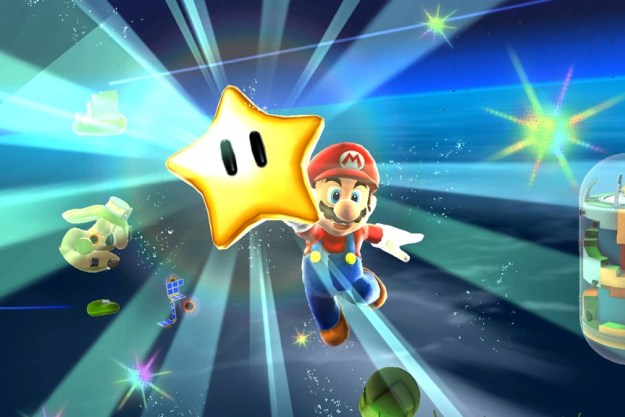 “3D All-Stars preserves gaming classics as they were in a complete package.”

As someone who had never played Super Mario 64, Super Mario Sunshine, or Super Mario Galaxy, I couldn’t have been more excited when Nintendo announced Super Mario 3D All-Stars, a collection of the three titles for Nintendo Switch. Finally playing them, I understood how someone could revere a game like Super Mario 64 in 1996 as something revolutionary.

Unfortunately, Nintendo decided to preserve 64 and Sunshine as they were at the time to the detriment of experiencing them in the present day, where both titles would have been improved with better controls found in more modern 3D Mario games. That being said, you could have told me Super Mario Galaxy was a brand-new game, and I would have believed you, ultimately making this collection worth picking up.

A product of their time

One of the biggest queries people had after the announcement of Super Mario 3D All-Stars was, “Where is Super Mario Galaxy 2?” For me, playing the collection answers that question; it’s not so much about the games themselves as it is about their evolution. The advancements and differences between the three titles are dramatic, and with this game being released as a celebration of the Italian plumber’s 35th anniversary, 3D All-Stars feels like an intentional showcase of these improvements. Having Galaxy 2 would have diluted this intention, as it’s a fine-tuning of its direct predecessor’s gameplay rather than a galactic leap forward for the series.

Booting up Super Mario 64, I was impressed by what the game was doing for a title that’s 24 years old, and how much of its DNA the latest 3D entry Super Mario Odyssey had retained. Transporting myself back to childhood and thinking of the content-light experiences that made up the majority of gaming then, it’s no wonder that Super Mario 64, with its hidden levels and non-linear structure, blew gamers’ minds.

Getting in the way of my marveling at the game was its outdated controls. Its archaic camera, combined with the fact that Mario plays like an exuberant slab of butter that slips and slides its way through the world, made for an at times maddening experience. Recently, the only games that stir a desire within me to slam my controller on the table in frustration have been of the Dark Souls variety. I did not expect that impulse to be awakened playing this game.

Moving from 64 to Sunshine was like being in a shipwreck, but finding a buoyant and spacious piece of wood that was carrying me toward land on a distant horizon. What that game does with its mechanics over its predecessor is, for the most part, an improvement, at points shockingly so for a game that was released only six years later. The camera is easier to maneuver, and Mario feels like he is working with more grip on his shoes.

The focused tropical theme that many players have derided over the years for repetitive level design works in the game’s favor for the most part, although occasionally, there’s some over-design that feels somewhat aimless and more a showcase of, “Look how complex we can make levels now!” I found enjoyment in the divisive FLUDD that is at the center of the gameplay, with it having enough of a unique hook and variety of uses to justify its implementation.

Super Mario Galaxy is the land on the distant horizon where I have washed ashore, and to my amazement, it is a luscious and bountiful island that leaves me wanting for nothing. While this may not be news to some, to find Galaxy as not only my favorite 3D Mario to date, but one of my favorite games of all time, exceeded my already high expectations.

Here, the flaws of 64 and Sunshine are simply non-existent, with razor-sharp level design, pin-point accurate gameplay, and stunningly unique gravity mechanics that effectively evolve throughout the game. Where I found myself slogging through portions of the first two titles, I moved through Galaxy as if orbiting the sun, gracefully sling-shotted across the game, unable to pull myself away from its gravity. To me, its inclusion alone is worth the $60 asking price, with 64 and Sunshine as bonuses, and I would easily spend another $60 on a port of Galaxy 2, and it seems like its exclusion was a calculated move by Nintendo.

Some things change, most things stay the same

My love for Galaxy is tainted slightly by my messy feelings toward Sunshine and 64. While playing the 64 and GameCube titles, my partner said something to the effect of, “They were the only games I had, so I learned to love them.” In talking with other players that grew up with these games in their life, it seems like that sentiment is, for the most part, a shared one.

Fans replaying these games who experienced them front to back, over and over again, are going to comfortably nestle in their nostalgia, able to compensate for their shortcomings by knowing exactly how to effectively move through them. As stated above, retaining the games as they were is the intention of the package as a retrospective. It doesn’t remove the feeling that the exclusion of revised mechanics was an incredible missed opportunity to make these games something someone would actually want to play today.

I found Galaxy as not only my favorite 3D Mario to date, but one of my favorite games of all time, exceeding my already high expectations.

64 is just the original game with a high-definition gloss over it. Its lack of widescreen, which is afforded to the port of Sunshine, exacerbates the camera issues, as what is unseen outside of the player’s field of view tends to involve the most deaths. Making it worse is the pop-in of textures that sometimes happens right in front of the character, resulting in confusion as to where to go or what to do until you are inches away from it. Further, the game lacks some of the additions, including extra levels and collectibles, that came with the Nintendo DS remake. It’s as bare bones of a remaster as you could get.

The 16:9 aspect ratio in Sunshine works wonders for the game, and its HD makeover brings it much closer to Galaxy visually than 64. Unfortunately, one of the things that gave the FLUDD mechanic some charm on the GameCube was that system’s analog triggers, allowing the player to dictate the device’s water pressure. No such functionality is available on either Joy-Cons or the Switch pro controller, meaning the FLUDD is either set to operating at zero or 100% functionality.

Galaxy is the title that required the least amount of sprucing up, so its visual bump made it nearly identical in quality to 2017’s Super Mario Odyssey. Being a Wii title, motion controls were integral to that experience, and nothing has changed with this port. The Switch Pro controller’s accelerometer and gyroscope provide the functionality of the Wiimote’s IR blaster. However, as I was playing, it was obvious that having a device actually pointed at the screen would have been optimal. A tap of the R bumper re-centers the star pointer, but it still feels less intuitive.

How is that motion functionality handled in handheld mode? With touch controls, which is far and away the worst way to play the game. For those who don’t know, the motion controls were designed as a way to scoop up star bits as you made your way through the level, as well as to shoot them at enemies and interactive objects. Attempting to do all this frequently with touch controls as you move Mario with the thumbstick is less than optimal, and makes the TV experience of the game by far the preferred way to play.

The changes brought to 64 and Sunshine feel like the bare minimum of what could have been done to bring them into the modern-day. It’s clear that these minor tweaks were an attempt to fossilize them in their original form, but that only makes their shortcomings more obvious. Galaxy, however, is a near-perfect game, the age of which cannot be felt as it was already ahead of its time and transcends most new 3D platformers to this day.

For those whose favorite games list features the three titles in this collection, you’ll probably be over the moon with the opportunity to play them all at any time on either your TV or on the go. Those who missed out on these entries in gaming history will likely have a tough time adapting to their controls but will find wonder and joy in playing Super Mario Galaxy.

Super Mario Odyssey is yet another excellent 3D Mario with modern controls built specifically for the Switch. In February of 2021, a port of Super Mario 3D World, which was initially released on Wii U to rave reviews, will also be coming to the hybrid console.

A straightforward run of each game takes around a dozen hours of playtime, but 100% completion seeing every secret level and collecting every hidden item probably doubles that, resulting in a package with easily over 60 hours of gameplay.

Yes. Super Mario 3D All-Stars is almost as much of a must-have as Breath of the Wild and Mario Kart 8, if only for the strength of Super Mario Galaxy alone. Compounded by the fact that the game will only be available through March 31, 2021, its value simply as a collector’s item is quite high.

Topics
The best horror games of all time
You can play a fan-made Super Mario Bros. 5 in Mario Maker 2 right now
What is ray tracing, and how will it change games?
Bayonetta 3 release date, trailers, platforms, gameplay, and more
The best RPGs for the Nintendo Switch
How to link your Fire Emblem Engage and Fire Emblem Heroes account
Xbox and Bethesda’s Developer_Direct: how to watch and what to expect
Goldeneye 007 comes to Game Pass and Nintendo Switch later this week
The best iPhone games in 2023: 31 games you need to play right now
I can’t believe I’m recommending Forspoken on PS5 over PC
Redfall’s May 2 release date revealed during Developer_Direct
The best Fire Emblem games, ranked from best to worst
Xbox just surprise announced and released a stylish new Game Pass title