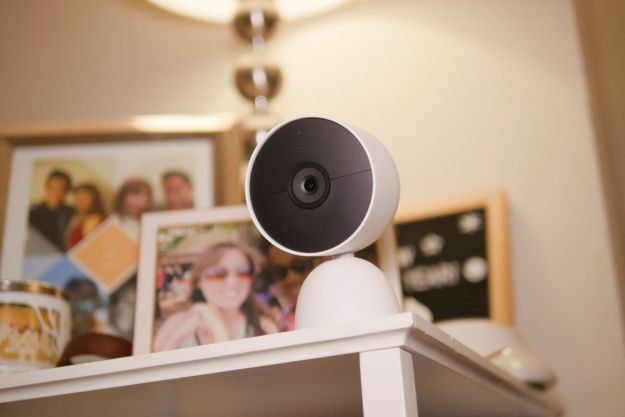 “The Google Nest Cam (battery) is one of the most versatile cameras right out of the box. You even get free video history.”

It may be surprising to learn that Google has been in the home security business for quite some time. In fact, the original Nest Cam was first launched in 2014, long before any of us had an inkling that Google Assistant would become the brains behind the operation of the smart home. That’s a pretty long time when you think about it, and the company has gone on to release many more cameras — some of which were well-received by users and critics.

However, its latest smart security camera aims to be its most ambitious offering to date. The Google Nest Cam (battery) may be the security camera to beat, not only because of the fact that it can work indoors and out, but because it may offer enough intelligence and performance to be the one camera you can count on to work when you need it. And, oh yeah, it doesn’t require you to sign on to a subscription service to have access to its best features.

This isn’t the norm, but I like where it’s going.

Designed to handle both outdoor and indoor situations, I have to admit that I love that you can choose where to place the Google Nest Cam (battery). Thanks to its IP54 rating, it’s able to endure the weather if placed outside. I chose to keep it as an indoor camera for this review, but it’s worth pointing out that it comes with a wall plate, screws, and anchors if you choose to put it outdoors. Since it’s battery-powered, there are no pesky wires to run through the home — that’s unless it needs to be charged.

While you can buy the optional $30 indoor stand that allows the Nest Cam (battery) to stand upright and articulate like other indoor cams, I ended up just plopping it on the side of a door frame because its magnetic plate is impressively strong. It requires a fair amount of force to remove, to the point that you’ll need two hands to remove it off from surfaces.

Another interesting change here is that the camera is no longer tied to the Nest app. Instead, everything is set up and managed by the Google Home app. After following the instructions in the app, the Nest Cam (battery) was ready to rock and roll in under five minutes.

Th new model bears no resemblance to the original Nest Cam from 2014. It actually takes after Google’s previous line of home security cameras, the Nest Cam IQ series, sporting a similar rounded design with a short base-to-camera-housing connector. The Nest Cam (battery) is only available in the snow color option, so it would’ve nice to get at least a couple more options. Am I in love with the design? Not really, especially when it’s bulkier than other indoor cameras, but I can still appreciate its modern styling.

Interestingly enough, I found that the camera becomes inoperable when it’s disconnected from the magnetic base. It’s a bit odd that it’s functionality is tied to being connected to the magnetic plate, but Google says that it’s a privacy-preserving feature if you use it outdoors — so that it turns off while it’s charging inside. However, you can disable this by going under the device information settings in the Google Home app. That way, it’ll work regardless if it’s connected to the magnetic plate or not.

I’m also not thrilled that it uses a proprietary power connection. I understand that the pin connectors help to keep it weather-sealed against the elements outdoors, but the proprietary connection means that I just can’t use another charging cable I may have lying around. Instead, I’d have to go to Google directly.

Specs-wise, the Google Nest Cam (battery) is a slight step down from the previous Google Nest Cam IQ Indoor. It features a 2-megapixel, 1/2.8-inch sensor with a 130-degree field of view that’s capable of shooting video at 1080p resolution at 30 frames per second (fps). In comparison, the Nest Cam IQ Indoor had a neat zooming feature that preserved details thanks to its 8-megapixel 4K sensor. For an outdoor camera, the field of view of the Nest Cam (battery) is narrower than other outdoor-only cams, so you’ll want to strategically place it somewhere to maximize its coverage.

Luckily, the Nest Cam (battery) still features video, which does nicely to even out high-contrast scenes so that the highlights and shadows are toned appropriately to give the entire scene a more neutral contrast. But despite this, it doesn’t capture nearly the same level of details and clarity as the sensor-packing Nest Cam IQ Indoor. Details are a bit softer with the Nest Cam (battery). However, its night vision performance is still impressive.

As I mentioned earlier, the Google Nest Cam (battery) works exclusively with the Google Home app — unlike previous Nest Cams that could still work with the Nest app. I welcome this change because all of my smart home devices are under one umbrella. Through the app, there’s an events page that lists all of the event triggers, complete with animated preview clips and detection type.

Initially, I found the navigation of the app to be a bit confusing, since I had to go through other menus in order to find filtering options. Another odd omission I found using the app is the ability to quickly take a snapshot or video clip while viewing the video stream live. There aren’t options for them, which I find rather strange given it’s a standard feature in many cameras. I really hope that Google updates the camera to allow this basic function because it comes in handy.

If there’s one thing that Google does perfectly with the Nest Cam (battery), it has to be that it takes your privacy seriously. As much as I would’ve loved to see some kind of privacy shutter over the itself, the camera can be turned off completely through the Google Home app. You’ll find other standard privacy features such as motion zones that allow you to choose which areas you want the camera to keep an eye on, as well as a green LED on the camera itself to indicate someone is accessing the live feed.

It’s one of the most feature-rich cameras I’ve come across right out of the box.

The Nest Cam (battery) features a rechargeable 6 Ah, 3.65V lithium-ion battery that’s not removable, which means it’ll need to be recharged with the included charging cable at some point. If you’ll be using it as an indoor camera, just bear in mind that the charging cable measures about three feet — so there’s little wiggle room for how far away it can be from a power source. Instead, you’ll want to pick up the indoor stand because it features a longer wire.

Of course, its battery power means that the camera can be used just about anywhere. In the short time I’ve been testing, it’s still more than 85% charged after nearly a week of use, which makes me optimistic that it will last more than a month with a full charge. Naturally, this will vary depending on how active it is.

Many of the features of the previous Google Nest Cam IQ Indoor are locked behind a subscription service. The Google Nest Cam (battery) is notable for the fact that out of the box, you’ll get up to three hours of event video history — without the need of any subscription. That’s wonderful news because it captures and stores video footage of events within the preceding three hours. If you need more coverage than that, you’ll then need to subscribe to Nest Aware for continuous video recording for up to 10 days.

I’m also happy to report that the Google Nest Cam (battery) can still function normally even if the network goes down because it’ll continue to detect events and save clips. I tested this out by unplugging my router. This is especially useful because it won’t be rendered inoperable in the event power goes out, or if the Wi-Fi network is disrupted.

The Nest Cam (battery) will also still offer intelligent alerts based on what it’s seeing. So far, it’s been pretty spot-on in terms of discerning people and pets — and alerting me through a notification on my phone. If it’s used outdoors, it also has the ability to detect vehicles. I like it that I can customize the notifications through the app, which helps to prevent false alarms.

And lastly, it does include two-way audio to interact with people. The internal speaker sounds loud and clear enough when it’s used indoors, but I suspect that ambient noise outside could potentially diminish its performance.

Even though there are some minor nuisances that could be easily addressed by a software update, the $180 Google Nest Cam (battery) is a well-rounded security camera that can be effective wherever it’s placed. It’s a highly versatile camera out of the box that doesn’t hide advanced features behind a paywall, and one of the most feature-rich cameras I’ve come across right out of the box.

When it comes to clarity and detail, the Arlo Pro 4 is hard to beat with its sharp visuals, color night vision, and swappable battery. You’ll pay a little bit more for it, but the added features and strong performance back it up.

On the other end of the spectrum, there’s the Eufy SoloCam E40 at $130. It shares many of the same features, like local storage that negates the need to sign on to a subscription service.

The Google Nest Cam (battery) has a sturdy construction with a matte-like outer casing. It’s also designed to work under extreme temperatures ranging from -4 degrees Fahrenheit to 104 F. In the event of a malfunction due to a defect. Google offers a one-year limited warranty that would cover it.

Yes. It’s rare that you’ll find a security with this much flexibility and smarts out of the box.