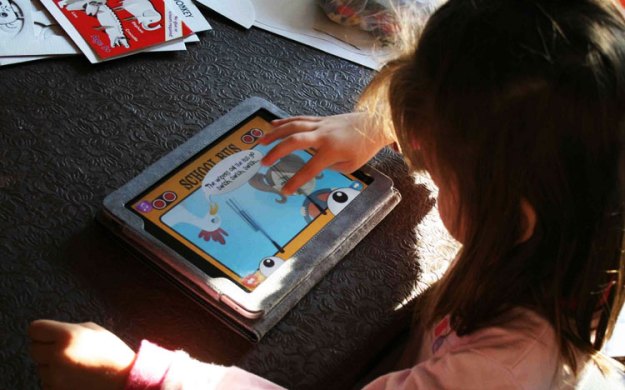 Though Apple has had more money than the U.S. government, and even beat out Exxon Mobil as most valuable in the world, the company is known for sitting Smaug-like on its horde of profits. However, during the past few weeks, Apple has steadily been implementing a charitable program which began last year—over 9,000 (not a meme) free iPad 1 units have been shipped to Teach for America corps in 38 states.

The public service program was initiated last spring when the iPad 2 was launched. Apple customers that were upgrading were encouraged at retail stores to donate their iPad 1 for the Teach for America program.

The non-profit teaching organization sends graduates from top schools to teach in low-income communities in the United States for a number of years. These graduates get paid very poorly in their struggle to bridge educational inequality.

However many units Apple collected, there were enough to offer a free iPad 1 to every member in Teach for America. An e-mail notice read, “What could an iPad do for your classroom and your students? Well, we’re asking you to help us answer this question.” The units were distributed over the last two weekends.

Though the refurbished iPad donations is a start in creating an Apple’s image of charity, there has been some criticism. Steve Jobs’ wife, Laurene Powell, happens to be on the board of directors so nepotism is a word that has been used to label the donations. There’s also been speculation as to how much one iPad per classroom could actually accomplish. Zack Whittaker at ZDNet points out that the problem of reading won’t be solved by the introduction of a new tablet alone, though LeVar Burton may disagree. It’s a start.

Video-editing app LumaFusion to get a Galaxy Tab S8 launch
These 80+ apps could be running adware on your iPhone or Android device
Apple AirPods Pro 2 vs. Google Pixel Buds Pro
Nreal’s Air AR glasses head to the U.S., ready to rock with iPhones
How to turn on the haptic keyboard in iOS 16
Samsung Galaxy S23 leak teases a disappointing charging spec
The iPhone 14’s car crash detection might be a little too good
Best Apple deals and sales for September 2022
Make your fortune with the best stock-trading apps for iOS and Android
Best smartwatch deals for September 2022
The best Samsung Galaxy Tab S8 keyboard cases
Apple AirPods Pro 2 vs. Samsung Galaxy Buds 2 Pro
How to add multiple wallpapers and change your home screen on iOS 16