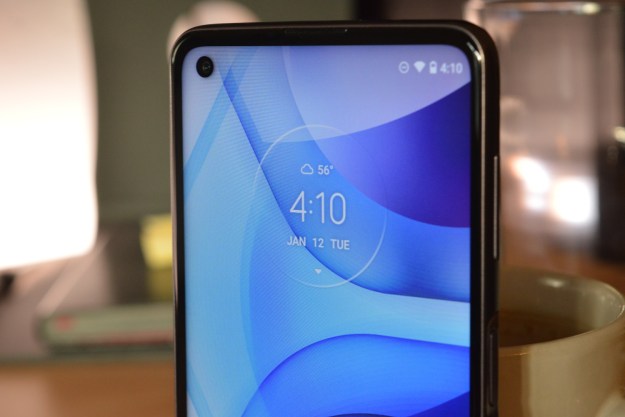 The Moto G series has long offered excellent value for money, adorned recommendation guides for best budget phones, and brought a reliable experience to those who don’t want or need a flagship phone. But in recent years, competition has heated up, with phones like the iPhone SE, the Google Pixel 4a, and more, offering flagship-level features for only $100 or so more.

For 2021, Motorola has updated the Moto G series, with the headline phone, the Moto G Power, getting an impressive price tag of only $200, or $250 for the top model. That’s $100 less than the Pixel 4a, $150 less than the iPhone SE, and significantly undercuts other phones of a similar quality.

Is the Moto G Power the way to go for phones under $250, or should you keep saving? We put the 2021 Moto G Power to the test to find out.

The 2021 Moto G Power looks and feels like a natural progression from last year’s model. It has a similar design on the front, with its hole-punch cutout for the front-facing camera on the top-left of the phone, and a slightly larger 6.6-inch edge-to-edge display with a small chin on the bottom. It looks nice for a sub-$300 phone, especially when you consider the fact that just a few short years ago, edge-to-edge displays commanded a hefty premium.

On the back of the phone, you’ll get the camera module, which has been moved to the center in a square camera bump. I don’t really mind the fact that the module is centered, and while putting it on the top left might have made it look more in line with more expensive phones, it still looks good where it is. The back is of course plastic. The slimy gloss looks cool, but feels cheaper than it looks — obviously not as premium-feeling as a glass device.

Around the edges of the phone, you’ll get a USB-C port on the bottom, and, thankfully, a headphone jack at the top. On the right side, there’s a volume rocker and a power button with a fingerprint sensor built into it. The sensor worked really well in my testing. It was fast and accurate, which is very nice to see. You will have to get used to using the power button to get into your phone if you aren’t already, but it’s a small adjustment.

I do wish Motorola included better water-resistance here. The so-called “water-repellant coating” holds little more weight than a marketing message, and chances are, those buying a $250 phone don’t want to have to replace it if it accidentally gets wet. This is a feature that all phones should offer.

Under the hood, the Moto G Power offers a Qualcomm Snapdragon 662 processor, coupled with either 3GB of RAM and 32GB of storage in the base model or 4GB of RAM and 64GB of storage for $50 extra. There’s also a MicroSD card slot in either case for expanded storage. Weirdly enough, the base model of the phone actually includes lower-power components compared to last year’s Moto G Power, which came with a Snapdragon 665 processor and 4GB of RAM — though I suppose that makes sense given the new lower starting price.

Now, the impact is pretty minimal, and actually, the phone performed pretty much the same in benchmarks (the 720p display likely helps there). The Snapdragon 662 and 665 are built on the same architecture and use the same GPU, after all–— the notable shortcomings are a few missing audio components and a lower-end modem. But it’s still a little strange to see Motorola take a step back like this; at a minimum, you’d expect the same chipset year over year.

In day to day use, the Moto G Power performed decently well, with a few skips and jumps every now and then, as is to be expected for $200. Generally speaking, the device was responsive and fast to react, even during basic mobile gaming and multitasking. Playing a game like Call of Duty: Mobile worked well, and while there was the off dropped frame and stutter on games like Asphalt 9, it still worked well enough for most.

Unfortunately, Motorola still hasn’t brought NFC to the Moto G line, so you still can’t use features like Google Pay. This was a minor complaint a few years ago … at this point, that’s a major omission.

The Moto G Power comes with a massive 5,000mAh battery, and it shows. That’s the same as last year, but this is one situation where we don’t mind that it’s not an upgrade — and you may end up getting an even better battery life thanks to the lower-resolution display.

Most modern flagship phones offer much smaller batteries. The iPhone 12 Pro has around a 2,815mAh battery, while the Pixel 4a has a 3,140mAh battery. And, considering those phones are more demanding, and have higher resolution displays, they last significantly less.

Battery life is one of the biggest reasons to buy a Moto G Power.

I didn’t have all that long to test the phone but based on my initial testing, I’m certain you can get two days of use out of the device, and even into a third day for lighter users. Really, the battery life on this phone is that good and one of the core reasons to buy it.

The Moto G Power supports fast-charging of up to 15W, but unfortunately, there’s no wireless charging here.

Like the 2020 Moto G Power, the 2021 model has a triple-lens camera. Motorola has, however, swapped out the ultrawide camera for a depth sensor, and the result is a less versatile experience.

You’ll get a 48-megapixel main camera with an f/1.7 aperture, however, it has an effective output of 12 megapixels given the quad pixel tech that Motorola (and most other companies) is using. Along with that, there’s a 2MP macro camera and a 2MP depth camera.

Photos from this phone are pretty boring. Colors are muted, and despite the quad-pixel technology, there’s a little more noise in photos than I would have liked. Using the macro lens is fun, for five seconds, before you get over the gimmick of it and realize that you’ll probably never really use it in day-to-day life. That’s a reality of every cheap macro camera, sadly.

One of the best things about Motorola phones is the software experience, and that remains true here. The Moto G Power has a stripped-back software experience that should appeal to anyone that wants to cut out the fluff. It’s almost stock Android, and as such it’s responsive and easy to navigate.

One of the best things about Motorola phones is their software experience.

There are a few tweaks to the system though. The Moto G Power runs what Motorola calls “My UX” software, which includes gestures like the ability to take a screenshot by touching the display with three fingers, silence the phone by picking it up when it’s ringing, or twisting the phone to launch the camera. Through the Moto app, you can also easily change wallpapers and the home screen layout, and turn on the Gametime mode, which lets you tweak how notifications and power work while mobile gaming.

It’s all relatively helpful, and it’s really nice that Motorola has added all of these tweaks and settings in the Moto app, rather than breaking them out into the user interface, and cluttering everything up — something that other manufacturers have done.

The new Motorola Moto G Power is available starting at $200, which is impressively inexpensive. That gets you the base model with 3GB of RAM and 32GB of storage, or you can bump up to $250 for 4GB and 64GB — which I’d recommend. The base model comes in silver (shown in this review), and the higher model comes in dark grey.

After a brief pre-order period, the phones are available for purchase as of January 14, straight from the Motorola website, Amazon, Walmart, Best Buy, and more. Motorola’s distribution is exceptional.

The device comes with a standard 12-month limited warranty, which pretty much only covers manufacturer defects. You’ll want to be careful with your device, particularly considering its water resistance.

The Moto G Power isn’t going to break any records or blow people away with features. But it offers a solid experience with a huge display and stellar battery life at a low price. It will find a place on our list of the best cheap phones available today. Sure, if you can afford to pay more you should, but if $250 is your budget, this phone is the one to get.

Yes, if you can pay more. If you can stretch your budget to $350, then the Google Pixel 4a is easily the phone to go for, thanks to its better processor, day-one software updates, and a great camera. It doesn’t have the size or battery life of the Moto G Power, but those are easy trade-offs.

If you can stretch to $400, it’s also worth considering the iPhone SE, but I know that’s a bit of a stretch when your initial budget was $250. So, in Android-land, the Pixel 4a is the phone to beat.

Alternatively, there is something to be said for just buying last year’s Moto G Power. It’s still available, and now discounted to $220. As noted it has effectively the same performance, plus a higher-resolution screen and the same amazing battery life. This could be the 2021 G Power’s biggest problem.

The Moto G Power doesn’t have real water resistance to lean on, but the plastic body should survive most drops and dints. With care, the phone should last a standard two-year cycle, though at the end of that two years it will probably start seriously slowing down.

Not in this price range. The Moto G Power is far from perfect, but at $250 it’s about as close as you’re going to get.