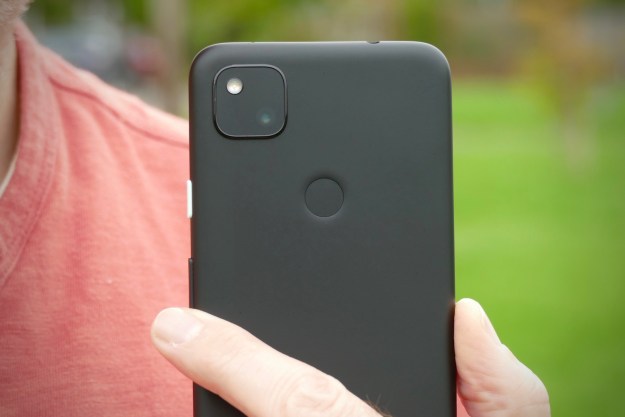 There’s a good chance you already know the Google Pixel 4a is cheap at $350, that the Android software is often upgraded and easy to use, and that the little phone is a solid enough everyday companion. You’ve probably also heard the camera is good too, but are you aware exactly how good it is?

It’s so good that it’s really the only reason you should consider buying the Pixel 4a. Because here’s something else you may not know about the Pixel 4a: It’s a bit dull otherwise. I’ll explain.

The Google Pixel 4a’s camera is staggering to the point of disbelief in terms of its ability, and it embarrasses cameras on phones that cost two or even three times what the Pixel 4a costs. There’s just one 12.2-megapixel camera on the back of the Pixel 4a. It’s a no-nonsense sensor with optical image stabilization (OIS), and that’s about it. There’s no wide-angle mode, no optical telephoto mode (although it will digitally zoom in by cropping the image), and no fancy features like 8K video recording. Instead, it has Google’s computational photography expertise behind it, and that makes all the difference to its ability.

This isn’t a new formula either, as the Google Pixel 4, Pixel 3a, and Pixel 3 all have great cameras for the same reason: Software prowess rather than hardware muscle. While the lack of flashy extras and multiple lenses does slightly limit the camera’s versatility, you can’t have everything for $349 — and what you do get will be plenty for anyone without an unlimited budget to spend on a smartphone.

Colors are wonderfully natural, exposure is spot-on, and the dynamic range is always perfectly judged. Each photo you take will come out the way you want it to, without the need to edit, in almost all environments. The portrait mode has better edge detection than cameras with multiple sensors, and the Night Sight mode is incredible, perfectly managing brightness and contrast for natural color balance in dark scenes. Removing concerns about the end result increases your creativity, and your confidence.

Close-ups are shockingly good, too. The pictures of the Nodus Sector watch taken at 2x zoom show masses of detail, and even at full 7x digital zoom, the photo isn’t ruined by noise or pixelation. The Pixel 4 has been my go-to for close-up watch photos for a while — the close-ups in the G-Shock Frogman review were taken with the Pixel 4.

When I wrote my hands-on report of the Asus ZenFone 7 Pro, I was in the middle of moving, and my camera equipment was already stuffed inside a box. I needed to photograph the phone, so I used the Pixel 4a. The results are, in my opinion, excellent and only needed a few tweaks before being used in the article. It’s not that the photos were good that surprises — it’s the confidence I had in the Pixel 4a’s ability to just grab it and take the pictures. I didn’t feel the need to find my primary camera, when I knew the Pixel 4a would handle the task without requiring extra editing attention. I simply wouldn’t have the same confidence in many other phones, at any price.

It’s not just the photos either — the app and controls are excellent. Tap to focus and the camera maintains the focus as you adjust position. What’s really great is that it shows you it’s doing this on the screen with a moving focal marker. It’s a little thing, but it gives you confidence the photo you take will appear how you want it to. There’s easy adjustment and locking of the brightness and exposure, and a handy horizon meter that gives a subtle haptic alert when it’s level. It’s all just so polished, fast, simple, and unbelievably capable.

Remember, I’ve just described a single-lens camera on the back of a $349 smartphone. Whatever you’ve heard about the Pixel 4a’s camera, it’s all that and a bit more. It’s the major, and for many people. the only, reason you to buy the phone.

The Pixel 4a’s camera makes me go wobbly at the knees, but the design and materials used make my eyes roll. It’s like the entire design budget was used up on making the power button a slightly minty green color, because the rest is cheap-smartphone-circa-2015 level of snooze-dom. You can argue that it doesn’t matter because the camera is so good, but it’s not true — the hasty that’ll-do approach seemingly taken here makes me not want to use the phone for very long. I’ll concede it’s better-looking than the Pixel 3a from the front, thanks to its much smaller bezels, but this is hardly glowing praise.

Black plastic is the most basic material Google could have chosen, and it’s as dreary as it sounds. The texture provides some grip, but it has a tendency to get greasy and look ugly. The fingerprint sensor on the back is functional but very 2016, while it looks to me like the camera sensor and flash have been put in the wrong holes in the boring square module. The buttons on the side only succeed in feeling even cheaper than the black plastic casing.

When you get the Pixel 4a out of your pocket or put it down on the table, you won’t feel any emotion at all. It’s the unbranded plastic carrier bag of the smartphone world. It’s the reminder that this is, indeed, a $349 phone.

Outside of the superb camera and dull design, everything else about the Pixel 4a ticks the box marked “fine.” It’s acceptable in the way that it all works, but never dazzles. The 5.8-inch OLED screen is a good size and, on paper, the 2340 x 1080 pixel resolution is great for the price, but in reality it can be a little drab and doesn’t get bright enough. I don’t recall having the brightness below maximum at any time, and in bright sunlight or overcast conditions, it’s still not very legible.

Much is made about Google’s version of Android on the Pixel phones, and it is well-organized and inoffensive on the eyes, but it’s really the three years of guaranteed future software updates that appeal rather than any flourish in the operating system. The Qualcomm Snapdragon 730G processor with 6GB of RAM is, well, fine, but that’s all. The benchmark results show how the phone is acceptable for everyday use, whether it’s used for gaming or browsing:

The one area where it does manage to elevate itself to “good” status is the battery. I get two days from it with moderate general use, although it doesn’t react well to extended video calls or other power-intensive actions. Charging takes nearly a leisurely 1 hour and 45 minutes, but we can’t expect much else when the phone is cheap. Google’s clever software does a good job of managing apps that demand power, so they don’t cause too many problems.

The Google Pixel 4a costs $349 U.S., or 349 British pounds, and is available through Google’s own online store and from Amazon, plus a selection of carriers. These include Verizon and AT&T in the U.S., and Vodafone in the U.K..

If you aren’t that worried about taking fantastic photos and just want a cheap smartphone, the Nokia 5.3 is just $200 with a larger screen, Android One software with regular updates, and a slightly more interesting design. If you want a phone that looks better and still has a good camera, the $399 Apple iPhone SE 2020 is a great purchase.

Buy the Pixel 4a for the camera. It’s genuinely unbelievable how capable it is, for any price, and the photos it takes are stunning. Just be aware the rest of the phone, software aside, is desperately ordinary.

Topics
Video-editing app LumaFusion to get a Galaxy Tab S8 launch
The best smartwatches for 2022: Apple Watch Series 8, Galaxy Watch 5, and more
When is my phone getting Android 13? Google, Samsung, OnePlus, and more
The best Samsung Galaxy S21 Ultra screen protectors
The U.K. wants to break up Google and Apple’s cloud gaming stranglehold
Should you buy a tablet on Black Friday or wait for Cyber Monday?
Cheap Galaxy Z Flip 4 deal means you can avoid making the same mistake as me
5 phones you absolutely shouldn’t buy on Black Friday
How to set up and use a second line on an iPhone with an eSIM
Apple iPad Mini just got a $100 discount for Black Friday
Apple’s MagSafe Leather Wallet for iPhone is 24% off for Black Friday
Why the cheap Pixel 7 ruins all other Black Friday phone deals
MagSafe PopSockets are life changing, and on sale for Black Friday