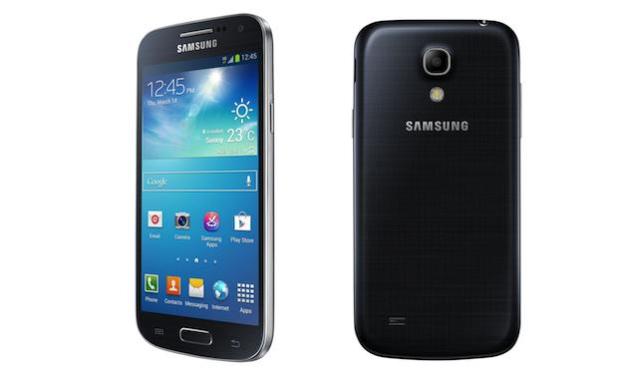 Samsung has done what we all knew it would and announced the Galaxy S4 Mini, a smartphone it describes as, “A powerful yet compact version of the bestselling Galaxy S4.” It pulled the same trick last year with the Galaxy S3 Mini, which irked more people than it pleased, due to its less than stellar spec sheet. Well, those people aren’t going to like the S4 Mini much more, although it does have one or two redeeming features.

It certainly lives up to its Mini name as far as the design goes, as the shape is nearly identical, and it will come in the same Black Mist or White Frost color schemes. Flip the phone over and the layout is the same as the full-size S4, with an 8-megapixel camera lens mounted above the flash, and the speaker down in the bottom left of the smooth rear panel.

Android 4.2.2 comes pre-installed, and of course, TouchWiz sits over the top. It’s not quite as bloated as the S4 – probably due to the comparatively low processing power – but still comes with the S Translator, Sound&Shot, and Story Album, plus S Health can be downloaded separately. The gesture controls and picture-in-picture camera mode aren’t listed, giving you another reason to lust after the S4.

Perhaps the best news regarding the S4 Mini is it’s a 4G LTE device, and also connects to 3G HSPA+ networks, which depending on its eventual price, does make it considerably more attractive than the Galaxy S3 Mini. It also has an Infrared blaster for controlling your TV, a microSD card slot, a 1.9-megapixel video call camera, GPS, Bluetooth 4.0, and NFC connectivity too. The whole package is wrapped up in that 8.9mm thick, 107 gram chassis.

We were expecting the Galaxy S4 Mini to make its debut at Samsung’s London event next month, and sure enough, the phone will be on display; but it certainly won’t be one of the show’s major announcements. Samsung hasn’t provided a firm release date for the S4 Mini yet, but we should hear more on June 20.