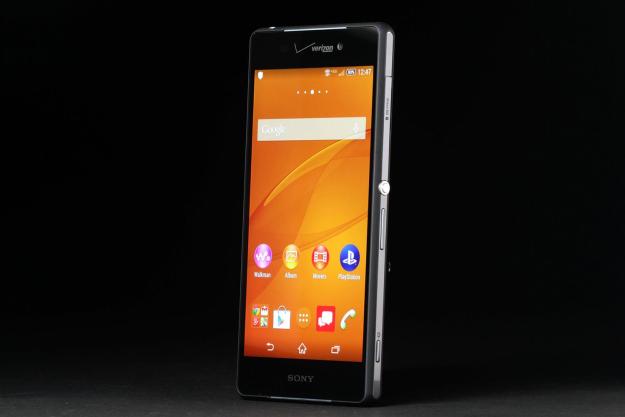 “Sony's T-Mobile Xperia Z3V is an amazing phone that measures up with the best Android has to offer.”

Sony is just getting started in the United States. Its first carrier partnership came with T-Mobile and its Xperia Z3 recently arrived at the Uncarrier, but it also made its way to Verizon. The Xperia Z3V is a specially created version of the smartphone that Sony and Verizon made together to suit the carrier’s customers.

However, most of the specifications and features are the same on both models, so we’ve placed them side-by-side in this review. Is Verizon’s take on Sony’s flagship smartphone better or more of the same?

Sony’s Xperia smartphones all follow the same design language. When we first saw the standard Xperia Z3 from T-Mobile, we almost thought it was the Z2. It has the same glass back and sleek metal edges. But once we looked a little closer, we saw that the metal inserts had been smoothed out and rounded off to make the frame more seamless than the previous generation. The Xperia Z3V, on the other hand, looks even more like the Z2. The same metal inserts and bulkier design make the Z3V a near twin of the Z2.

Verizon’s Z3V has a rubbery grip along the edge that prevents sliding.

Verizon’s special additions make the Z3V thicker and a touch heavier than the standard Z3, but the overall look and feel is the same. Still, we prefer the softer, more rounded look of the Xperia Z3. Verizon’s version looks too bulky and square to our eyes.

The only downside to the T-Mobile model is that the slick glass back and smooth metal frame threatens to slide right off the table. Verizon’s Z3V has rubbery grip along the edge that catches on the tabletop, saving the glass-backed phone from imminent disaster.

For the most part, the ports are in the same location on both models, but there are a few differences. The circular power button rests on the right-hand side of the handset, right above the volume rocker. A MicroSD card slot is placed above the power button and the dedicated camera button lies below the volume rocker. On both models, the Micro USB charging port is on the top left. The SIM card slot is also cleverly concealed right below the charging port on the Z3V. The regular Z3’s SIM card slot is next to the MicroSD card slot.

Both handsets are water resistant, meaning that they’ll last 30 minutes in 1.5 meters of submersion, thanks to that IP 65/68 rating. We spilled water on both versions of the Xperia Z3, submerged them in the sink, and held them outside in the rain. We’re glad to report that all this water exposure didn’t dampen the power of either Xperia Z3 in any way.

Same core specs on both versions

Verizon may have added its own flair to the Sony Xperia Z3V, but it didn’t mess with the core specs of the device. Both models sport 5.2-inch LCD screens with 1920 x 1080 pixel resolutions. Sony’s Triluminos Display Technology ensures that the screens are bright, colorful, and sharp, even if they’re not Quad HD, like the LG G3 or Galaxy Note 4 screen. Videos look great on the screen and colors were true-to-life. We also really like the size of the Xperia Z3 – it falls right in the Goldilocks zone: not too big and not too small, much like the Verizon Droid Turbo.

Water exposure didn’t dampen the power of the Xperia Z3 in any way.

To power its latest Xperia handset, Sony packed a 2.5GHz quad-core Qualcomm Snapdragon 801 processor into the device alongside 3GB of RAM. Internal storage starts at 32GB, but there’s a MicroSD card slot for expansion, so you shouldn’t run out of space any time soon.

The Snapdragon 801 isn’t Qualcomm’s newest or fastest chip, but it is still a rambunctious processor. We haven’t experienced any delays while launching apps, loading websites, or downloading big files. When we streamed videos on Netflix, there was no buffering and our favorite shows loaded fast. The glass back did get hot after an hour-long show, though. Like every flagship phone from 2014, the Xperia Z3 and Z3V conquered tasks with speed and style. It’s hard to go wrong with smartphones this year. Everything is pretty nice.

In benchmark tests, the two handsets were nearly dead even. In the Quadrant test, the Z3 models scored around 21,000, nearly matching the Samsung Galaxy Alpha’s score of 23,334. The 3D Mark Ice Storm Unlimited test yielded similar results, with the Xperia Z3 coming in around 18,500 and the Alpha reaching 20,448. The Z3’s score on the 3D Mark test is right on par with the Samsung Galaxy S5’s 18,500, but less than the 2014 Moto X’s 19,395 points. What does this mean? Well, it means it has just about as much power as any phone these days. There’s no internal reason to avoid the Xperia Z3 or Z3V.

Even though it’s not the most powerful phone on paper, the Z3 performs well in real life, so you shouldn’t have any problems with it.

Enough bloatware to clutter up your home screen

Currently, the Sony Xperia Z3 and Z3V run Android 4.4 KitKat, but the company assures us that the handsets will get the Android 5.0 Lollipop update sooner rather than later. After testing Google’s latest and greatest OS on the Nexus 9, we can’t wait to see it on the Xperia Z3. The clean interface and new look will really freshen things up.

Sony’s interface skin is pretty tame in comparison with other manufacturers’ takes on Android, but there are still a lot of Sony apps to clutter up your home screen. T-Mobile adds just a few apps to its version of the phone, but Verizon lumps in all kinds of annoying bloatware (NFL Mobile, Amazon apps of all sorts, etc). If you prefer pure Android or a less jacked up experience, these add-ons might irritate you.

Of course, it’s easy to ignore these apps, and you can use all the Google app alternatives instead. The only really bad news is that the apps are impossible to uninstall and they each take up some of the limited storage on the phone.

One of the best smartphone cameras

Few smartphone manufacturers can boast that they are also camera makers, but at Sony, things are different. The company produces many high-end cameras and much of that imaging technology translates over onto its smartphones. Sony’s Xperias have always had exceptional cameras and the Z3V’s is no exception. It has a 20.7-megapixel camera with a special 25mm lens, an ISO sensitivity of 2800, and an improved SteadyShot stabilization mode.

The camera takes great photos in almost any light, though it did occasionally bleach out colors indoors on super sunny days. Overall, the Xperia Z3 took gorgeous shots with rich colors and sharp details. It remains one of the best smartphone cameras around, even if it can’t match the power of the iPhone 6 and 6 Plus cameras.

Battery life is the same on both models

The battery life of both models was the same, too. Perhaps the Verizon version lasted a tad longer, but not much. The Xperia Z3 can last through about a day and a half of use on a single charge, but that number will decrease if you watch videos. This is very competitive battery life. It’s right in there with every other major phone.

The Xperia Z3 is a classic Sony smartphone. It follows the company’s signature design aesthetic and doesn’t break the mold in any way.

If you’re a Sony fan and you want an Xperia, this is a fantastic choice and is in league with a number of incredible flagship phones, including the LG G3, Samsung Galaxy S5, and the HTC One M8, which are all out for the same price or less, depending on your carrier.

Sony’s Xperia Z3 doesn’t have brag-worthy features, but it is another monster handset in a sea of fantastic phones this year.