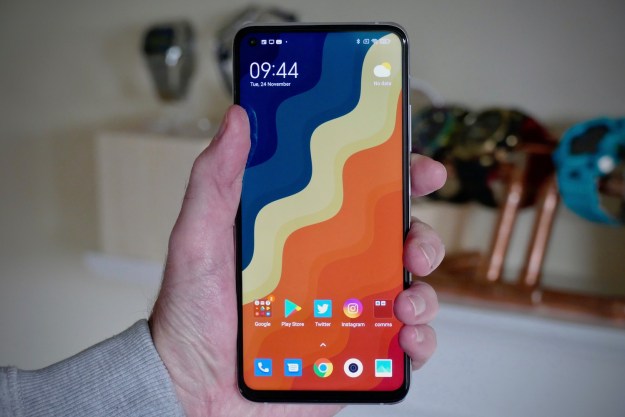 “The Xiaomi Mi 10T Pro has plenty of power and ability, but the big, heavy body and LCD screen means it doesn’t feel as up-to-date externally as other phones.”

Getting massive phones right is difficult, as proven by the Xiaomi Mi 10T Pro. It’s a whopper, and matches the Samsung Galaxy S20 Ultra in overall size, but Samsung’s big phone is considerably more comfortable and natural to hold than the Mi 10T Pro. The reason why comes down to a few ergonomic choices that add up to making it more unwieldy than we would want. However, there’s no denying the phone’s ability, or its competitive price. I’ve been using it, and this is what it’s like.

How whopping are we talking here? The Xiaomi Mi 10T Pro weighs 218 grams, is 9.3mm thick and 76.4mm wide, and because it has a flat rather than curved screen, it feels every bit of this size plus a bit more. Handling the Galaxy S20 Ultra proves the Xiaomi’s dimensions are misleading, as the Samsung phone is wider and a little heavier, but the curved screen and thinner frame hides these things more effectively. Don’t buy the Mi 10T Pro if you’ve got small hands.

The fingerprint sensor is hidden in the power button on the side ,and while it’s fast and accurate, the way you have to grip the phone to use it contributes to it feeling ungainly. The back of the phone — the model seen here is in Lunar Silver color — is a matte finish sheet of Gorilla Glass 5 that does get quite smeary with use, but looks very pretty in the right light. The camera module adds another few millimeters to the phone’s thickness, but at least the unusual design is eye-catching.

I do like the modern look of the Xiaomi Mi 10T Pro, and its solidity in your hand gives it a reassuringly hefty feel and emphasizes the excellent build quality, but I found it tiring to use. It’s mostly the fault of the flat screen and thick chassis, and I was often pleased to pick up my iPhone 12 Pro and use that instead. All this said, if a phone the size of the Galaxy S20 Ultra appeals, but the price does not, then the Xiaomi Mi 10T Pro is worth considering.

Xiaomi’s Mi 10T Pro may rival the S20 Ultra in size, but it does not do so in screen technology. Xiaomi has chosen an LCD screen for the phone, and while it has all the right specs — 144Hz refresh rate, HDR10+, and a 6.67-inch size — you will miss the contrast, colors, and sheen delivered by an OLED screen. Not only that, the lack of OLED means the phone does not have an always-on mode, which I always miss.

About that 144Hz refresh rate — it simply doesn’t look as effective as I’ve seen on other phones. Scrolling through Twitter, for example, is smoother and less blurry on the 120Hz Galaxy S20 Ultra, and arguably the 60Hz iPhone 12 Pro, too. Zipping through the general operating system is pleasing to the eyes, but adding the high refresh rate to an LCD seems to be a bit of a half step, as the OnePlus Nord N10 5G left me with a similar impression.

Overall, the Mi 10T Pro’s design and screen are perfectly acceptable, but it does feel a little aged compared to other big-screen phones available over the past year.

This is a top-spec smartphone with a Qualcomm Snapdragon 865 chip and 8GB of RAM, and that’s reflected in the phone’s performance. It’s seriously fast, whether you’re watching movies, playing games, or just zipping around the software. It has Xiaomi’s MIUI 12 over Android 10 installed.

The most annoying part of MIUI on the Mi 10T Pro is the decision to split the swipe-down menu from the home screen, with a right-hand swipe bringing in the quick access panel and a left-hand swipe showing notifications. Almost without fail, I’d swipe down the quick access controls. Reaching across the screen with one hand is difficult, due to the phone’s size, and a frustrating design choice in the software.

MIUI is endlessly customizable, so if you want to change the way your phone’s software looks, it offers plenty of potential. You can select an app drawer or have app icons spread across multiple home screens, and this feature is a good example of where MIUI frustrates even when its intentions are good. When you apply the app drawer option, all your app icons remain on multiple home screens, leaving you with a cleanup job.

I played Asphalt 9 Legends over my review period, and the game is immensely fast and smooth, but there’s a little heat from the back for the phone when gaming. However, this isn’t unusual for phones with the Snapdragon 865 inside. The size and weight of the phone does help here, as it’s comfortable to hold in landscape, even though the big camera module can dig into your fingers. This adds up to gaming being one of the Mi 10T Pro’s greatest strengths, right down to the great audio from the dual speakers.

Xiaomi’s MIUI does require some getting used to, in the same way as Huawei’s EMUI does, but once you’ve set it up, it’s manageable and usable on a daily basis. I didn’t experience any reliability problems. However, forced to choose between it and using Samsung’s OneUI, Google’s Pixel software, or Apple’s iOS, it would come in last due to the confused design — icons are rarely the same shape, for example — and some usage frustrations.

The camera module contains a 108-megapixel main camera, a 13MP ultrawide camera, and a 5MP macro camera. The 108MP camera is the Samsung HMX 1/1.33-inch sensor, which was developed with Xiaomi and has the ability to shoot 8K video. There’s no optical or hybrid zoom, but it can digitally zoom to 30x.

The camera app is a little busy, and not always very logical. There are many features to play with here, including a long exposure mode, the ability to shoot video with the front and back camera at the same time, and a dedicated 108MP photo mode. However, finding these features doesn’t always make sense. For example, to activate Macro mode, it’s not under the More option, but is found under the drop-down menu at the top of the screen.

The big sensor doesn’t perform as well when getting close to subjects, but I didn’t have any focusing problems. The 5MP macro lens is more usable than the useless 2MP cameras found on some cheaper phones, and even the digital zoom can produce some good photos, provided you’re not too picky.

Selfies taken with the 20MP front camera are sharp and full of detail, although the various lighting modes are not as effective as Apple’s modes. Portrait mode is available front and rear. Using the back camera edge recognition isn’t great compared to phones like the Pixel 5, but the app does provide plenty of adjustment and editing options. It’s better when it’s able to see a face, as is the selfie camera. Night mode is decent at dusk, adding atmosphere without making shots look like daylight.

The Mi 10T Pro’s camera is fun and versatile, and delivers photos with plenty of atmosphere, capturing wonderful colors with just the right amount of contrast and a pleasing dynamic range, even in difficult overcast conditions. Some of the additional features can be fun, but there are an awful lot to try, and not all of them are successful.

It’s a massive 5,000mAh battery inside the Mi 10T Pro, and it has lasted me two days with average use. Push the phone hard with gaming and extensive video — streaming or calls — and it won’t get you through the second day. However, you won’t have any concerns about a single day. There’s 33W wired fast charging, but no wireless charging.

The phone has a 5G modem, but I do not have coverage in my local area, so have been unable to try it out. I got a decent 4G LTE signal, but call quality isn’t as clear and reliable as it is on some other phones I’ve used recently, including the Samsung Galaxy S20 Ultra.

Where the Mi 10T Pro wins points is in price. It costs 599 British pounds, or about $800 U.S., through Xiaomi’s own store and various U.K. networks. It’s not available to purchase officially in the U.S., but can be imported. Importers sell it for around $800. However, it’s worth noting it’s not an official U.S. phone, and although it will operate on GSM networks like T-Mobile and AT&T, the phone may not always grab the best signal due to band compatibility.

The Xiaomi Mi 10T Pro is a competent, if a little unexciting that provides top-level specs at a reasonable price. Its overall size and weight hasn’t been as well managed as on other larger phones, making it feel a little ungainly, but there’s no question it’s highly capable when it comes to performance and camera.

The Mi 10T Pro does not have water resistance, but it does come with an attractive transparent silicone case in the box. The specifications are great and it has , so on a technical level, the phone will last for several years without a problem. Xiaomi updates its own software often, but there’s no guarantee when an update to further major versions of will arrive. There is no official release date for 11 with MIUI 12 on the Xiaomi Mi 10T Pro.

No. The Xiaomi Mi 10T Pro may have plenty of power and ability, but the big, heavy body and LCD screen means it doesn’t feel as up-to-date externally as other phones available for the same price.