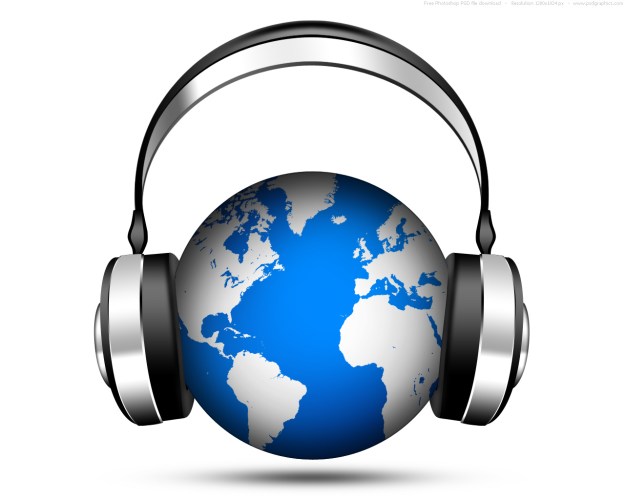 The music industry has been in a state of flux for awhile now. It feels like the moment Napster debuted, the entire market turned on a dime and has been grappling with the constant change every since. P2P download sites, iTunes, and the near-death of CDs has not been kind to music’s profitability – but there is hope.

The Internet may have been too big a game-changer for the industry to immediately adapt to, but now it’s shaping and creating new avenues for music to explore. And better yet – new ways to profit.

One of the best parts of the changing state of music is that music discovery sites have become hugely popular. We can remember the frustration of buying an entire CD only to be stuck with 10 songs you have no intention of listening to (and which the artists knew full well wouldn’t see the light of day). You would just get stuck in a rut, listening to the same artists churn out the same music, only a fraction of which you liked.

And then sites like Pandora came along, and in its wake sites like MOG, Last.fm, and Grooveshark. They aren’t catch-alls, and every so often you’re bound to be annoyed by the ratio of hits to misses. But they could replace radio (which is losing listeners) as a jumping off point for new artists, and an introduction to new hits for more veteran acts. All while including advertising possibilities and pricing options.

The concept behind Bjork’s groundbreaking app album Biophilia is so inspiring that we could see it becoming a major attraction for artists trying to sell their music. This progression seems only natural: Once CDs began to fade from style and consumers had moved to the computer, MP3 sales became a major platform, and now that buyers are spending so much time on smartphones coupled with the explosion of the app market, artists (or at least Bjork) are adjusting. We’re especially fans of the free album with in-app purchases, a business plan that has clearly proved able to rake in big bucks.

The idea behind Turntable.fm is necessarily a proven concept yet, but it’s certainly an attention-getting one. When it launched this summer, the Internet sat back and took notice, and clamored for an invitation. And then, addictively, we sacrificed our time and diligently began created playlists in hopes or being voted “Awesome.” If you don’t know what we’re talking about, then you never had to grapple with the obsessive, annoying tendencies that are symptoms of group DJ-ing sites like Turntable.fm.

Turntable.fm is part game, part music service, and all popularity-based – which is why users took to it so quickly and fervently. Whether or not it has staying power remains to be seen, but we think the idea could live on. We recently heard that Myspace was considering some sort of music competition woven into its forthcoming revamp.

So where would profit come in? Turntable.fm is free (for the moment), but advertising as well as possible fees for indie artists who want to break into the industry are just a couple of possibilities. We could also see premium rooms added, where artists themselves are DJ-ing and fans pay to get in, taking music interaction to a whole new level.

This is perhaps the most obvious and basic route for music, but subscription music services are relatively new. As it continues to gain steam, labels are starting to give the business scheme more credence. The all-you-can-eat, pay-as-you-go, and ad-free options are just too tempting for consumers that want the ability to pick and choose. Customization, flat payments, and instant access are just a few of the reasons it’s such an attractive option for listeners.

The previous concepts have all been introduced, to varying degrees, but this is one we’re still waiting to see take off. Plenty (if not all) have social networking features integrated, whether it be a share button or the ability to see what you’re friends are listening. But the most popular social networking sites out there at the moment don’t include their own integrated music options. Facebook and Google+ have just about every kind of digital media involved in their sites: Location-sharing, video and photo uploading, games, video chat – and the list is growing. Twitter even has a slew of features. And we’ve heard there’s interest in media hubs for these types of sites. Rumor has it Facebook is working on fully-integrating Spotify into its site, and that might mean G+ will work Music Beta into its own offerings.

Many consumers want the whole experience, all of their Internet-media in one place. How popular this is becoming can be evidenced by Facebook: Users chat, video call (which is gaining momentum on both Facebook and G+), play games, post photos, and watch movies on the site. Why not integrate a music player directly into the dashboard? It’s supposed to be on the way, and then we’ll have a better idea how exactly music could grow here.

The Internet has actually given independent and new artists a much larger, more accepting jumping off point. Now, sites like Indie rock cafe, New indie bands, SomaFM, and OurStage are all ways to find new, undiscovered music. They’re free for listeners, and a way to get the word out for unsigned musicians. That wasn’t previously quite as easy, but thanks to the Web, everything’s only a few clicks away from being broadcast to nearly the entire world.