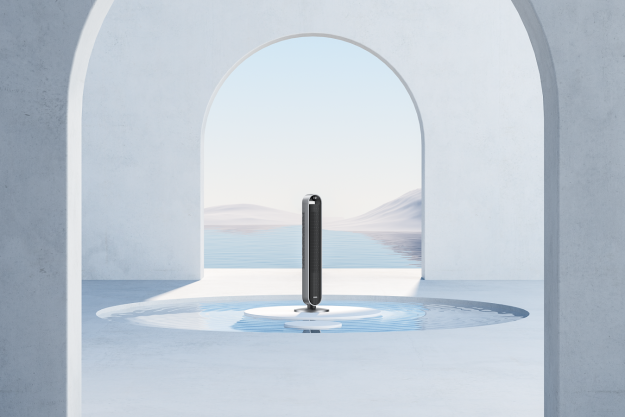 “The Pilot Max S lets users control their smart fan with their voice, along with up to 12 different speed settings -- but that level of granularity just doesn't seem like enough to warrant the price.”

With summer in full swing in many parts of the country (and bringing heat waves with it), you need to stay cool — especially if you have second floors of your home that aren’t quite as optimized. That’s the struggle I face; my upstairs loft is a game room, perfect for whiling away the hours on muggy July days, but it stays easily five degrees warmer than the rest of the house.

As long as I use a fan, it’s perfectly comfortable — but the issue comes at night when I’m dragging myself to bed and hear the fan on upstairs. The last thing I want is to climb back up there to shut everything off. That’s where the Dreo Pilot Max S comes in. This is a connected smart fan that can be controlled via my phone, Amazon Alexa, or Google Assistant, and does a great job of hammering me with cooler air. It’s just a shame it can’t do anything about keeping my palms dry during some of the tougher moments of Tunic.

There’s not much to installing a smart fan. The most finicky part of the entire process came in the form of attaching the base, and even that took less than 30 seconds. The entire Pilot Max S is assembled out of the box; even the stand only needed to be snapped together and secured at the bottom. The hardest part was finding the included remote, which didn’t have its own packaging and ended up at the bottom of the box among a pile of packing supplies.

Setting up the Dreo Pilot Max S was as simple as pressing the Wi-Fi button atop the fan for three seconds until it became discoverable within the app. After that, I just needed to tap a few buttons to carry through the rest of the process. Straightforward and simple, just as smart home device setup should be.

You can control the fan through onboard touch capacitive buttons, through the use of an included remote, through your phone, or with voice controls. That’s more than enough options for the average person; in most cases, I didn’t even bother with my phone. I just sat down at my desk and reached for the remote. Alexa came in handy for turning off the fan at night when I didn’t want to dig through a smartphone app.

The rest of the time? Honestly, once I set the fan speed I liked, I rarely touched the settings. I don’t use oscillation since I sit in one spot, and because the fan is upstairs, the sleep setting wasn’t necessary.

One of the main selling points of the Dreo Pilot Max S is that it’s quiet. According to some of the branding and marketing material, it’s “undetectable.” That’s not quite true. At lower speeds, it’s so quiet you won’t notice it — at all. You won’t even feel the air on your skin. Of the 12 different fan speed options, I found 9 to be the ideal level. At level 12, you’ll definitely notice it. The fan sounds like a jet preparing to taxi down the runway.

The app forgoes any aesthetic appeal in favor of function. In most circumstances, I’d agree with that design choice — but when there are so few functions, it might not be a bad idea to make it a little more appealing to look at.

The app displays the name of the fan, the indoor temperature where the fan is located, and then gives you access to four different control settings.

On the right of the app is an adjustable slider for changing fan speed. Below that, you’ll find a quick-tap button for turning oscillation on or off, as well as for setting a timer.

Swiping up from the bottom of the app provides access to a user manual, a FAQ page, and options to mute the chimes of the fan and manipulate auto-brightness settings. This is also where you connect your voice assistants if desired.

Like I said: not a lot there, but it’s enough to control the fan.

It looks more like where you’d place a well-aimed shot to destroy a Death Star’s core reactor.

Though the Dreo Pilot Max S does a lot of things right, its design is not one of them. It’s not exactly an ugly device, but it does look very industrial. Like the app, it seems little thought was put into the appearance of the device in lieu of functionality. While that’s a better decision than focusing too much on looks and not enough on functionality, this is something people are going to look at every day in their homes. It should hold some aesthetic appeal, but it looks more like where you’d place a well-aimed shot to destroy a Death Star’s core reactor.

There’s not much to say about the Dreo Pilot Max S. It’s a fan with smart functionality, and that’s pretty cool. It does what it’s meant to do and keeps an area cool, though I can’t say I noticed much of an overall decrease in the room temperature while it ran. Is it worth the $130 to buy the fan versus investing in a normal fan and hooking it up to a $25 smart plug? I’m not sure — but I can say I don’t think I would have spent that much on it had it not sent to me for review. This feels like a smart device that needs to be about half that cost. At $75, I can see it being a solid purchase.

Dreo has several other alternative models at lower price points that do nearly the same thing. The element that prices this one higher is the Sleep mode, and that doesn’t strike me as enough to warrant the increased cost. After all, who minds a little white noise while they sleep? If you’re looking for a high-end smart fan that doubles as an air purifier, consider checking out the LG PuriCare AeroTower. Though it costs a whopping $600, it’s packed with functionality. Plus, it looks nice.

The fan is well-built. I suspect it will last quite a while, even with the moving parts. If something does go wrong, Dreo offers a 12-month warranty, as well as a 100-day money-back guarantee.

Not this particular model. A smart fan is a great investment but look into one of Dreo’s other models rather than spending $130 on this. Once the Pilot Max S comes down in price a bit, it will be a great purchase — till then, the price point just feels a little steep.