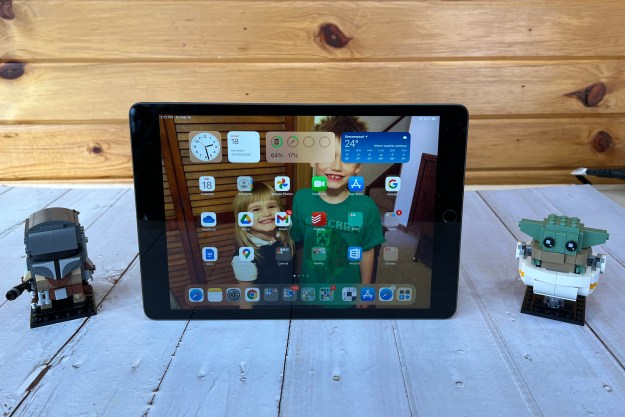 “The iPad 10.2 (2021) is the best iPad you can buy today. There are few discernable upgrades over the previous two generations, but if you don't have one, this is the one to get. If you do, there's no point in upgrading.”

If you’re shopping for a tablet, statistically speaking, you’re probably shopping for an iPad — and not just any iPad, but the mainstay 10.2-inch iPad. After all, there’s a reason Android tablets have not made much of a dent in the mobile computing space.

In 2019, Apple started getting really serious about iPads by spinning off iOS into iOS and iPadOS. Around that same time, your average, base-model iPad stopped changing from generation to generation. Sure, they got tiny spec bumps here and there, but if I handed you an iPad from any of the last three years, you would be hard-pressed to tell me which one you have in your hand.

For the most part, that’s fine. The base model iPad is arguably the best tablet you can buy on a budget. If it ain’t broke, don’t fix it, as the saying goes. So you get the same size screen, same Touch ID sensor, same size battery, and even the same chassis. You can seriously take your iPad 10.2 (2019) out of its case and slide in an iPad 10.2 (2021), and it will fit perfectly fine. I know because that’s what I did.

So rather than walk you through all the same parts of the same tablet we talked about last year (and the year before), I’ll go over what’s different. This is our (mostly) full review of the iPad 10.2 (2021).

The key upgrade to any generation of iPad comes in the processor. The iPad 10.2 (2021) carries an Apple A13 Bionic processor, which is the same processor that ran the iPhone 11 series of phones. Apple is nothing if not efficient. The new iPad is theoretically faster than its predecessor, but I didn’t find any notable improvements in terms of app launch speeds, gameplay, or multitasking switching. There may have been a half-second shaved off here or there, but there’s nothing to write home about here.

Of course, a newer processor allows for some more longevity. Your iPad is generally not something you need to upgrade every year, nor even every other year. The iPad is capable of pushing games like Asphalt 9 and Call of Duty: Mobile with ease. I found myself able to multitask easily, switching between windows for research and even using Sidecar to set up the iPad as a second screen for my M1 MacBook Air.

One very welcome change to the iPad 10.2 is the fact that storage now starts at 64GB. Previous generations started at 32GB, which is paltry. To be perfectly honest, 64GB isn’t a whole lot better. But of course, Apple wants to entice you to upgrade to the next level of storage, which is 256GB. Depending on deals, and your use case, that might be a good decision. My typical configuration usually sits at around 35GB or so, but another game or two can suck away the storage faster than you can say “Epic Games.”

If you’re using the iPad mostly for productivity tasks, or video consumption, 64GB might be OK for you. You’ll have to limit the number of movies you load up for your road trip, and in that respect, 64GB is still too small. But if it weren’t, there’d be no temptation to kick in that extra hundred to go to 256GB, now would there? Again, Apple is nothing if not efficient. Still, I appreciate the upgrade.

While the cameras on the back of this tablet remain the same, the front-facing camera gets a big upgrade. The camera is a 12-megapixel 1080p camera, up from (not a typo) 1.2MP from last year. That’s right, that’s one-point-two megapixels. The new camera is also an ultrawide camera with a 122-degree field of view, which is what enables auto framing.

Someone reading this review might look at this list of differences between generations of iPad and wonder, “What’s the point in upgrading?” If there’s anything I can communicate to you about this iPad, it is that there is no point in upgrading. Even if you’re rocking an iPad 10.2 (2019), there’s probably little reason to upgrade.

The singular exception to that is the battery. A two-year-old iPad may start to have some battery life issues after going through two years of charge cycles. That would be about the only reason to upgrade at this point. The only other reason to upgrade would be if you live on FaceTime and you use an iPad for it. In that case, this iPad will give you a considerable upgrade.

The base model iPad is arguably the best tablet you can buy on a budget. If it ain’t broke, don’t fix it, as the saying goes.

None of that is to say that this is a bad tablet. Far from it. The point is, if you already have an iPad from the previous two years, you basically already have this tablet. There’s no reason to upgrade. But if you do decide to upgrade, you’ll be able to use all the same accessories with it, including cases, keyboards, and even screen covers. Which is probably my favorite part about it. There are so many mobile devices that have accessories built for that one device and nothing else. I don’t know if Apple was motivated by environmental concerns, or just a simple abundance of spare parts, but for whatever reason, this progression of iPads has that really wonderful side effect.

The iPad 2021 is the base model available right now. You can buy it just about anywhere including Amazon, and . It currently retails for $329, which is the same price as its two immediate predecessors.

Put simply, the iPad 10.2 from any of the last three years is the best value tablet you can buy. Apple supports the heck out of these things from a software standpoint, and they have the power to spare. The only issues I have with the iPad 10.2 (2021) are the same issues I had with previous generations. The screen is not bright enough, the TouchID sensor is slow, and it still uses a Lightning connector. But there’s still a robust app ecosystem, moving into a new iPad is ridiculously easy, and at the risk of using a cliché, the iPad usually just works.

For common, everyday tasks, the iPad 10.2 is our first, last, and only recommendation.

If you’re in the market for a tablet, you’re probably in the market for an iPad. More expensive iPads have more power and more Pro-level accessories like the second-generation Apple Pencil, Magic Keyboard, etc. If you’re the kind of customer that needs that, you know it. But for common, everyday tasks, the iPad 10.2 is our first, last, and only recommendation.

For the money? No. Now that my review period is over, I’ll be switching back to the iPad Mini, which is a great size and just as powerful. But it also costs almost $200 more. If you just want a content consumption machine and nothing else, the Amazon Fire HD 8 is a nice little tablet that costs a fraction of the iPad. But in terms of value and power for the money, this is the only game in town.

Apple supports its hardware for a long, long time in terms of software updates. If you put a case on the iPad and protect the screen, it’ll last you a long, long time, too. Apple covers the iPad with a one-year limited warranty. AppleCare, available for an extra cost, will usually get you two years of “just about anything” coverage, though there may be additional charges for repairs.

Yes. Dollar for dollar, this is the best tablet you can buy, if you don’t need Pro-level stuff. With this iPad, you can watch content, do some light video/photo editing, get work done, and more. It’s a very versatile device that can find its way into your life somehow. It doesn’t cost a whole lot either. But, if you already have an iPad 10.2 from 2020, or 2019, there’s no real upgrade here. Stick with what you have.