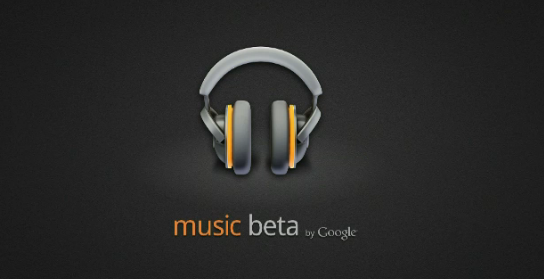 Earlier this week, Google finally unveiled its online music service, for the moment simply named “Music beta by Google”. The company has been in a heated race with Apple and Amazon (prior to its Cloud Player launch) to bring cloud-based music programs to the masses, and while the final product has yet to be seen, it took a major step forward with the Tuesday beta launch.

The only hitch is that it went forward without partnerships from any music labels. As it stands, Google’s music service is currently limited to 20,000 pre-loaded songs – songs the Internet giant assured the Google I/O keynote audience were legally in its possession. After Amazon’s legal woes concerning its own music player’s questionable lack of label support, it’s a legitimate concern, but Google headed it off early, claiming the service is “completely legal” because it allows users to store their own music. “We very much respect copyright, and we designed this service so that you can use your own personal music collection out of respect for those who create the music,” he clarified. When asked how Google would make certain the music being stored on its service was obtained legally, the team said it would deal with any problems brought to their attention.

When it came to dealing with record labels however, Google simply said the industry wanted compromises it wasn’t willing to make. And, according to the Hollywood Reporter, the industry is “pissed,” as one NARM (National Association of Recording Merchandisers) conference attendee says. Not only are record label execs frustrated with the entire attempt at collaborating with Google, they’re less than pleased with the comments Google has made about the situation. Google director of content partnerships, Zahavah Levine, said “we’ve been in negotiations with the industry for a different set of features, with mixed results…a couple of major labels were less focused on innovation and more on demanding unreasonable and unsustainable business terms.”

According to the new report, money was one of the largest issues. Companies would get wind Google was paying another label more, and the prices began rising. Piracy was another issue, and the labels wanted to be assured music files from illegal downloading sites would be prohibited, and furthermore wanted Google to “eliminate links to pirate sites and services from its search results.” Google’s own indecision about its product may have also strained its relationship with labels, as did Apple’s competing project, which certain record companies may be trying to sustain a deal with.

Video-editing app LumaFusion to get a Galaxy Tab S8 launch
This hidden iOS 16 feature turned my iPhone into the ultimate music discovery gadget
How to use Apple Music Sing
iPhone 14 satellite connectivity: how it works, what it costs, and more
iOS 16.2 is here, adding Apple Music Sing (plus a lot more) to your iPhone
The best rugged smartphones for 2023
The best iPhone games in 2023: 31 games you need to play right now
This Apple leaker just revealed tons of changes for iOS 17 and iPhone 15
Beats Studio 3 headphones are $120 off today at Amazon
How to cheat in Words With Friends
Trading in your iPhone with Apple? You’ll get less than yesterday
The best QR code scanning apps for iPhone and Android in 2023
3 reasons you should buy the Google Pixel Watch today