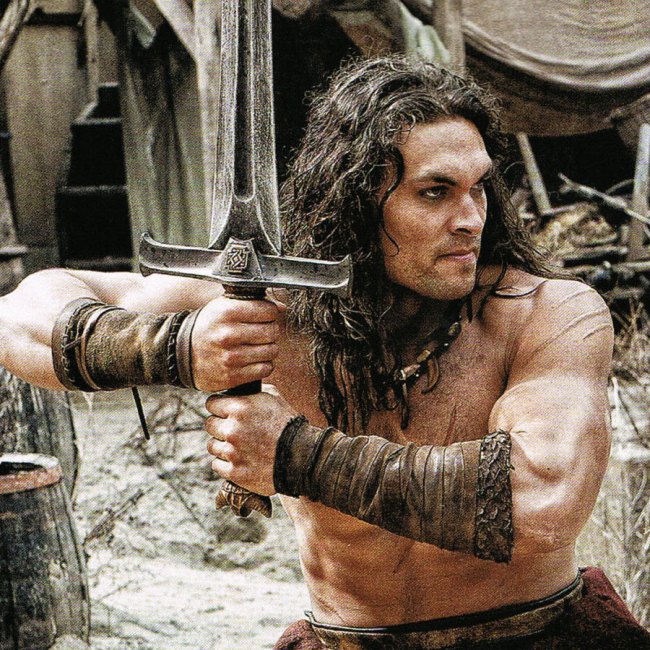 If you wait long enough, Hollywood will reboot or release a sequel to every move you’ve ever loved—especially if it is a genre film. Just give it time. Currently, Hollywood is fixed on the 80s, but don’t worry, 90s kids, your childhood will be mined soon as well. Children of the new century, your day is coming soon enough.

If a movie is at all successful, it will be rebooted. Red Dawn, The Black Hole, Excalibur, Dune, Fright Night, Total Recall, The Thing, Mad Max, Robocop–the list goes on and on and on–are all being developed (or perhaps redeveloped) or have already entered production, and you can expect more in the future.

This August the reboot wheel stops on an old classic, Conan the Barbarian. The original movie was one of the launching pads for Arnold Schwarzenegger and is considered a classic by many. It also spawned a sequel that is best never mentioned again.

The new remake, sans Ah’nold, stars Jason Momoa (Game of Thrones, Stargate Atlantis), Rachel Nichols (G.I. Joe: Rise of Cobra, Criminal Minds) and Stephen Lang (Avatar, The Men Who Stare at Goats). Conan will be released in 3D, because why not, and it will be directed by a guy very familiar with rebooting beloved franchises, Marcus Nispel (Friday the 13th, The Texas Chainsaw Massacre).

When a young Conan’s father (Ron Perlman) is murdered by raiders who also destroy his village, it sets the boy on a path that will lead him towards bloody revenge years later. And honestly, what else can you do with a name like “Conan?” Would you buy vegetables from a guy named Conan? Probably not. It is the name of a barbarian warrior that is not to be trifled with (and a late night talk show host, but that is beside the point).

Lionsgate has released a teaser for the movie a few months back, but it did not feature any real images from the film, so it was difficult to imagine how the movie would look. In the trailer below, we have our first real look at the world of Hyboria, as well as what to expect from Conan the Barbarian, which hits theaters on August 19.