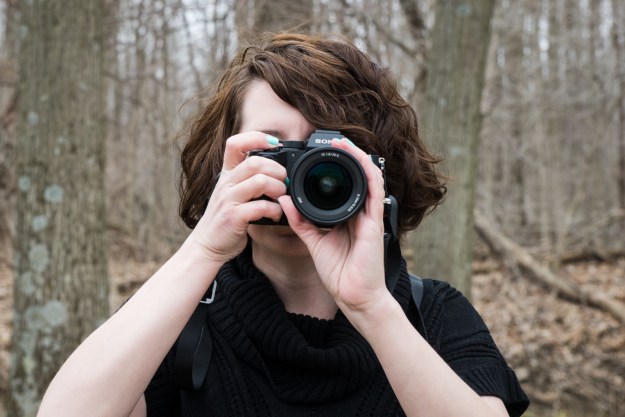 “With maximum sharpness and minimal distortion, the Sony 20mm lens is a near-perfect astrophotography and landscape lens.”

With the exception of third-party manufacturers, the Sony FE 20mm f/1.8 G is the widest full-frame E-mount prime lens yet. It is designed to capture more of the scene, offering a 94-degree angle of view — phone photographers can think of it as falling between the wide and ultra-wide lenses on an iPhone 11 — but matches that field of view with a large f/1.8 aperture, giving it great low-light performance.

While the focal length and aperture are made obvious in the name of the lens, other features Sony touts, like the “advanced optical design” and “Dual XD Linear Motor,” need deciphering. (I’ll get to that.)

But are those features worth nearly $900? Thanks to superior sharpness and minimal distortion, I have to say yes. This is still a niche lens, but its jargon-rich list of features is more than just marketing hype.

Part of Sony’s high-end G series (but not highest-end GM series), the FE 20mm f/1.8 is housed in a weather-sealed, lightweight body that felt right at home on the A7R IV that served as my test camera for this review. Those two linear autofocus motors help the lens match the performance of modern Alpha-series bodies, while a dedicated aperture ring with a declick switch extends its appeal to serious video shooters.

The lens feels sturdy and well-built. The barrel isn’t metal, but that helps keep the weight to a reasonable 13 ounces. At 3.5 inches long, it won’t take up much space in the camera bag and it accepts modestly sized 67mm filters.

What’s not obvious by looking at the lens is the optical design, constructed from 14 elements in 12 groups, with a nine-blade aperture that stops down to f/22.

An aperture ring offers direct control of the f-stop without relying on a camera-based control dial. This takes some getting used to, but it feels right in line with the way you naturally hold a camera in two hands.

The aperture ring isn’t just about ergonomics, however. With the de-click switch, aperture adjustments become silent and infinitely variable, something important to recording video. I definitely prefer having the click turned on for still photography, however, as you can feel how much you’ve adjusted it without looking. (The aperture value is still displayed in the electronic viewfinder, but the click just feels more reassuring).

Along with the aperture ring and de-click switch, the lens barrel houses a focus lock button and a switch to easily move back and forth from autofocus to manual. A standard focus ring lives at the front of the lens.

This is where the dual XD Linear Motor system comes into play, as it’s designed to create an autofocus that’s both quick and quiet. My experience measured up to those claims. The autofocus is pretty quiet. It’s not silent, but it won’t be distracting while shooting in a sensitive environment, like a wedding ceremony.

Autofocus speed was consistent with what we expected from being paired with the A7R IV — fast and accurate, only struggling with subjects most cameras struggle with, like shiny objects or where there isn’t much contrast.

The 20mm focuses very close to the front of the lens, about 7 inches. With the wide focal length, that’s not enough for true macro capabilities, but I wasn’t expecting the generous 0.2x magnification. For a wide-angle lens, this close-up capability opens up a range of creative possibilities for a wide array of subjects.

Let’s note that 20mm is an unusual focal length — 24mm is much more common for a prime, with wider angles typically covered by zooms, such as Sony’s FE 16-35mm f/2.8. The focal length is ideal for not only capturing wide views, but exaggerating the distance between objects, while the bright f/1.8 aperture simply can’t be matched by a zoom.

The lens does have some barrel distortion toward the edges, but less than expected for a wide-angle lens. Lines near the edges of the frame gently curved toward the corners, but this could be easily fixed in post.

Vignetting is also a common problem with wide-angle lenses, particularly with such large apertures, but the Sony 20mm had only a very slight darkening in the corners. A minor +5 adjustment in Lightroom took out the vignette entirely.

Even more impressive, however, is the resolution. Sharpness was excellent at the center, even wide open, and really helped show what the 61-megapixel A7R IV can do. Stepping down the aperture brought out a slight improvement, but when you want that dreamy, shallow depth of field, you don’t have to worry about sacrificing sharpness to get it. The edges only had slight falloff in sharpness that’s unlikely to be detectable in real-world shots.

Where the lens really shines is in astrophotography. This is certainly one photographic discipline where both bright apertures and wide angles are needed, and where sharpness is paramount. Stars are rendered as tiny pinpricks of light, without sagittal coma flare, even toward the edges of the frame. Paired with the resolution of the A7R IV, the lens helped capture an abundance of sharp stars.

Small light sources don’t suffer from the common flares, while larger light sources — like the sun or moon — will create starbursts. But flare is overall well-controlled in the FE 20mm, and even harsh light didn’t cause a big issue. Occasionally, a starburst was paired with a rainbow arc or some minor color shifting, but nothing major. Chromatic aberration also seems to be nonexistent.

Wide angles aren’t generally thought of for their bokeh, but the FE 20mm f/1.8 looks great here. With a nine-blade aperture, even shooting stopped-down will create soft and circular blur patterns. I couldn’t see any “onion rings” or other odd shapes that bokeh fans love to criticize.

For video, the lens produced more of the same, with sharp details and well-controlled flare. The de-clicked aperture is very impressive here; I could hear my own breathing, but couldn’t hear any mechanical noise as I adjusted the aperture while recording.

The wide angle, fast aperture, and high-end optics create an excellent mix in the Sony FE 20mm f/1.8 G. Sharpness is excellent, aberrations are minimal or nonexistent, and all the things that wide-angle lenses struggle most with — like barrel distortion and vignetting — are minor and, in most shots, barely discernible.

Retailing for $898, this certainly isn’t a budget prime. But for photographers regularly pulling out a wide angle, the high-end build and impressive optics are likely worth it. The lens is excellent for astrophotography, landscapes, and any other shot that needs a wide perspective.

The 20mm focal length isn’t very common, and for E-Mount shooters, it comes down to this Sony, the Sigma 20mm f/1.4 DG HSM Art, or just going with a zoom.

The Sigma is an excellent lens, but some users complain about distortion at the corners when shooting stars. Designed as a DSLR lens, it also weighs twice as much as the Sony. What’s more, the usual third-party financial benefit doesn’t exist here, as both lenses cost the same.

But the Sigma does have a brighter f/1.4 aperture for shots where every last bit of light matters. The Sony 20mm is likely the better option for most, however, since the benefit of f/1.4 over f/1.8 is fairly small, but the size and weight difference is huge.

The Sony 20mm is built well, so barring a major disaster, the lens should last several years. Lenses typically have long product life cycles, so we wouldn’t expect a replacement for many years.

Yes. If you need a bright, wide-angle prime in your kit, the Sony FE 20mm f/1.8 G delivers excellent quality in a lightweight, durable lens that isn’t too extravagantly priced.

Topics
Parrot’s 4G-connected Anafi Ai drone is the Google Maps car of the skies
Sony’s first drone, the Airpeak S1, rockets to 55 mph in just 3.5 seconds
The best travel cameras
The best point-and-shoot cameras
How to remove the background from an image
Instagram boss says to expect even more video content
6 awesome Earth images captured from the ISS in July
This GoPro Hero 10 bundle is $100 off at Best Buy today
The best iPhone tripods for 2022
Watch this Mavic 3 drone soar above the world’s highest mountain
How to watch DJI unveil an all-new drone today
DJI Avata vs. DJI FPV: Which first-person drone is best for you?
Astronaut reveals source of ‘intriguing’ bright light on Earth