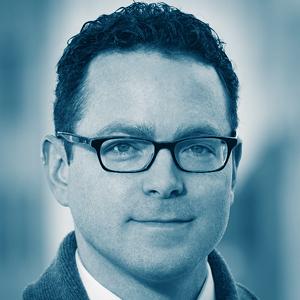 As Editor in Chief, Jeremy Kaplan transformed Digital Trends from a niche publisher into one of the fastest growing properties in digital media, ranking on the annual Inc 5,000 for three years running. Through DT, he can reach 30 million people every month; the website has over 4 million followers on social media. During his tenure, the publisher has won multiple awards, including a sought-after Digiday Content Marketing Award in 2019. The same year, Jeremy was named one of FOLIO: 100, honoring publishing professionals making an industry-wide impact.

Before joining DT, he served five years as the science and technology editor for FoxNews.com, where he made international news through a series of articles exposing Hector Xavier Monsegur as the head of LulzSec, revealing a months-long collaboration with the FBI, and detailing the ultimate takedown by law enforcement officials of the hacker collective.

Kaplan worked for over a decade as an executive editor at Ziff Davis Media, publisher of PCMag.com and Extreme Tech. While there, he helped found the GoodCleanTech blog, which was a 2008 finalist in the MIN Best of the Web Awards and the Jesse H. Neal National Business Journalism Awards Competition.

He's a sought after tech pundit and futurist who’s worked with organizations like the Consumer Tech Association to identify and highlight the world’s most innovative technology. Kaplan appears regularly on television and radio, including frequent appearances on Fox Business, Reuters, Cheddar, and NPR.

Articles by Jeremy Kaplan
The future of transportation: Self-driving cars? Try self-driving everything
March 16, 2021
The future of surgery: AR, VR, and virtual learning will upend modern medicine
Microsoft unveils Mesh, and with James Cameron, dives into mixed reality
Hands-on with Microsoft Mesh: I handed someone a whale shark, and it was awesome
The Future of Vision: Augmented reality contact lenses will make you bionic
An Amazon A.I. scientist wants to transform downtown Jackson, Mississippi
The Future of Sports: How biometric data and A.I. will revolutionize athletics