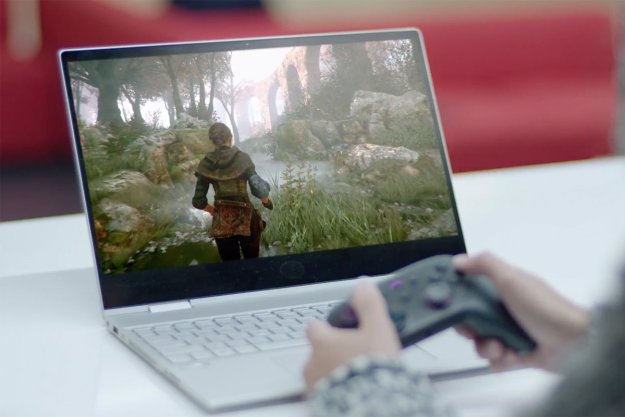 Amazon Luna review: Not quite on cloud nine yet
MSRP $9.99
Score Details

“Amazon Luna is a functional cloud gaming service, but its lackluster library means it won't be anyone's first choice.”

Amazon Luna officially launched at the perfect time for me. A few months after moving to a new city for this job, I decided to visit my family in a rural part of Virginia. I’d be without my PS5 and Xbox Series X, but a cloud gaming service would ensure that I wouldn’t be stuck on last-gen consoles and my Switch for console gaming.

Considering that I hadn’t checked the platform out since its early days in late 2020, I was excited to see what Amazon Luna now delivered. The technology’s prowess was noticeable on mobile and Amazon Fire TV versions of the service, but a stutter-heavy PC service and a lackluster library meant it didn’t make a lasting impression on this vacation.

Head in the clouds

Cloud gaming is a somewhat controversial segment of the video game market. The idea of playing console-quality games straight from one’s phone or a web browser is very enticing, especially as hardware and games get more expensive and powerful internet speeds and 5G become more widely available. Instead of competing with Sony, Microsoft, and Nintendo in the console market, cloud gaming is the avenue that big tech companies like Facebook, Google, and Amazon have decided to pursue with their gaming platforms. Unfortunately, results have been mixed, with Google Stadia being a particularly notable failure as it didn’t follow through on its lofty promises and lacked a great gaming library at launch.

Now, Amazon is up to bat with Luna as the new premier game streaming service. The service quietly entered early access in 2020, but it just got its full release this month. And while it feels more complete and stable than Stadia might have at launch, it repeated some of the same problems throughout my trip.

Across mobile, PC, and Amazon Fire TV, Amazon Luna streams games at a relatively consistent 1080p resolution. In cases where the internet connection gets spotty, that will drop to 720p before shutting down the game outright if Luna determines that the connection is really that bad.

My time with the mobile and Amazon Fire TV experiences was extremely smooth. The resolution stayed high, stutters were very infrequent, and the input lag was negligible. Players will need to ensure they have suitable third-party controllers (the Razer Kishi is my go-to mobile controller) or Luna’s own gamepad if they don’t want to use shoddy touchscreen controls.

Playing through the Google Chrome web browser wasn’t as stable. Stuttering and intense input lag were more frequent, even on less demanding games like Garfield Kart: Furious Racing or the retro titles in Capcom Arcade Stadium.

My time with the mobile and Amazon Fire TV experiences was extremely smooth.

Of course, the experience relies on the internet connection, and while I was lucky enough to have a good one on this trip, your experience may vary. Overall, I’d recommend sticking to the Amazon Fire TV or mobile versions of the service for the smoothest experience.

Luna lacks some Stadia flourishes like State Share and Crowd Play, but it also didn’t promise them. Instead, Amazon Luna’s unique cloud gaming feature is called “Luna Couch,” which enables cooperative play over the cloud. Playing Phogs with this feature worked surprisingly well as my brother and I seemed to be synced almost perfectly, and it didn’t impact performance at all. I just wish there were more cooperative games that take advantage of this functionality at launch.

Overall, Amazon Luna didn’t disappoint with its game streaming capabilities during my trip, but it also doesn’t stand out in any significant ways outside of Luna Couch. That put a lot of pressure on the game library to make the service worth it to the casual gaming fan.

Amazon Luna has a unique approach to its game library compared to other cloud gaming services. It features individual channels that players can subscribe to in order to access certain games. Across all platforms, Amazon Luna’s UI is very simple. Games are organized by channels and genre, and one can quickly jump into a game from its Luna store page, so Amazon has definitely lowered the barrier of entry for the technology.

The Luna+ Channel ($10 a month starting April 1) provides a random mix of older AAA titles like Devil May Cry V and indies like Call of the Sea. The lack of a unifying theme for this channel makes it best for new, curious owners, but make sure you like some of the games included before subscribing, as some players won’t find this lineup worth it.

The Family Channel ($6 a month starting April 1) provides more approachable games kids might like, such as Garfield Kart: Furious Racing and Spongebob SquarePants: Battle for Bikini Bottom. Meanwhile, the Retro Channel ($5 a month) provides access to classics like Dragon’s Lair, Konami’s anniversary collections, and all of the games in Capcom Arcade Stadium.

Even though I like the channel-based approach to this service, the fact that no one channel particularly appealed to me is a bad sign.

These channels will appeal to casual gamers, whether that’s children trying to get into gaming or someone who hasn’t played a game since the 1990s. Those are very specific demographics, though, and won’t necessarily line up with the hardcore gamers like myself who are looking to subscribe to a cloud gaming service.

Ubisoft+ subscribers can stream many of Ubisoft’s new games right from Luna. Although this channel provides the service with its biggest and most recent games, it requires another $18-per-month subscription and is a weird outlier on Luna. The Jackbox Party Pack Channel ($5 a month), which gives subscribers access to all of Jackbox Studios’ games, is a standout and possibly worth subscribing to if you throw a lot of parties and don’t already own a lot of these games. It made for a fun game night!

Finally, a small rotation of games streamed via Luna are available on the Prime Gaming Channel at any time. These Amazon Prime free games are worth checking out for Amazon Prime members looking to play some games when no other systems are around or for those who want to dip their toes into cloud gaming.

The channel system allows Amazon Luna to target people looking for particular gaming experiences. That said, it neglects to have a lineup that’s just generally appealing, and the services can get quite costly if you buy them all, which we don’t recommend.

When logging onto the service during my trip, I hoped to find some hidden gem I’d never heard of or games that could uniquely take advantage of Amazon’s cloud technology. Instead, I got a random catalog of old games, few of which benefit from cloud gaming or Luna Couch. Even though I like the channel-based approach to this service, the fact that no one channel particularly appealed to me is a bad sign.

Amazon Luna might stutter less than Xbox Game Pass Ultimate does, at least on Android, but if a service is offering fantastic new games like Halo Infinite, Back 4 Blood, Forza Horizon 5, and Nobody Saves the World on day one, I’m going to opt to play that over a service whose most notable AAA game outside of Ubisoft+ is Control (which is also on Game Pass).

This vacation is one of the times that Amazon Luna will ever be very useful for me. While the service itself ran smoothly, I’m ultimately indifferent and don’t know when I’d use it again unless some significant changes happen.

Amazon Luna is a decent cloud gaming platform let down by a lack of compelling experiences. Content is king, and with stiff competition from now-restructured Stadia and Game Pass-driven Xbox Cloud Gaming, Luna doesn’t do much to stand out. It has some uses for very specific audiences and situations, but that isn’t enough to justify a monthly subscription for most people.

Those looking for the best game lineup on a cloud streaming service should subscribe to Xbox Game Pass Ultimate. In addition to giving subscribers access to an extensive game library on consoles and PC, it includes Xbox Cloud Gaming for Android and web browsers, which lets people play many of the titles included over an internet connection. For a cloud gaming platform with more unique features and exclusive games, Google Stadia is another option on par with Amazon Luna.

No. Unless one of the channels listed appeals to your specific interests, it’s not worth exploring Amazon Luna and paying for several subscriptions that you won’t engage with often and may eventually forget about. Those still curious about the tech should get Amazon Prime and play whatever Luna games are currently available for free with that subscription.

Amazon Luna was tested on a Google Pixel 3a XL with a Razer Kishi, as well as a Lenovo laptop and Amazon Fire TV with an Xbox One Wireless Controller.