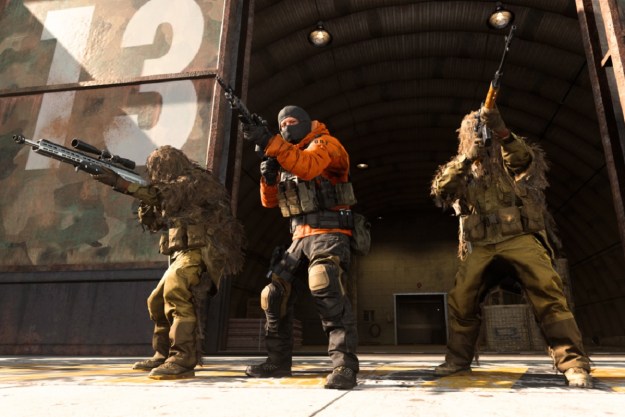 After an embarrassing number of rumors and leaks, Call of Duty re-entered the Battle Royale scene for the second time with Warzone; a free portion of the larger 2019 Call of Duty: Modern Warfare release.

Its first attempt to jump on the train with the heavily marketed Blackout was largely forgotten in the weeks following its launch. Activision, presumably apprehensive to try again, then sold its next annual shooter release without so much of a mention of the mode that would eventually fill the empty spot on its main menu.

Warzone doesn’t just relate to the game’s belated Battle Royale experience, though. A separate mode called Plunder is available, too, and it could prove to be the next big thing.

The industry has been practically swimming in battle royale variants since the advent of PUBG and Fortnite. I wouldn’t blame you for thinking all Battle Royale titles are created equally, but the industry knows blatant copycats won’t float. Not when you need huge player numbers to get a single match going. The ones that survive stick to the genre’s defining traits: one hundred or so players fight to be the last ones standing in a battlefield that gradually shrinks to the size of your average community allotment.

Warzone sticks to this but brings decades of industry polish and a few new ideas to the table.

In the Warzone version of Battle Royale, the usual 100-person limit is upped to 150 to accommodate its three-man squad set-up. Just like EA’s answer with Apex Legends, Activision appears to push for longevity through social interaction. The more the merrier and all that. Camping doesn’t make for a good spectator sport, and the bigger the squad, the more likely it is for one hot-headed soldier to go against the grain. The pressure of a forced group scenario isn’t going to help the anxious lone wolf, but a “Mute All” button is clearly visible to shut out all that potential negative energy.

A solo mode was rolled out in a post-release patch, but as that could be taken away again at any moment, get ready to roll the dice in a squad queue at some point in your career. After all, you can’t expect every player to want their alone time to be at the behest of a pre-determined squad. Form a pre-made if you’re looking for marine-like strategy and brotherly pats on the back and just deal with the fact that gaming is entertainment for some; not a job.

What will help the conscious gamer, however, are the numerous respawn options available after taking a few too many to the chest. Squads can pick up critically injured teammates, but even succumbing to your injuries doesn’t mean you’re out of the match. Kick the bucket and you’re whisked away to the Gulag — a map current Modern Warfare players are doubtlessly aware of — to win their freedom in a 1v1 match. Loadouts are randomized each time, so you have to switch up your usual dueling tactics to stand a chance at victory. Live, and you get a second chance out in the field. Squander your chances or fall again and surviving allies can toss some foraged cash into a local dispenser box to bring you back one more time.

The battle royale genre etched a place for itself in the video game hall of fame through its survival aspect at a time when sandbox survival sims were doing decent numbers. The idea that death means death resonated with those tired of the run and gun tactics of most online shooters. It’s interesting to see competitors gradually opt to upset the delicate balance of the genre, but these second-chance mechanics should go a long way to encourage player retention.

Without some kind of ranked season, top-tier players will always mingle with the less skilled and relative newcomers, leaving the 99% with little hope of seeing the end of a match. After all, where’s the fun in kicking the bucket faster than it takes to load up a lobby? What Call of Duty has done here might not seem like it’s in the best interests of the pros, but in reality, it’s a way to give the less competitively inclined a reason to stick around. Big time e-sports players don’t rely on respawns to reach the top. The only thing this should do is make a way for more people to enjoy the action while padding the points of the champions.

But a constant supply of meat to the grinder isn’t the only thing Warzone does to shake up the familiar formula. Feeling selfish or don’t have a buddy to bring you back to life? You can use that cash to pick up your favorite killstreaks, some extra ammo, or even some additional armor if you’re anticipating a big brawl. The unpredictable nature of far-reaching killstreaks being pulled out of thin air will prove just as annoying as any regular match, but it’s hard to deny the gameplay spice that purchasable killstreaks can add to the otherwise predictable experience. Battle Royale fanatics have etched out a carefully orchestrated script for success over the years, and anything to shake up the status-quo will give Warzone a distinct reason to co-exist with the established titles over time. And there’s more to it still.

Loadouts, which drop into the field periodically, reward a high-risk play style. They’re similar to airdrops in the big-name Battle Royale titles out there, only rather than offering randomized high-tier loot for everyone to fight over, they bring a selection of pre-determined loadouts, full kits of battle-ready tools and equipment to get you back into the fight. Warzone features tiered loot like the rest of them, too. It isn’t immediately clear what one rarity of gun has over another, but expect those found in caches scattered about the place to have more attachments than your average assault rifle.

Lastly, there are contracts, missions you’ll find out in the field that can be completed for a bit of extra cash for the road. These mark objectives (like loot caches or even enemy squads) on the map, giving teams even more reasons to risk life and limb in the open and actively seek out ways to start a fight. Exploration is a big part of the battle royale experience, and Warzone does everything in its power to facilitate and encourage the breakout of violence. It sounds stressful, but it’s another reason I see it as having an edge over the competition when it comes to both player and viewer engagement. There’s rarely a dull moment.

Plunder is no blunder

There’s another 50% of the Warzone experience aside from the battle royale aspect to talk about — and it’s the best part. In a time when we can’t walk two steps without falling out of a plane and into a life or death battle across a deserted island, Plunder is here to offer something completely unique. It takes the best parts of modes like Kill Confirmed and Search & Destroy to offer up a massive game of cat and mouse in the same large-scale environment as its older sibling.

You won’t find as many players in this mode, but it’s for the best. Squads of three players drop onto the island (with their complete loadouts) and sprint to grab cash and deposit it for safekeeping, done through expensive balloons or by risking it all with a helicopter pickup. Dying with cash on your person deducts a sizable amount, with the aim being to secure the most before the lengthy timer runs dry. Respawns are enabled here, so while you largely don’t want to die and drop your cash, it’s not the end of the world if you have a few rough spawns.

It’s like The Weakest Link, only Anne Robinson has a gun.

Just like the battle royale mode, there’s a lot going on here to keep the match moving forward. Contracts are everywhere, helicopters can be shot down for large cash injections, you can raid the wallets of your foes, and there are large amounts of cash stuffed away in caches scattered across the map. To keep things hyper-competitive, top earners have their locations pinged on the map throughout the match, creating a chaotic pursuit that’s no doubt going to end up with the kinds of montages you only ever see in a pre-release hype trailer. Rather than fearing for your own life with every step you take, you fear for the money you haven’t had a chance to toss into a chopper or a fancy balloon. It’s like The Weakest Link, only Anne Robinson has a gun.

Whether you like it or not, the battle royale “craze” likely isn’t going anywhere. Ever. The good news here, at least, is that Activision’s second attempt is one of the best out there right now — not solely due to what it adds to the genre, but because of the foundation that it sits upon. PUBG, the one that started this whole gold mine rush, struggles with game-breaking bugs and inconsistent spatial audio cues to this day, three years after its release. Warzone, with the exception of some thundering footsteps while in a high rise, has largely avoided these audio issues.

With almost two decades of releases behind it, Call of Duty already had the basis of the perfect Battle Royale experience long before the idea became mainstream — Activision just had to show it some love. There’s a reason the series attracts the trigger-happy type of gamer out there. It just nails the feeling of firing a round. It’s not quite as authentic as Battlefield, but it’s clear Activision’s rotating teams of developers have crafted an addictively satisfying feel of gunplay over the years that ensures most of the gaming population knows what to expect before they take the plunge. It’s tense but fair, and oh-so rewarding.

I’m inclined to say Call of Duty: Warzone is the definitive battle royale experience right now. I’m not afraid to say that Activision has leveraged the very best of Call of Duty’s extensive history to create a more well-rounded battle royale experience, but Plunder is the stand-out piece of the package right now, and I’m a firm believer in its potential to become not only a fan-favorite pastime but a staple of Twitch and Mixer’s homepages in the very near future.

It won’t appeal to the Fortnite builders out there. Nor will it reach those who relish in the slower pacing and survivalist practicality of something like PUBG. But if you’re looking for a serious shooter with some real polish, this is it.

Hopefully just as long as the other big names in play right now. Both modes seem purpose-built to be spectator sports that should keep cash rolling into development. Given the experience uses pre-existing Call of Duty weapons and maps to flesh it out, we can’t be sure of how much new content will come, but with Activision always hard at work on the next iteration of the series, we can only hope Warzone borrows from its brethren in the years to come.

It’s free. Its value as a product can’t be compared. Given its closest competitor (PUBG) still costs a pretty penny or two to try out, it’s a no brainer for those looking to play a part in the latest and greatest. The only thing getting in your way will be a lengthy download.