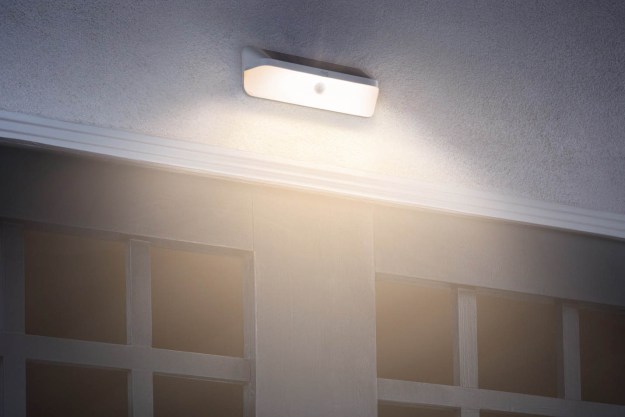 Ring’s lineup has been largely dominated by its various video doorbells and security cameras, but the home security company doesn’t neglect some of the other product categories it’s dabbled in. Smart lighting has been a critical component of Ring’s ecosystem, which consists of your standard LED light bulbs, path lights, floodlights, and much more. The latest member of the smart lighting family is the Ring Wall Light Solar.

I’m a big fan of almost anything solar powered. What makes this particular model unique is that the solar panel is integrated into the light itself, so there are no extra cables or attachments to worry about. All of this makes for a simple, straightforward solution for anyone looking to add a little bit of light outdoors. Are there any drawbacks? Well, let me break it all down.

Installing and setting up the Ring Wall Light Solar is fairly easy. In fact, I managed to get it up and running in about 10 minutes. Before anything else, you’ll want to determine where to place it. I ended up putting it in my garage since it’ll illuminate the area around the garage whenever it detects motion. You only need to install two screws to fasten the included mounting plate to a surface. That’s all. Once that’s done, you can go ahead and attach the Ring Wall Light Solar to it.

In order to complete the setup, you’ll need the Ring Bridge to connect the solar light to your home’s Wi-Fi network. There was an option to use my Amazon Echo Show 10 (3rd Gen) as an alternative for a bridge, but that would incur having Amazon Sidewalk enabled in order for it to work. I decided to stick with the Ring Bridge, seeing as many of my existing Ring products communicate with it already.

What astounds me the most about the Wall Light Solar is its potent brightness. Before it even turned on for the first time, I was skeptical about how bright it could get — so you can imagine the amazement I felt seeing it on. While it could easily be used as an accent light for homes and apartments, like being placed above outdoor décor or the street numbers to your home, the 800 lumens of white light it emits was strong enough to cover a wide space around my garage.

I was honestly surprised by the light’s wide reach. In the Ring app, you can manually turn on the light at will — perfect for those occasions when you know you’ll be in that area for a while. The longest it’ll stay on is 15 minutes, with the shortest being one minute. As a deterrent, the motion sensor kicks on at night when the sun goes down to automatically turn on the light whenever it detects motion in the vicinity. Obviously, I appreciate how this works well as a deterrent for unwanted visitors, but I also like how it’s helpful whenever I enter and exit the garage.

Through the app, you can set the light’s intensity — lower to better conserve battery, higher for more illumination. Offering both potent lighting and wide coverage, the Ring Wall Light Solar is a great addition around the home, including those outlying gaps.

Using solar panels in its product isn’t a novel idea for Ring. In fact, its portfolio has built up a pretty sizable selection of solar-powered smart home devices — such as security cams powered by a solar panel and even a solar-powered step light. The remarkable thing here with the Wall Light Solar is that it can lean on the power of the sun to help recharge its battery during the day when it’s not actively being used. Furthermore, there’s a setting to disable the motion detection sensor altogether during the daytime.

In testing out the battery, I’m happy to report that it managed to retain a level above 50% during a full day’s worth of usage set to its highest brightness level. Although, it’s worth pointing out that there were a handful of occasions during this time when it stayed on for 15 minutes at a time — while the rest were from the one-minute on cycles whenever it detected motion. But that’s where the integrated solar panel comes to the rescue. In my testing, it managed to charge the battery by 2% during a 30-minute interval of interrupted sunshine. Sure, that figure might be paltry, but it’s still helpful nonetheless. Plus, you can always easily remove it from the mount to recharge it manually.

The beauty of the solar panel is that it charges throughout the day, which is made better in the summertime when the sun’s out longer. Naturally, battery life will vary, but having a light source that requires minimal manual recharging is helpful.

If you already have a Ring Bridge, then you only need to shell out $60 for the Ring Wall Light Solar. If not, then it’s an $80 charge for the light and bridge combo. Either way, the Ring Wall Light Solar is a fantastic addition that works exquisitely with the Ring ecosystem. Not only do you gain a handy outdoor light that recharges during the day, but it can also act as a first line of defense protecting your home thanks to the option of linking it to other Ring devices.

Not really. There aren’t many smart solar lights on the market, especially one that can be attached to a robust ecosystem of smart devices. The only other alternatives are Ring’s very own Solar Steplight and Solar Floodlight.

It’s solidly made and features an IP66 weather resistant rating that allows it to operate in temperatures between minus 4 F and 122 F. There’s a 1-year limited warranty that covers for defects.

You should absolutely buy it because it’s simple to install, offers potent lighting, and gets charged with the help of the sun.