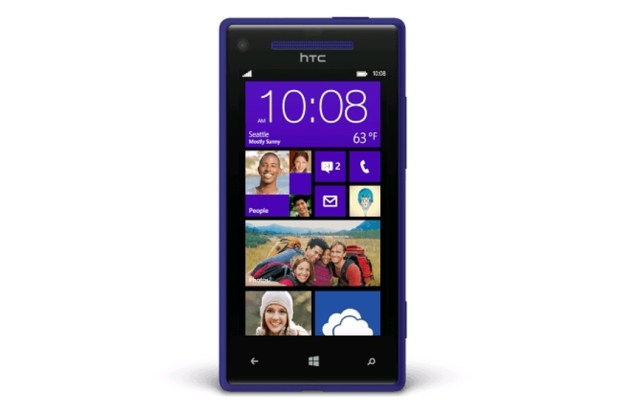 “It’s rare that we have nothing bad to say about a phone. The HTC Windows Phone 8X sets a new bar for Windows Phone. It is the first WP8 device we can recommend to those hunting for a top-notch super phone over the holidays.”

HTC had a rough ride this year. It went from being one of the most promising Android smartphone manufacturers, to getting its butt kicked by Samsung, which rose to prominence with its Galaxy phones. HTC hasn’t gained widespread carrier adoption on its Android phones, but this holiday season, it’s working a new angle: Windows Phone 8. With the Windows Phone 8X, HTC will finally deliver a phone on three of the four major U.S. mobile carriers: AT&T, T-Mobile, and Verizon. That’s a first for HTC and a first for Windows Phone. Microsoft’s elated; HTC is excited; but should you make the move to Windows Phone 8? Find out below.

Do you like bright colors? So does HTC. Like Nokia’s Windows Phone lineup, the HTC Windows Phone 8X comes in black, as well as several vivid shades: neon yellow, purple, and bright red. All of these colors make a bolder statement than the typical white and gray phones that almost everyone totes around these days.

The bright colors are complimented by a seamless unibody shell, which has a gentle arc and curve to it. Add to that rounded edges, a flush camera, and a rubberized coating, and you have a very comfortable phone to hold.

The power button and volume rocker surround the upper right corner of the 8X, making them easy to press. HTC has stressed its seamless design so much that it was, at first, a challenge for us to feel out the location of these buttons, but once we had the positioning down, we’ve been able to use the power and volume just fine without playing hide and seek.

The 4.3-inch screen isn’t too large, but the overall length of the phone means that you will have to shuffle it up and down your hand a little to hit the power button at the top and haptic (touch-sensitive) navigation buttons – Back, Home, Search – on the bottom of the screen. This is, unfortunately, something most smartphone users are already used to performing. Even the new iPhone requires some shuffling. After you watch this instructional video you may feel better about it.

Oh, Windows Phone. You’ve always been a good smartphone operating system, but so few people are buying your devices. Hopefully, the wide availability of the 8X and Windows Phone 8 devices will finally give Windows Phone some momentum.

If you absolutely despise Windows Phone, then nothing in Windows Phone 8 will change your mind, but there are some notable enhancements, all of which the HTC 8X takes good advantage of. For starters, the WP8 Start screen is now a lot more customizable. You can resize Live Tiles (a mixture between a widget and an app shortcut) to be one of three different sizes, opening up your screen to hold a lot more info. Live Tiles are how Windows Phone gets away with not having a notification drawer – a conceit Apple made with the iPhone 4S. It takes some getting used to if you come from iPhone or an Android device, but we’d argue that Windows Phone has the most consistent user experience of any mobile OS, and possibly the best looking, as well. It’s a simple design, but consistent and refreshing if you’ve been stuck using ever-changing Android phones for the past few years.

In addition to the new Start screen, Microsoft has added new features like Rooms, which lets you gather a group of your friends or family and communicate as a group. If your friends are all Windows Phone users, you can go to their “Room” and have a group chat, share a calendar (this feature works with Android and iOS users too), share notes, and share photos. For a tight-knit family, or a family that desires to be tight-knit, this could be a great feature. The downside: It makes it easier for over-engaged parents to drive their kids nuts. Peace and quiet is becoming a rarity in the age of the smartphone.

Data Sense is another great feature, but only available on Verizon at this moment. It allows you to monitor your data usage each month and see what apps are running up your meter. Kids Corner is a good way to shut your kids up for 10 minutes. It lets you create a custom, locked Start screen filled with apps and media you approve of, allowing your rascally children to goop up your screen and have fun without accidentally performing a factory reset or digging through mommy or daddy’s personal stuff. Microsoft’s Wallet app is also included. This can store your credit cards and PayPal account info for making on-phone purchases. Supposedly, you can use NFC for actual transactions at retail stores, but we can’t get this functionality to work. In any case, the functionality is not being promoted or easy to use, at this point.

Finally, Camera Lenses allow you to use any other camera-based apps right from the main camera app in the phone. We found it easy to apply filters to our photos using this app. It’s certainly easier than having to open multiple camera apps, like you do on other operating systems. Microsoft is doing a good job of turning its core apps into “hubs” for third-party apps to utilize. The “Room” functionality we talked about earlier is a part of the People Hub, which stores your contacts.

The Windows Phone Store is nowhere near as robust as iPhone’s App Store or Android’s Google Play Store, as it has 120,000 apps compared to their 700,000 each, but most of the popular apps are now available. During its recent WP8 press conference, Microsoft boasted that it now has 46 of the top 50 apps. There is still work to be done here, but you won’t be losing critical functionality if you join Windows Phone. We couldn’t say that a year or two ago.

If you’re nerdy like us, you like to know how phones stack up to one another; the easiest way to make rash judgments about this are specs. The HTC Windows Phone 8X is one of a new batch of Windows Phones with competitive processing power. Windows Phone 7.5 had some decent improvements, but Microsoft forced all phone makers to continue to run on single-core processors. No more. Like all new Windows Phone 8 devices, the 8X has a dual-core Qualcomm Snapdragon S4 processor (1.5GHz). This is the same processor that powers the U.S. version of the Samsung Galaxy S3 and HTC One X; it’s good. The extra processing power has helped Windows Phone become a lot more responsive on the 8X than it has been on older devices. The 1GB of RAM and 16GB of internal file storage don’t hurt, either.

The 8X has a gorgeous screen. We usually prefer AMOLED screens for Windows Phones due to their vivid colors and deep blacks, but the 4.3-inch 1280 x 720 pixel “Super LCD 2” screen looks great with a black background or white (AMOLED can’t do white very well).

The 8X also has your standard audio jack, Bluetooth 3.1, NFC capabilities, a Micro USB charging port, and 4G LTE connectivity on AT&T and Verizon. Our LTE speeds have been pretty standard, as has phone reception.

Like most HTC’s Android phones, Beats Audio is included with the 8X. The external speaker on the 8X is weak, as phone speakers usually are, but plug in some headphones and you’re in for a treat. Windows Phone began as an MP3 player called Zune, and its origins still shine through. Audio sounds great and HTC’s Beats filter works with any set of headphones, though it would be happiest if you shell out primo buckage for a pair of Dr. Dre’s. Non-audiophile testers couldn’t notice much of a difference, outside of a volume increase, when Beats Audio was turned on. Nevertheless, it certainly doesn’t harm the already clear audio experience.

Microsoft’s new Xbox Music app is nearly identical to its previous Zune music app. It’s a mostly wonderful experience, but still lacks some modern options. For example, if you “heart” or Like a song, there is no way to listen to all of these approved songs together. Download functionality is included in the Music app, but you cannot download whole albums at once. The Podcast section of the app is similarly limited. It doesn’t have a screen that will let you view your “latest” downloads. Instead, you must visit each radio show individually to see if you have new episodes. Hopefully these limitations will be smoothed out in the future. Other audio apps, like Spotify, are available in the Windows Store.

Like the One X, the HTC 8X has an 8-megapixel rear camera with a dedicated ImageSense camera-processing chip accompanying it, meaning it’s one of the better camera phones on the market. It performed well against the iPhone 5 camera, which is currently our favorite among top devices. On default settings, the 8X performed better in dimly lit spaces. However, when it comes to color reproduction, balance of light, and depth, the iPhone 5 does appear to have an edge. The 8X camera seems to make things too bright, grainy, or washed out. Compare it to any smartphone camera outside of the iPhone and the 8X would likely give it a run for its money.

We don’t usually mention front-facing cameras, but HTC has included a decent one, which could be a first. The front camera is 2.1 megapixels and has a wide-angle lens on it, allowing you to have better video chat experiences. Your parents will be able to see more of your darling face when they Skype in. Now how can we vote against that?

The HTC 8X has an 1,800mAh battery, which is about standard for a larger smartphone. Windows Phone has a decent battery saving feature and manages life better than Android devices, so you can expect a full day of juice out of the 8X. Because you have the ability to control background tasks, battery life is in your hands more than most phones. Smart users should be just fine with the 8X.

It’s rare that we have nothing bad to say about a phone. The HTC Windows Phone 8X sets a new bar for Windows Phone. It is the first WP8 device we can recommend to those hunting for a top-notch superphone over the holidays. With wide availability across AT&T, T-Mobile, and Verizon, the HTC Windows Phone 8X can compete head-to-head with the iPhone 5 and Galaxy S3, and is more comfortable to hold and use than either of those phones.

HTC has put it’s all into the 8X, and it shows; we highly recommend it. Give it a try before you commit to Android or iPhone. And next time you see someone walking around with a purple phone, you may want to hold back your laughter. They may be holding one of the best phones on the market.