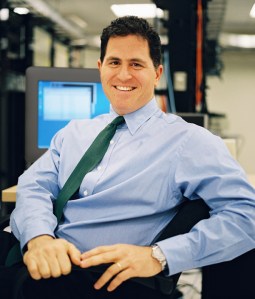 It’s been a rough week for Dell. A day after it admitted to accidentally shipping out malware-riddled motherboards, the company has broken down and agreed to pay the SEC $100 million over fraud charges.

The case stems from considerable payments Intel made to Dell over the years in exchange for Dell’s exclusive use of Intel chips – rather than using both Intel and AMD parts, as many other computer manufacturers do. Although the payments themselves are legal, Dell failed to report them properly to investors, even though the payments formed a significant chunk of its operating income – 76 percent in the first quarter of 2007.

“It was these payments, rather than the company’s management and operations, that allowed Dell to meet its earnings targets,” the SEC claimed, in a statement. “After Intel cut these payments, Dell again misled investors by not disclosing the true reason behind the company’s decreased profitability.”

Company chairmen Michael Dell will pay an additional $4 million for his role in the creative accounting, and former CEO Kevin Rollins and CFO James Schneider will each pay out $4 million and $3 million, respectively, for their own impropriety.