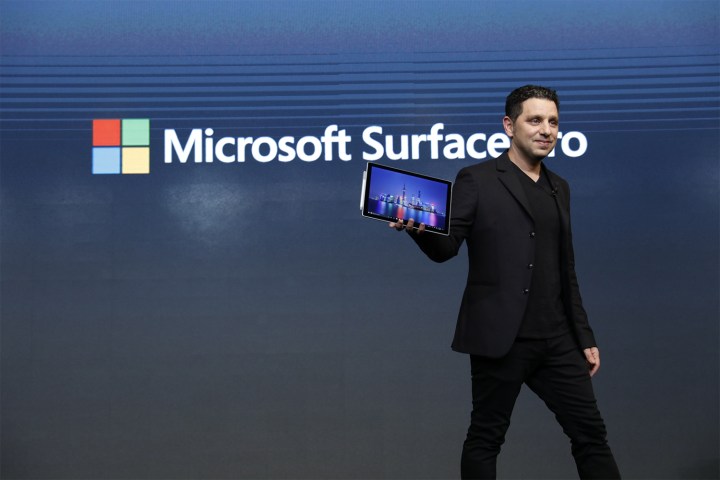 “Microsoft’s Surface Pro fails to solve any problem for any user.”

That was my conclusion when I reviewed the original Surface Pro five years ago. Microsoft pitched it as an innovative, do-it-all solution, a combination of iPad, laptop, and workstation. I wasn’t buying it. It was too thick, too slow, and the battery lasted just a few hours in normal use. Most of my fellow reviewers were more charitable, but only just. The Verge, for instance, ran its review under the strictly factual headline, “The first real computer to come out of Redmond.”

Yep. It sure was. It was also far from the last. Microsoft continued from its rocky start, gradually refining each new model. The Surface Pro 2 was much faster and lasted longer on a charge. The Surface Pro 3 even more so. My mind had changed completely by the time the Surface Pro 4 rolled out in 2015. I called it our favorite 2-in-1 PC, and the 2017 Surface Pro has retained that title ever since.

It’s incredible that Microsoft has managed such a turnaround in just five years. The PC arena isn’t kind to newcomers. Most major players in hardware have been doing it for decades, but operate the business on razor-thin profits. Even chipmakers like AMD and Intel must fight constantly to keep themselves at the bleeding edge.

The fact that it was Microsoft – and not some plucky start-up — that pulled off a bold entry into PC hardware is even more unexpected. Very few people thought the company would not only continue in the space, but actually expand to add new models, like the Surface Book and Surface Laptop. Much credit is due to innovators like Steven Bathiche, as well as to CEO Satya Nadella, who was patient enough to stay his ax during the division’s formative years. And Panos Panay, of course, head of the devices group behind the Surface line. Despite some of the issues we took with the first-gen model, it helped bring Microsoft where it is today.

“In hindsight, it’s clear that Surface Pro created the foundation for who we are today – our team culture, our dedication to our customers, our obsession with perfecting every detail, and our inexorable desire to innovate,” he wrote in a blog post celebrating the 5-year anniversary. “I’m incredibly grateful for everything these five years have brought, and I’m looking forward to continuing this journey.”

That’s not to ignore the bumps along the way. Microsoft still has some kinks to work out both with the hardware, and with how the hardware works alongside Windows 10. The high pricing of most Surface devices only underscores the problems that do exist. If you drop $3,200 on a high-end Surface Book 2, you expect it to be perfect, but that’s not necessarily what you’ll get.

Still, Surface has earned a loyal, even rabid following — and for good reason. The Surface devices are fast, functional, and interesting. They’ve pioneered new product categories and forced the more traditional PC builders, like Dell and HP, to up their game. I have no doubt that, without Surface, we wouldn’t see the modern portable PC embracing the 2-in-1 idea so aggressively that, in some cases, it’s harder to buy an old-fashioned laptop than not.

That, at the very least, is worth celebration.