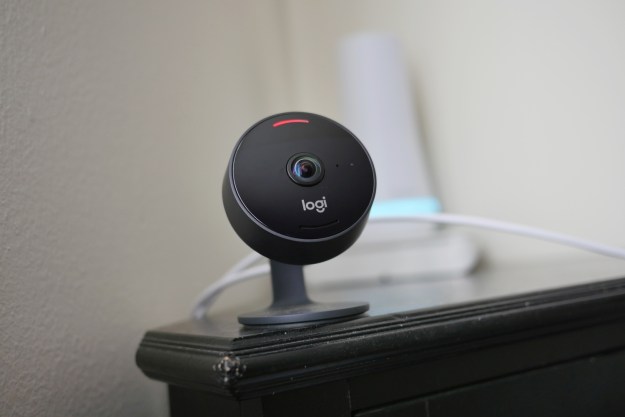 “This HomeKit exclusive camera has a huge focus on privacy from the inside out.”

I’ve been following Logitech’s security cameras since the beginning, starting with the original Logitech Circle in 2015, followed by its successor with the Logitech Circle 2 in 2017. I enjoyed the wealth of accessories that enabled the Circle 2 to operate as an indoor or outdoor security camera, as well as the ‘day brief’ mode that stitched together clips for a time-lapse overview.

With the company’s introduction of its third-generation model, the Logitech Circle View, those features have been disbanded. Instead, there’s a huge focus on privacy. The camera is even exclusive to Apple’s HomeKit smart home platform. Now more than ever, privacy is a hot topic among security cameras. Does Logitech’s new camera do enough?

What immediately stood out to me when setting up the Circle View was that there’s no additional app to download. Everything is done through the iOS Home app, so there’s no need to register a new account or download an app — much like you would need to do on any other camera.

HomeKit streamlines the setup process, which is a godsend for anyone who’s not tech-savvy. After a few simple steps involving a QR code scan and selecting a routine, the Circle View was ready to start monitoring my apartment. In a way, it’s strange not having to download an app, but the obvious advantages of being exclusive to HomeKit are that all the privacy features employed by the camera.

By comparison, there’s a little more effort getting Ring’s cameras set up, partly because you’ll need to download an app and register a new account. Who wants to remember yet another password? I gladly prefer just unlocking my smartphone and using a native app. Google’s Nest cameras also requires you to download another app, where you will then need to sign in to your Google account. Sure, it’s convenient to use your Google account, making it one less password you’ll need to remember, but you’re still forced to download a separate app to access the camera.

Ring’s woes have certainly upended the way people view security cameras in the home, but we’re beginning to see proactive measures to address the problem during the development stages — and the Logitech Circle View is one of them. It takes the appropriate measures to ease concerns, which is a relief knowing that it makes privacy a top priority.

First of all, there’s a button on the back of the camera that effectively cuts the audio and video. This is useful if you’re still paranoid that someone is watching on the other end, but the downside in this privacy shutter is that you can’t turn the camera back on remotely using the Home app. It’s a useful feature for those worried about privacy, and Logitech goes an extra step by designing the camera to tilt all the way down to face its base.

Secondly, the camera stores recorded footage to your iCloud account thanks to its support of HomeKit Secure Video — albeit, it requires you to be on Apple’s 200GB iCloud plan. That means you’ll need to subscribe to the $3 monthly plan. Unfortunately, neither the free 5GB or $0.99 per month 50GB plans support cloud storage with video, but you can still access a livestream and have two-way audio. Since it’s storing the encrypted footage to iCloud, there’s very little worry that a third party would be able to view it; including Apple.

Designed for inside and out

With the redesign of the camera, the Circle View doesn’t support the myriad of accessories that its predecessor was able to do. I really enjoyed how the Circle 2 transformed from a stationary camera to something that could be plugged into an outlet, fastened against a window, or even battery powered. Despite that, the Circle View’s design is given a more premium construction with its metal base and matte finish. It’s a good-looking camera.

It helps, too, that it can be used indoors and outdoors, thanks to its IP64 rating. The only challenge with mounting it outdoors is finding a nearby outlet because the attached power cord is 10 feet long. Speaking of that, the cord can’t be detached from the camera because it’s integrated. While I prefer having a Micro USB or USB-C port to supply power, it makes sense to have the cord integrated for weatherproofing.

I applaud the camera’s focus on privacy. However, compared to its contemporaries, the Logitech Circle View is lacking some much-needed features.

As a security camera, its 1080p clips are sharp, filled with solid detail, and colors are accurately represented. It helps that the field of view is 180 degrees, which ensures adequate coverage, but there’s a noticeable fish-eye effect. Under low light, the quality of the footage becomes softer, but that’s typical. When it’s completely dark, the infra-red sensors kick into place to illuminate areas up to 15 feet away. For small apartments (like mine), it’s sufficient. However, it trails the range of other cameras, like the 20-foot range of Nest cameras.

In the Home app, there are controls to choose what kind of motion the camera should detect — they include people, animals, and even vehicles. However, it lacks some of the more advanced features we get in other cameras, such as zone detection and facial recognition. I very much would have liked the ability to select zones in the camera’s view to monitor for motion, just because it helps in reducing the number of notifications sent to my iPhone. Many budget cams actually have this feature, like the $20 Wyze Cam V2 and $35 Blink Mini. This is largely due to the fact that HomeKit does not support this feature, but perhaps an update to the platform will finally bring it.

A relief knowing that it makes privacy a top priority!

I’m also eager to see how the camera can be leveraged with other HomeKit supported gadgets to improve its functionality through automation. For example, it’s wonderful that there’s an option to have the Circle View automatically turn itself off when it detects that I’m home (via GPS location of my iPhone), but I would also want to see it work in conjunction with some other gadget, perhaps a smart lock, to automatically record footage whenever the door is opened or closed.

If privacy is the utmost priority in your list for a security camera, the Logitech Circle View is an excellent choice. For Apple users, it’s one of the few choices currently on the market that supports HomeKit.

The $160 price tag of the Logitech Circle View is costly when you compare it to some of its direct rivals. Take the EufyCam 2, for example. It supports Amazon Alexa and Google Assistant, in addition to HomeKit, with a recent firmware upgrade. Even though it costs more at $220, you’re getting two cameras instead of a single one, while also offering local storage.

On the other end of the spectrum, the Ring Indoor Cam is a well-balanced $60 security cam that has been given some new privacy features and integrates with other Ring products for a more complete security solution. If you’re on a serious budget, the Wyze Cam V2 is an excellent budget offering at $20, and doesn’t skimp with the features.

Thanks to its solid construction, premium materials, and IP64 rating, the Logitech Circle View doesn’t give the impression it’ll go bad anytime soon. In that rare instance, however, it comes with a one-year limited warranty.

Yes, especially when it’s a cinch to set up, doesn’t require you to install another app, and has a huge focus on privacy.