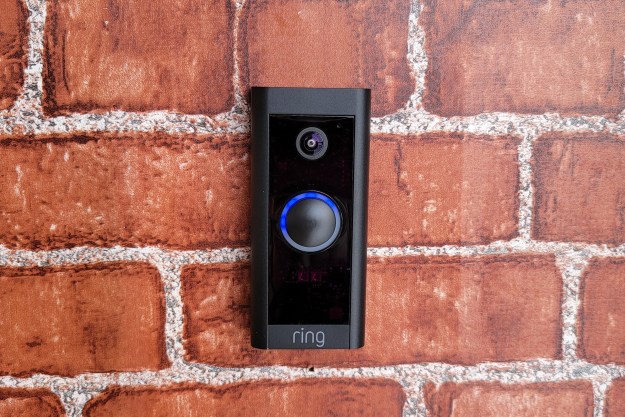 “This is the best value in the video doorbell space, period.”

Ring is arguably the company that brought video doorbells to the mainstream. That tradition continues into a very affordable space with Amazon’s all-new, $60 Ring Video Doorbell Wired. This affordably priced video doorbell is a wake-up call for the video doorbell space. We’ve already seen an extremely (read: laughably) affordable doorbell from Wzye, and Ring now shows us that if you double your money, you can quadruple your value. Put simply, this doorbell is no joke.

When I think about the installation experience I had with this doorbell, the only word that really comes to mind is delightful. I’ve installed a half-dozen doorbells over the past eight months, and while none of them were particularly hard for someone with my skill set (I’m your basic DIYer), none of them were particularly easy either. The Ring Doorbell Wired was very easy to install. I only ran into two hiccups, and only one of them was Ring’s fault.

The Ring Video Doorbell Wired is one of my favorite doorbells that I’ve reviewed.

First, I had trouble figuring out how to expose the screw holes to mount the doorbell. As it turns out, I just wasn’t pushing hard enough to get the cover off. Then, I had trouble pairing the doorbell with the app. I was using a beta version of the software since it hadn’t been officially released to the public yet, and I simply had to wait until things were turned on for me on the server side. Once they were, I just had to scan a bar code and I was off to the races.

The thing that impressed me most about the installation process was its simplicity. I had to scan a bar code with my phone to connect to the doorbell. Also, during the setup process, verbal cues indicated when the doorbell connected to the Wi-Fi, and when the setup process was complete. It is so much more satisfying when the item you’re working with tells you in plain English that “you did that right,” rather than a cryptic set of beeps or buzzes.

No chimes for you

One important hardware note I need to mention is also the only real downside that I found with this doorbell. During installation, I installed an included jumper wire on my doorbell chime’s transformer. This serves to bypass the mechanical chime entirely so the doorbell can get all the power it needs. Previous Ring doorbells have required periodic charging, even when wired to the doorbell chime. This jumper basically makes sure the doorbell gets all the power it needs. But it also renders your mechanical chime inoperable.

What that means as the homeowner: When a visitor presses the doorbell button, the only notification you get is on your phone or smart screen. For many, that will be enough. Personally, I carry my phone around the house with me, so I can make that work. But something seems off when a wired doorbell doesn’t ring the chime that it’s wired to — “wired” is even in the name!

My Kindle Fire HD 8 Plus tablet with its wireless charging stand is able to announce that someone is at the doorbell, and it can show me the video feed from the doorbell, but two-way communication is not possible with the Kindle. You can als purchase an additional wireless doorbell chime, which you can plug into any outlet. Ring is currently bundling a wired doorbell and chime for $20 extra. That might be a good option if you don’t mind the additional cost.

The video feed from the doorbell is clear at 1080p in daylight and with infrared at night. The field of view is a very decent 155 degrees. If you get a Ring Basic Protect Plan, you can access recordings for a single device for up to 60 days. That also brings with it “rich notifications” that give you a thumbnail of what the camera sees when it sends a notification. I particularly enjoyed those.

Two-way communication is great on the device, with very little lag, while voices are loud and clear on both ends. The Ring app cannot transmit sound from the doorbell when I am talking. Basically, a host and a guest cannot talk over each other. That’s another slight limitation.

Being able to set detection zones is pretty standard in video doorbells, and you can do that here, but Ring takes things one step further by allowing you to set privacy zones. No data will be recorded in a designated privacy zone. The camera can also detect motion and people. Another thing that’s hard to wrap your head around is that a doorbell made by a company owned by Amazon does not offer package detection. Just, what’s up with that?

This is a small, unassuming video doorbell with a great price tag attached to it. It’s not the cheapest on the market; that award goes to Wyze. In terms of bang for the buck, this doorbell is simply outstanding. There are some minor compromises involved, but even if you buy a bundled wireless chime, you’re still spending less than you would for its nearest competitor.

In addition to a good doorbell, you get the Ring app and all the associated perks that come with it, like the Neighbors network. It’s good to be able to know what’s going on around your neighborhood whether it’s a person swiping packages or a random fox that shows up in someone’s driveway. Overall, this doorbell will offer you some of the best value in the video doorbell arena.

The Ring Video Doorbell Wired is covered by a one-year limited warranty. The doorbell is solidly constructed, though it is largely made from polycarbonate. It seems very solid and should stand up to anything Mother Nature has in mind.