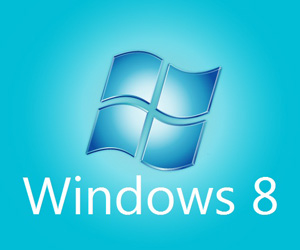 If you were holding out to see how a tablet version of Windows would stack up against Apple’s iOS and Google’s Android, you’ll be waiting a long while. A new report from Bloomberg citing “people with knowledge of the plans” indicates that Microsoft has set the “back-to-school season” of 2012 as its targeted release time for a tablet-friendly Windows operating system.

That means Microsoft will certainly be locked in a game of catchup — and the odds don’t look very favorable. By the third-quarter of 2012, Apple will almost certainly have released a third-generation iPad (and working on developing an iPad 4), Android tablets will be on their third updates and there will likely be a second-generation RIM PlayBook out by then, too.  And Microsoft will just be getting started.

Microsoft’s tablet offerings so far haven’t made much of an impact. A lot of blame can be put squarely on the shoulders of Windows 7, which is not quite up to snuff when it comes to tablets. The release of Windows 8 has been projected for 2012 for quite a while, but it had been rumored that Microsoft might push out a beta release for tablets by September 2011. Bloomberg now says Microsoft won’t begin public testing until the end of 2011.

It’s expected that Windows 8 (also known as “Windows Next”) will be optimized for tablets. Specifically, we’re expecting the OS to feature better support for touch screens and optimization to support longer battery life. It’s no secret that tablets are seen as a major weak spot for Microsoft as the company strives to stay relevant in a new era of computing. After such a late debut, will Microsoft be able to capture a share of the tablet market? Check back with us in about a year and a half.

Topics
Video-editing app LumaFusion to get a Galaxy Tab S8 launch
The Galaxy Z Fold 4 isn’t just a good phone — it’s also my favorite computer
The best QR code scanning apps for iPhone and Android in 2023
This Apple leaker just revealed tons of changes for iOS 17 and iPhone 15
The best iPhone apps in 2023: 50+ apps you need to download now
Yes, we really are completely spoiling the OnePlus 11 and Buds Pro 2 launch
The best rugged smartphones for 2023
The best iPhone games in 2023: 31 games you need to play right now
Beats Studio 3 headphones are $120 off today at Amazon
How to cheat in Words With Friends
Trading in your iPhone with Apple? You’ll get less than yesterday
3 reasons you should buy the Google Pixel Watch today
This is the OnePlus Pad — the OnePlus tablet we’ve waited years for