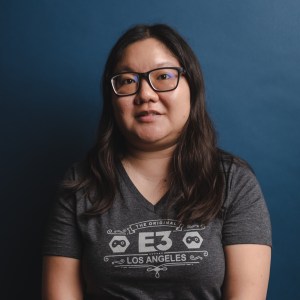 Christine Romero-Chan has been writing about technology, specifically Apple, for over a decade. She graduated from California State University Long Beach with a degree in Journalism and Mass Communications, and her byline has appeared on sites like iMore, MakeUseOf, AppAdvice, Lifehacker, MacLife, and more. While her speciality has been all things Apple, especially the iPhone, she loves technology in general. Before the iPhone, she enjoyed seeing the latest innovations in the mobile space, from BlackBerry to the Palm Pre. Though she's been using an iPhone for the past 14 years, she is open to dabbling with Android and other mobile platforms, which is why she's here at Digital Trends.

Christine's other interests include mechanical keyboards (the superior typing experience), mobile photography, lots of coffee, food, Star Wars, a lot of animated series, and gaming. She's also based in Southern California, so she takes advantage of this by being a Disneyland passholder. If she isn't writing, chances are high that you'll find her at Disneyland with her husband and daughter.

Articles by Christine Romero-Chan
How Apple can fix iOS 16’s messy lock screen customization in iOS 17
3 minutes ago
Hive Social is my favorite Twitter alternative, but that’s not saying much
5 things that would make the Google Pixel Fold next year’s best foldable
Don’t buy the wrong iPad during Cyber Monday — get this one instead
MagSafe PopSockets are life changing, and on sale for Black Friday
App subscription fatigue is quickly ruining my smartphone
The Pixel 7 is Google’s iPhone, and it’s my favorite Android phone so far