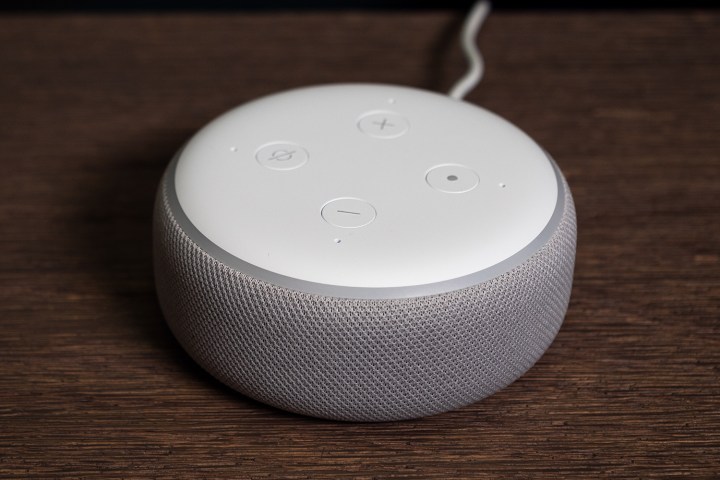 Everyone’s focused on the great Prime Day deal on the Echo Show, and rightly so since it is the first new video-enabled Alexa device to fall below the $50 threshold — what we’d argue is the price point where voice assistants are truly affordable in the mainstream. But for a long time, the Echo Dot has held the distinction of the “cheap” Echo, and for Prime Day 2019, it’s a better deal than it has ever been.

Normally $50, Amazon has just a small stock of the sandstone color of the third-generation Dot for just $22. That is the lowest price that we’ve seen so far for the device: even on Black Friday, this was selling for $2 more.

The third-generation Dot is a serious improvement over its predecessor. While you won’t get spectacular sound, the tinniness of the speaker in previous generations is replaced by both a speaker and a new design that promotes a surprisingly fuller sound for a speaker of its size. The sound will fill a small room quite easily, and the device is a great option for areas of your house where you might need an Echo, but perhaps wouldn’t use it enough to warrant the purchase of one of the larger models.

It also looks much nicer on a desk. The design is reminiscent of the larger current generation Echos, just shrunk down. It’s a massive improvement over the earlier generations, which basically looked like a plastic hockey puck — and kind of cheap compared to its larger and more expensive brethren.

We’ve got our Echo Dots in our basement, our garage, and our guest bedroom. Where you place yours is up to you.

Looking for other deals as Prime Day comes to an end? We have a continuously updated list of Tuesday’s best deals here. For other smart home deals, be sure to check out that list, as well as our list of the best Amazon device deals before you check out. Remember, it’s the end of Prime Day, and things are beginning to sell out, so don’t wait too long to pick up those items you’ve been looking at!