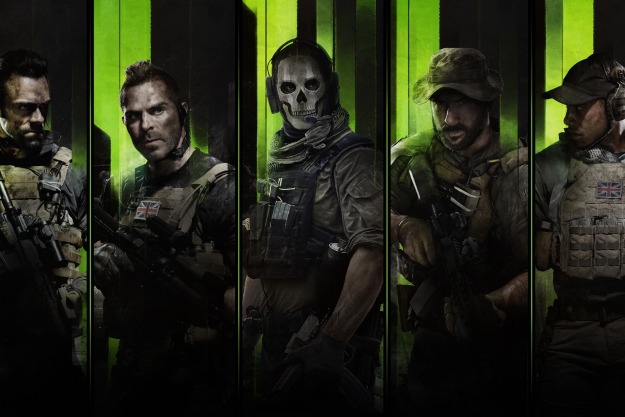 “Call of Duty: Modern Warfare II doesn't quite live up to the heights set by the game it reboots, but it's still great for those just looking for some fun online shootouts.”

Based on its name alone, the rebooted Call of Duty: Modern Warfare had an exceptionally high bar to clear when it launched in 2019. While it may not have had the same impact on the industry as the original did nearly two decades ago, it at least capitalized on a well of nostalgia and embraced the franchise’s roots again in a way that gave me hope for the future.

Call of Duty: Modern Warfare II, by comparison, is a more mixed bag, with its two major components very much at odds with each other. Its soulless campaign feels familiar without ever being half as memorable as the games it’s trying to replicate, but its multiplayer is mostly successful at bringing all of the usual thrills alongside a couple of cool tricks up its sleeve. Whether it’s worth the asking price comes down to what you’re hoping to get out of a Call of Duty game.

While they rarely strive to be high art, I’ve been thoroughly engrossed in the narratives in most of Call of Duty’s recent campaigns. Vanguard from 2020 told an affecting tale of a ragtag group of soldiers who reflected on their individual pasts as they underwent Nazi interrogations during World War II, and 2019’s Modern Warfare did a decent job of examining morality and the long-term effects of war. It’s rather sad, then, that Modern Warfare II‘s campaign doesn’t feature much beyond a bombardment of military jargon, characters with superficial motives, and a whole lot of nothing to say.

Picking up a few years after the first game, Modern Warfare II once again brings back beloved series mainstays like Captain Price, Simon “Ghost” Riley, and John “Soap” MacTavish, who find themselves entangled with multiple groups of friends and foes as they attempt to track a terrorist who has stolen American-made missiles. The production values and acting are remarkable across the board, but with so many characters from various factions crammed into a shallow five-hour campaign, we’re never provided with enough time with any one of them to care about where they’ve ended up when the credits roll.

I just wish the campaign had been as much fun to play as it was to look at.

While I didn’t care much about the events happening during the otherwise dull cutscenes, I was immensely impressed by the sheer quality of the visuals that accompanied them. The last few games were graphical showcases themselves, but Modern Warfare II is in a league of its own, packing some of the most realistic environments and character models I’ve ever seen in a video game. Even better, that largely carries over into the missions as well. I was often in awe of the game’s staggering attention to detail — so much so that a short segment tasking me with engaging in a bit of misdirection in the streets of Amsterdam was so visually captivating that I spent more time sightseeing than I did actually completing the mission.

I just wish the campaign had been as much fun to play as it was to look at. There are standout moments, such as a tense section that had me rapidly escaping enemy soldiers down the side of a mountain, and forced me to stop at certain intervals to stand my ground and push them back. There’s the familiar sniping mission here too, and it encourages more creativity than usual by giving players the option to move around a large area to reposition for perfect shots. But for every one of these thoughtfully designed operations, there are three that simply fail to measure up to similar sequences from previous games.

While most of the missions are merely forgettable but inoffensive affairs, there are downright dreadful chunks of the game with underdeveloped ideas that bring down the whole adventure significantly. One asked me to leap from vehicle to vehicle during a lengthy chase, but due to the janky process of climbing up and jumping over, I’d be surprised if any but the luckiest of folks are likely to complete it without at least a few pointless deaths. Another needlessly protracted mission forced me to survive injured and unarmed by finding materials to craft tools that can be used to break through locked doors or distract and kill soldiers. That should’ve made for an exciting slice of stealth-based fun. Instead, the slow movement caused by my character’s injury coupled with the bare-bones crafting mechanics produced little more than a cumbersome half-hour of wasted potential in a campaign that already felt like it, too, was limping toward its finale.

Many multiplayer fans consider the second entry of the original Modern Warfare trilogy to rank among the greatest first-person shooters of all time, thanks to its stellar maps, simple but effective loadout system, and the introduction of multiple customization options that have become the norm in every game since. This new take on Modern Warfare II doesn’t reinvigorate the franchise in that same way, but even with a few blemishes, it still makes a solid case for being part of your multiplayer rotation.

There are a scattering of new ideas added to the mix this year, such as the ability to hang from ledges — useful for some sneaky pistol kills — and a reworked perk system. The latter introduces perk packages in place of individual perk selection, so you start with two and unlock two more at regularly timed intervals throughout a match or by getting kills and assists. It seems like a truly unnecessary change, but I’ve been too annoyed by the awful mobile-like UI to really even care much about making in-depth changes to my loadouts anyways. Cluttered pages of massive, bubbly buttons make the entire experience so user-unfriendly that even inviting friends to a lobby can be an exhausting process, let alone trying to figure out much else.

Once you manage to get into a match, though, things fare much better. Freshly added modes Knockout and Prisoner Rescue are great, though I’ve consistently preferred the latter, which pits two teams against each other to either rescue or protect a prisoner. You can’t respawn when dying in a round in either of the two new modes, but any living teammate can find your collapsed body and resurrect you at the same place you were gunned down, which can lead to some extraordinary comebacks. Nothing is quite as exciting as being the last man standing against a full team and sneaking around reviving teammates until you’ve rebuilt a crew to push back and pull off a glorious victory.

It helps that many of Modern Warfare II‘s maps are a notable step up in quality over the last few installments, with interesting locations across Mexico and the Middle East that are both visually appealing and satisfying to learn. The best of these seem to understand that Call of Duty has, at its heart, always functioned best as a run-and-gun shooter. Farm 18, Embassy, and Mercado Las Almas are great examples of this design philosophy, providing more traditional layouts that give you plenty of opportunities for close-quarters showdowns. The game’s potent selection of assault rifles and SMGs work wonderfully here, and even shotgun enthusiasts can make quick work of enemy teams by sticking to the tighter corridors and interiors.

It’s unfortunate that the maps that miss the mark tend to miss it by miles, such as the desert battlefield found in Taraq, which is filled with leveled buildings and wide-open areas with no clear flow whatsoever and spawn points that leave you immediately vulnerable. Elsewhere, Santa Sena Border Crossing may very well be the worst map in franchise history, placing you in what is effectively a single lane filled with dozens of crashed vehicles that facilitates the worst kind of camping. Playing on either of these is so aggressively unpleasant that it can sap the joy out of a lobby of pals in a heartbeat.

It’s worth noting that, while it’s not as pervasive as in the last few games, even some of the best maps still pack excessive entry points and clutter that lend a feeling of blind luck to some deaths. Interior mazes full of doors, windows, and other openings can yield too many sightlines to keep up with, so without eyes in the back of your head, opponents frequently have an opportunity to pick you off from an angle you can’t reasonably account for at any given moment. Of course, how much impact this has on your enjoyment depends entirely on whether you’re seeking a laid-back or competitive experience. I’m positive that plenty of map studying and spawn knowledge would help alleviate at least some of this frustration for those competing at higher levels than this aging casual player.

Perhaps the most intriguing addition to Modern Warfare II is the third-person mode. As someone who has gravitated toward other third-person games like Fortnite and Rogue Company in recent years, this new mode has been easy to pick up, and I dig the different type of strategy it brings. Having an expanded view of my surroundings — particularly the ability to see around corners before running into the fray — means that I die less from people hunkered down peeking over cover, for instance. But on the flip side, this perspective also breeds a different kind of camper who plays passively down corridors as you run in their direction and then immediately guns you down due to their ability to see you before you see them.

My friend group and I started third-person mode with high hopes of it becoming our go-to, but within a couple of days, we had mostly switched to the normal playlists again. This is partially due to the prevalence of the aforementioned corner camping alongside the fact that the game doesn’t feel inherently designed around the mode in general — because it’s not. More importantly, playing in third-person is only available via a mosh pit, meaning it rotates through three modes at random, any one of which you may or may not be in the mood to play at the time. I’d prefer to see future iterations embrace the mode fully and give players the freedom to engage with it how we see fit. Even so, it’s a really cool diversion and one that I’m likely to revisit off and on throughout the next year.

Modern Warfare II‘s final offering is the inclusion of three cooperative Spec Ops missions that allow two friends to link up and complete objectives in larger, more open-ended maps in an effort to earn a total of three stars on each. This trio of assignments doesn’t really add anything substantial to the package and shouldn’t be seen as a primary selling point for those looking for cooperative options, but if you’re just wanting a simple time shooting baddies with a pal, you could do worse.

To be fair, “you could do worse” feels like Call of Duty: Modern Warfare II‘s vibe as a whole. It’s a fairly enjoyable way to spend your time, but no one’s buying a Call of Duty game to see something they haven’t seen before, after all.

Call of Duty: Modern Warfare II was reviewed on PlayStation 5.