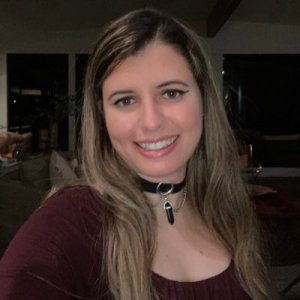 Cristina Alexander has been writing since 2014, from opining about pop culture on her personal blog in college to reporting on video games, entertainment, Internet culture, and more recently, mobile technology as a freelance journalist. Her work has appeared on TheGamer, Gamepur, SlashGear, Giant Freakin' Robot, Twinfinite, KeenGamer, and Mega Visions. Cristina used to be an Android girl, now she's an Apple woman with no possible plans to turn back anytime soon. She resides in sunny South Florida.

Articles by Cristina Alexander
Here’s what E3 2023 could look like without Sony, Nintendo, and Microsoft
2 days ago
The Game Awards 2022: Here’s the complete list of winners
It’s time we learn to value all-ages games as much as ‘mature’ ones
Fortnite Chapter 3 Fracture Finale: when it starts and how to play
Sonic Frontiers is getting new playable characters and story content next year
You can win cash with PlayStation’s new tournament feature. Here’s how to sign up
Apple’s making a big change to the iPhone 14 Pro’s controversial always-on display