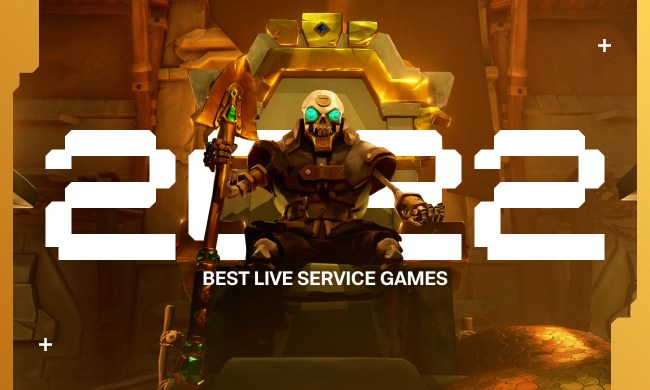 It's tough to sort through the vast catalog of ongoing games, but these 10 knocked it out of the park in 2022 with strong updates.
Gaming
Gabriel Moss

The best free FPS games you can play right now

How to get Legend Tokens in Apex Legends

How to preregister for Apex Legends Mobile

Apex Legends: Saviors is making some major changes to the Storm Point map, and they all revolve around a giant dead crustacean.
Gaming News
Giovanni Colantonio
May 2, 2022

Apex Legends Mobile finally hits phones in May, and Respawn shared some new details about the stand-alone shooter.
Gaming News
Giovanni Colantonio
May 2, 2022

Battle royales are some of the most popular games out there. From Fortnite to Call of Duty: Warzone, these are the best battle royale games available now.
Gaming Guides
Gabe Gurwin
April 28, 2022

The highly-anticipated mobile port of the popular battle royale is being beta tested in several regions across the globe.
Gaming News
Emily Morrow
March 8, 2022

The new legend comes alongside a host of of updates for Season 12, known as Defiance.
Gaming News
Emily Morrow
January 24, 2022

These are the live service games whose updates and new content kept them fresh all year long.
Gaming
Emily Morrow
December 13, 2021

Why does so much official video game apparel miss the mark?

Why does so much official video game apparel miss the mark?

Now that video game-themed apparel is considered trendy rather than nerdy, lots of companies are cashing in on clothing lines.
Gaming
Emily Morrow
October 17, 2021

Apex Legends is getting story-centric events, but with a catch

Apex Legends is getting story-centric events, but with a catch

A new type of event in Apex Legends reveals bits and pieces of the game's story and its characters. Titled Apex Chronicles, these events are character-specific.
Gaming News
Otto Kratky
September 28, 2021

Apex Legends Seer guide: How to play, abilities, and lore

Apex Legends Seer guide: How to play, abilities, and lore

Seer's strengths have only just begun to be recognized, so let's go over his lore, abilities, and how best to use this stylish legend in combat in Apex Legends.
Gaming
Jesse Lennox
September 24, 2021

EA Play Live 2021: How to watch and what to expect

EA Play Live 2021: How to watch and what to expect

Battle royale games have been dominant for four years, but a shake-up may be imminent.
Gaming Features
Giovanni Colantonio
April 30, 2021

Apex Legends is getting its biggest change yet, a new mode that effectively turns the game into Counter Strike.
Gaming Features
Giovanni Colantonio
April 26, 2021