Pokémon Go was destined to be fairly successful, but no one, not even the mobile game’s creators, believed it would generate this much interest. It has done wonders for Nintendo’s stock; it has topped app charts on the App Store and the Google Play Store; and servers are repeatedly going down due to large swaths of trainers playing the augmented reality game as it continues its global rollout. It’s an understatement to say that Niantic Labs’ Pokémon Go is a success, but is the game a summer fad or here to stay? Here’s everything you need to know. 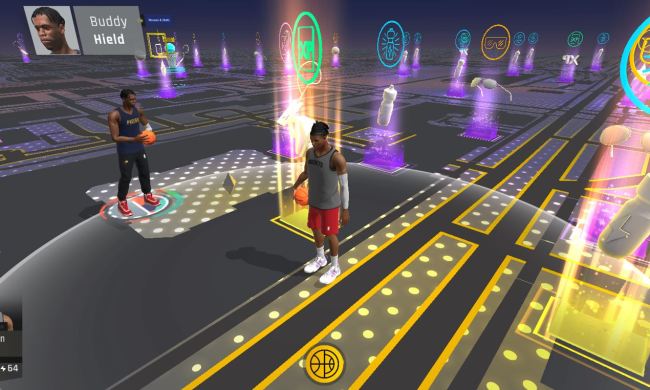 Digital Trends got a peek at NBA All-World ahead of its launch, and it looks like it could give Pokémon Go a run for its money.
Gaming
Tomas Franzese

Nintendo’s mobile games are more influential than you might think

How to play with your Buddy in Pokémon Go

How to get Mega Energy in Pokémon Go

How to get special items in Pokémon Go

Pokémon Go Eevee evolutions guide: How to get every Eeveelution

Two LA police offi cers fired for failing to respond to a robbery in favor of playing Pokémon Go have lost their appeal to have their jobs reinstated.
Gaming News
Trevor Mogg
January 11, 2022

How to trade with other trainers in Pokémon Go

How to trade with other trainers in Pokémon Go

You can now trade Pokémon with your friends in Pokémon Go, but there are a few rules you'll have to follow in order to start trading. Here's how it works.
Gaming Guides
Phil Hornshaw
December 21, 2021

How to play Pokémon GO

How to play Pokémon GO

There has never been a better time to start playing Pokémon Go. Here's everything you need to know before jumping into the popular mobile AR game.
Gaming Guides
Jon Bitner
December 16, 2021

The AR game is releasing in select markets on Tuesday and allows players to walk with their Pikmin.
Gaming News
Emily Morrow
October 27, 2021

Pokémon No Day: Why fans are boycotting Pokémon Go today

Pokémon No Day: Why fans are boycotting Pokémon Go today

Niantic is rolling back its COVID changes for Pokémon Go even as cases rise, and players aren't happy.
Gaming News
Otto Kratky
August 5, 2021

Pokémon Go is getting an event to celebrate the launch of New Pokémon Snap, which adds a shiny Smeargle to the game.
Gaming News
Giovanni Colantonio
April 15, 2021

How to catch Ditto in Pokémon Go

How to catch Ditto in Pokémon Go

How to get coins in Pokémon GO

How to get coins in Pokémon GO

Pokémon GO features PokéCoins that can be purchased with real money or earned in-game. In this guide, we'll show you how to acquire PokéCoins in Pokémon GO.
Gaming Guides
Jacob Roach
March 29, 2021

Pokémon Go looks like a simple game at a glance, but it's actually devilishly complex. Want to catch them all? Start your adventure here with our top tips.
Gaming Guides
Leijah Petelka
March 16, 2021

How to transfer Pokémon from Pokémon Go to Pokémon Home

How to transfer Pokémon from Pokémon Go to Pokémon Home

Pokémon Home gives players a chance to store their Pokémon and move them to different games. Here is how to transfer Pokémon from Pokémon Go to Pokémon Home.
Gaming Guides
Leijah Petelka
November 18, 2020

Two- and four-star raids are leaving Pokémon Go, as are team bonuses when competing in raid battles. Rewards will be altered to make it more fair to players.
News Gaming
Tom Caswell
August 31, 2020

Pokemon Go Fest will get an additional day

Pokemon Go Fest will get an additional day

To make up for connectivity issues during the annual event in July, developer Niantic will reopen some of its activities for participating players in August.
News Gaming
Tom Caswell
August 11, 2020

Over just two days and with a completely virtual event, Niantic Labs netted $17.5 million from its Pokémon Go Fest 2020, according to a new report.
Gaming News
Don Reisinger
July 28, 2020

Pokémon Go players can now access raid battles remotely as the mobile hit continues to get new features that make it better for those playing from home.
Gaming News
Tyler Treese
April 27, 2020

Playing Pokémon Go from home is easier than ever before

Playing Pokémon Go from home is easier than ever before

Niantic is making changes to how Pokémon Go operates so that players can make progress in the mobile game from home if they're unable to go outside for walks.
Gaming News
Tyler Treese
April 15, 2020

Pokémon Go's Battle League is getting leaderboards in an update arriving on April 10, so players can do their best Ash Ketchum impersonation as they compete.
Gaming News
Tyler Treese
April 9, 2020

The Pokémon Company finally revealed details about the upcoming Pokémon Home app, which will be available in February. The service, which features a mobile app, will offer a free basic tier, as well as a paid premium level that will cost users $3 a month or $16 for a full year.
Gaming News
Giovanni Colantonio
January 28, 2020

Pokémon GO earned $894 million in 2019, marking its best year ever as it exceeded the revenue from its 2016 launch year of $832 million. Sensor Tower attributed the mobile game's growth to in-game and real-world events, and significant updates that continue to add new content to the app.
Gaming News
Aaron Mamiit
January 12, 2020

Niantic will soon add a Buddy Adventure feature to Pokémon Go, letting you bring one of your monster friends into the real world through augmented reality. You will eventually be able to interact with other trainers' Buddy Pokémon, in addition to your own, and take group pictures as well.
Gaming News
Gabe Gurwin
December 17, 2019

As always, this year's Halloween event in Pokémon Go will introduce a series of spooky events for this eerie time of year. Trainers will have the chance to gain double candy and add Shiny Pokémon to add to their collections. They'll also have higher odds of capturing dark and ghost-type Pokémon.
Gaming News
Taylor Lyles
October 14, 2019
123456End
Next