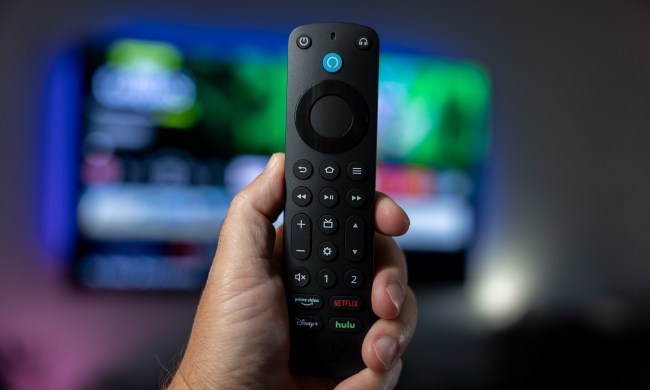 The Amazon Alexa Voice Remote Pro is the best Fire TV remote — which is a shame because you'll have to pay extra for it.
Home Theater
Phil Nickinson

Roku Streaming Stick 4K review: The Roku stick to get

Amazon just made one of the best and more affordable streaming sticks even better, making the Fire TV Stick 4K Max the one to get.
Home Theater
Phil Nickinson
October 7, 2021

Apple's newly revamped Apple TV 4K may have a new brain on the inside, but it's the new Siri remote that is rightfully getting all of the attention.
Home Theater News
Simon Cohen
June 3, 2021

Roku's latest media streaming device might be tiny, but inside where it counts, the Express 4K+ is a powerhouse with 4K, HDR, AirPlay, and voice control.
Home Theater Reviews
Simon Cohen
May 11, 2021

You don't have to spend a lot to get a great streaming device. In fact, these Amazon Fire TV devices can do voice control, HDR, and Dolby Atmos for $40 or less.
Home Theater Reviews
Simon Cohen
November 11, 2020

The Apple TV 4K is fast, it packs Siri voice search, and offers support for all of the latest formats. But can Apple still justify its stratospheric price?
Home Theater Reviews
Caleb Denison
October 28, 2020

Google's history with making a streaming device with a remote and on-screen interface has been rocky at best. Did they get it right this time?
Home Theater Reviews
Caleb Denison
October 28, 2020

TiVo is best known for its popular DVRs, but DVR demand has been drowned by the streaming tsunami. With its $50 Stream 4K, TiVo hopes to ride this new wave.
Home Theater Reviews
Simon Cohen
July 16, 2020

Disney+ arrived on time and loaded with all (or at least most) of Disney's best work. We dig deep into the Disney+ weeds to suss out the good and the bad.
Home Theater Reviews
Ryan Waniata
June 8, 2020

The Blackmagic Design ATEM Mini Pro (and cheaper, non-Pro version) is the multicamera streaming solution for the rest of us, and it's an absolute blast.
Home Theater Reviews
Daven Mathies
May 29, 2020

Amazon Fire TV Cube goes far beyond being an Echo/Fire TV stick hybrid. Thanks to HDMI CEC control, an IR blaster, and a new user interface, the Fire TV Cube can take even the most complicated entertainment system and simplify it so just about anyone can use it. And now it has native YouTube, too.
Home Theater Reviews
Caleb Denison
December 20, 2019

TVs keep getting better and so do the streaming media players that connect to them. But for those on a budget, the new Roku Express represents the perfect formula: A $30 investment that gives you every streaming service imaginable plus a way to search through all that content quickly and easily.
Home Theater Reviews
Simon Cohen
October 17, 2019

Roku's update to its top-of-the-line Ultra streaming media player brings with it a host of small but helpful features like customizable remote buttons, faster performance, and new search tools. It's still missing Dolby Vision support, but the $100 Roku Ultra is one of the best media streamers you can buy.
Home Theater Reviews
Simon Cohen
October 9, 2019

The third-generation Chromecast is still a pretty decent little HD streamer, but HD is getting pretty long in the tooth. That said, the inclusion of Amazon Prime following the truce between Google and Amazon does make this a comprehensive way to stream all major programming, as long as you don't need 4K.
Home Theater Reviews
Ryan Waniata
July 13, 2019

The Chromecast Ultra may not look all that much different from its predecessors, but under the hood is the key to unlocking the 4K streaming buffet, including support for High Dynamic Range to unleash the rich contrast and expanded color gamut of today’s most eye-popping video.
Home Theater Reviews
Ryan Waniata
July 13, 2019

Amazon is giving Roku a run for its money with the Fire TV Stick, a $40 device about the size of a pack of gum that grants 1080p HD access to a wide array of content and games. If you’re an Amazon Prime member already, this is a no-brainer.
Home Theater Reviews
Caleb Denison
July 12, 2019

Free over-the-air programming isn’t available in 4K, so why would you want a 4K OTA DVR? We’ll discuss what makes the new TiVo Bolt OTA a viable choice for cord-cutters with 4K UHD TVs who want to get ahead of the game. With a cheaper starting price than its previous OTA DVR, and a much faster interface, this could be the best OTA receiver on the market.
Home Theater Reviews
Simon Cohen
November 12, 2018

When it comes to streaming devices, the sheer volume of choices these days can be daunting, and Roku has more models than anyone. While you really can’t go wrong with any Roku, the company’s new Premiere+ stands out in the crowd, expertly balancing affordability and performance for impressive value.
Home Theater Reviews
Ryan Waniata
October 23, 2018

If you're after the best possible picture for your 4K TV, you're still going to need an Ultra HD Blu-ray player. With a compact form factor, good remote, extremely easy setup, and support for both HDR10 and Dolby Vision formats, the Sony UBP-X700 may be just the ticket.
Home Theater Reviews
Parker Hall
September 19, 2018

Despite offering some novel and much-needed features for integrating antenna TV and internet TV streaming, the AirTV suffers from some glaring faults. By playing favorites when it comes to streaming services, and needlessly complicating the setup, the AirTV undermines its best aspects.
Home Theater Reviews
Brendan Hesse
May 8, 2018

Our Roku Streaming Stick+ review puts the little streamer through its paces and sees it coming out on top of the competition.
Home Theater Reviews
Caleb Denison
November 1, 2017

Roku’s newest iteration of the Express streaming devices boast five times the power of its predecessor. Does that translate to five times the performance?
Home Theater Reviews
Nick Hastings
October 24, 2017

Google jumps into wireless audio with a slick companion to the popular video streamer. But is it any good? Our Google Chromecast audio review has answers.
Home Theater Reviews
Ryan Waniata
June 23, 2017

Apple may have come to the party a little late with the 4th Generation Apple TV, but the new streaming set-top box is an Apple fan’s dream.
Home Theater Reviews
Caleb Denison
March 13, 2016

We went hands-on with the SlimPort Nano-Console at MWC and found it to be a smart way to mirror your mobile device to the big screen for gaming, browsing, or movies.
Computing Reviews
Simon Hill
March 4, 2015
12End
Next 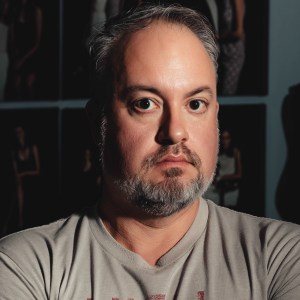 Phil spent the 2000s making newspapers with the Pensacola (Fla.) News Journal, the 2010s with Android Central and then the personality behind Modern Dad, and is currently an editor with Digital Trends. Phil’s online work has taken him all over the United States, as well as Europe and Asia.

When he’s not writing, editing, or shooting video, Phil serves as president of the Pensacola Youth Soccer 501(c)(3) nonprofit, has worked on multiple local political campaigns and is a part-time photographer and videographer.

Phil is a native of Pensacola, where he resides with his wife, daughters and a dog named Max.