The Marvel Cinematic Universe is one of the most successful and popular film and TV franchises of all time. From May 2008’s Iron Man to the record-setting Avengers: Endgame, the MCU has built a truly interconnected universe of movies and series featuring some of comics’ most iconic characters. The MCU’s next stage spans screens big and small, with multiple projects confirmed for theaters, broadcast TV, and the new Disney+ streaming service. This is your one-stop shop for everything MCU. 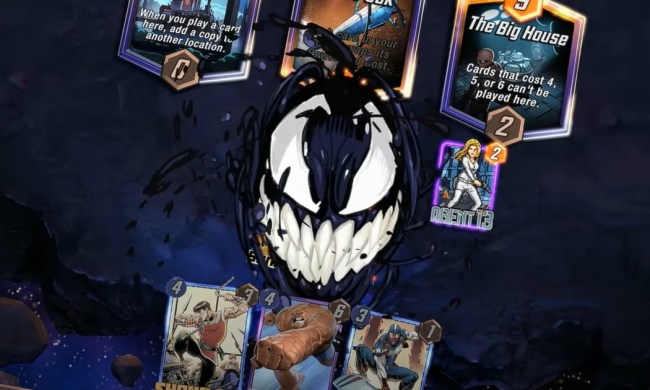 Marvel Snap was once praised for its restraint when it came to microtransactions, but that's changed with each passing update.
Gaming
DeAngelo Epps

12 movies that should’ve been longer

The 5 most powerful Iron Man villains, ranked from weakest to strongest

Beyond Pandora: the 5 best fictional worlds in movies

10 villains who need to be introduced to the Marvel Cinematic Universe, ranked

There are many new characters Tom Holland's Spider-Man could meet in his upcoming fourth solo film in the Marvel Cinematic Universe. Here are 12 possibilities.
Movies & TV Features
A. Orlando
December 4, 2022

What are the top 5 highest-grossing MCU movies so far?

The Marvel Cinematic Universe is the highest-grossing film franchise of all time. Find out which five MCU movies are at the top of the list.
Movies & TV Features
Dan Girolamo
December 2, 2022

Guardians of the Galaxy Vol. 3 trailer teases one final mission

Guardians of the Galaxy Vol. 3 trailer teases one final mission

Peter Quill, Drax, and the rest of the crew gear up for one final mission in the trailer for Guardians of the Galaxy Vol. 3.
Movies & TV News
Dan Girolamo
December 1, 2022

According to its designers, Marvel's Midnight Suns draws inspiration from some unexpected games ... including Persona.
Gaming Features
DeAngelo Epps
November 20, 2022

Though Chadwick Boseman has passed, Black Panther: Wakanda Forever still brings together many characters old and new that have made it a spectacular sequel.
Movies & TV Features
A. Orlando
November 15, 2022

Namor makes his debut in Black Panther: Wakanda Forever, but was he worth the wait?

All the Marvel Easter eggs in Black Panther: Wakanda Forever

Namor is a mutant? And what does "Imperious Rex" mean? Learn the answers to all the Marvel Easter eggs in Black Panther: Wakanda Forever.
Movies & TV Features
A. Orlando
November 12, 2022

How to watch the Marvel movies in order

How to watch the Marvel movies in order

With the Marvel Cinematic Universe well into its fourth phase, it's time to look back on what's happened. Here's a recap of the MCU movie timeline so far.
Movies & TV Guides
Rick Marshall
November 12, 2022

10 most powerful X-Men villains, ranked from weakest to strongest

Marvel's X-Men have faced some of the most powerful supervillains in the history of comic books, including mutants Magneto, Apocalypse, and the Dark Phoenix.
Movies & TV Features
A. Orlando
November 9, 2022

Marvel and Adidas collaborate on costumes and footwear for Wakanda Forever

Marvel and Adidas collaborate on costumes and footwear for Wakanda Forever

The best Black Panther comics to read before Wakanda Forever

There are many Marvel and DC superhero movies like Avengers: Infinity War, Watchmen, and Black Adam that show their heroes suffering some memorable deaths.
Movies & TV Features
A. Orlando
November 4, 2022

Disney Plus has rapidly become one of the most popular streaming platforms out there. Here's everything you need to know about Disney's streaming service.
Movies & TV Guides
Derek Malcolm
November 4, 2022

To give Star-Lord some holiday cheer, the Guardians of the Galaxy are coming back to Earth to meet one of the most unexpected "heroes" in the Marvel Universe.
Movies & TV News
Blair Marnell
October 25, 2022