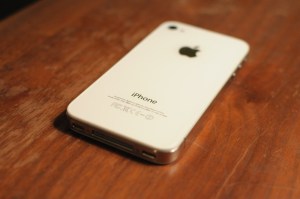 It’s okay if you can’t keep your facts straight on the iPhone 5. The simple truth is… there aren’t any facts, just a bunch of rumors. The latest word is that the phone, which will reportedly be coming in 2012 following the September 2011 release of an iPhone 4S, will feature a curved glass cover over the device display.

The word comes from DigiTimes, which pegs the information to reports from “industry sources” of buzz “being circulated around the supply chain in Taiwan.” It also seems that the glass cover makers are hesitant to invest in glass cutting equipment due to the expense involved. As a result, Apple reportedly bought 200-300 such machines on its own dime, and will b leaving them in storage until the “yield rate for the production of curved glass reaches a satisfactory level.”

While there are no definitive facts confirmed by Apple regarding he iPhone 5, there are some things that are pretty much a certainty due either to common sense or to word from named sources in the know. The big upgrade for the 5, something that reportedly won’t be a feature of the 4S, is 4G LTE network service. There’s also been some indication that the phone will be a dual-band GSM / CDMA device, news that was outed by Verizon last month and then mentioned again last week by the company’s CEO, Fran Shammo.

There’s still a whole other iPhone launch brewing for later this year that we’ll have to get through before any updates on a fifth-gen release can be expected from Apple.

Video-editing app LumaFusion to get a Galaxy Tab S8 launch
The Nothing Phone is finally coming to the U.S., and I can’t wait
The iPhone 14 Pro’s Dynamic Island needs to get a lot more useful, fast
Forget Apple’s newest iPad — the Galaxy Tab S8 should be your next tablet
Samsung Galaxy S23: release date, specs, price, and all other rumors
Sunbird looks like the iMessage for Android app you’ve been waiting for
The most innovative smartphones of 2022
The most innovative smartwatches and wearables of 2022
These 6 things could make the Pixel 7a the perfect Google phone
Best Cyber Monday Tablet Deals: iPad, Amazon Fire, Samsung Galaxy Tab
Best Cyber Monday Smartwatch Deals: Apple Watch, Fitbit, Galaxy Watch
The best iPhone games to play in December 2022: Marvel Snap and more
I thought iOS 16 would ruin my iPhone 8, but it shocked me