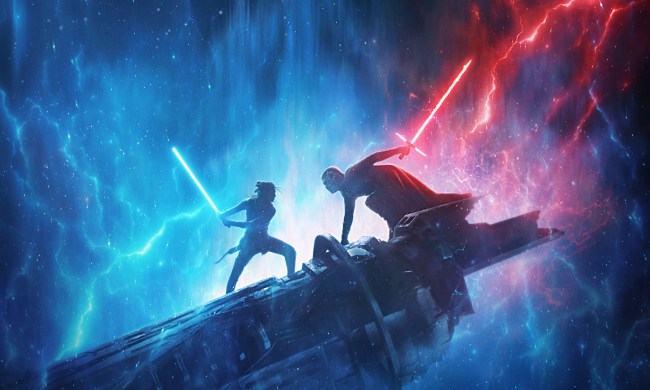 While the Star Wars sequel trilogy started with plenty of promise, it ended with audiences wishing Disney had done many things differently.
Movies & TV
A. Orlando

7 overlooked modern movies you should watch

Mando and Grogu reunite in The Mandalorian season 3 trailer

The best characters on Andor, ranked

Beyond The Bad Batch: what’s next for Star Wars animated shows

Beyond Pandora: the 5 best fictional worlds in movies

The 5 best movie trilogies ever

Star Wars: what we’d like to see in Andor season 2

Andor has been a grounded breath of fresh air for Star Wars on Disney+, and there are a few solid video games to dive into after checking out the show.
Movies & TV Features
G. Kurten
November 25, 2022

Hollywood has gotten more skilled at adapting games into films in recent years, and there are many popular games that should receive the big-screen treatment.
Movies & TV Features
A. Orlando
November 24, 2022

Find out what happened in the season 1 finale of Disney+'s Star Wars series, Andor.
Movies & TV Features
A. Orlando
November 23, 2022

Star Wars' Andor is currently impressing with its Rebellion-era spy-thriller story, but the Old Republic has the potential for Game of Thrones-esque intrigue.
Movies & TV Features
G. Kurten
November 21, 2022

Disney+ is the streaming hub for everything Star Wars, so if it's been a while since you visited a galaxy far, far away, here's what we recommend watching.
Movies & TV Guides
Rick Marshall
November 17, 2022

The best moments in the Star Wars franchise, ranked

The 10 best movie sequels ever made

Sequels are almost impossible to nail, but sometimes a truly great one comes out of the blue. Here are the 10 best movie sequels ever made
Movies & TV Features
Joe Allen
November 10, 2022

Disney Plus has rapidly become one of the most popular streaming platforms out there. Here's everything you need to know about Disney's streaming service.
Movies & TV Guides
Derek Malcolm
November 4, 2022

Luke, Leia, and Han Solo are bringing the Force to Fortnite for its Skywalker Week.
Gaming News
DeAngelo Epps
November 1, 2022

Andor shows how human and political Star Wars can be

In a seemingly never-ending stream of Disney+ plus content, Lucasfilm's latest Star Wars venture with Andor proves to be a welcome injection of sincerity.
Movies & TV Features
G. Kurten
October 31, 2022

Star Wars: Tales of the Jedi Review: An overly familiar show in a galaxy far, far away

Can you watch Star Wars: Tales of the Jedi for free?

Can you watch Star Wars: Tales of the Jedi for free?

Find out the best way to stream and enjoy the new Disney+ show Star Wars: Tales of the Jedi whether in the U.S. or abroad.
Deals Movies & TV
Nina Derwin
October 12, 2022

With the Star Wars series Andor, Diego Luna finally steps into the spotlight

From Darth Vader to Boba Fett, the villains of Star Wars are incredibly powerful, but these are the baddies who rank as the most powerful in the galaxy.
Movies & TV Features
Joe Allen
September 22, 2022

Special look at Andor teases the beginnings of a rebellion

Special look at Andor teases the beginnings of a rebellion

How did Cassian Andor became a face for the Rebellion? A special look shows that his journey from thief to Rebel spy is the premise for the new series Andor.
Movies & TV News
Dan Girolamo
September 21, 2022

Everything you need to know before watching Andor on Disney+

Before Andor's premiere on September 21, read our brief primer on what you need to know about Star Wars, Cassian Andor, and Rogue One before watching the show.
Movies & TV Features
G. Kurten
September 20, 2022

With Andor premiering this week, it's time to rank the most powerful Star Wars heroes in the popular sci-fi franchise.
Movies & TV Features
Joe Allen
September 19, 2022
1234567
Next