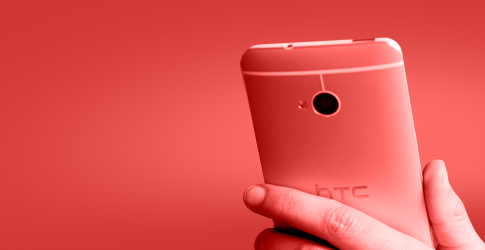 Remember the rumor HTC was in the process of preparing a pair of Windows 8 tablets from December last year? Well, it has shown up again, only this time it has come with a few more details on each model, not just the possible screen sizes, along with a hint of the (distant) release date. The original rumor said HTC had commissioned both a 7-inch and an unusual 12-inch tablet, both of which also feature in the latest report.

The 7-inch model has been given the codename of R7, making it sound more like an astromech than a tablet, and it may be one of the first tablets to use Windows Blue, software which Microsoft is expected to adapt for use on smaller screen sizes. The specification may include a 1080p screen resolution, and a 2.3GHz Snapdragon 800 processor, along with 2GB of RAM. It doesn’t stop there either, as a 13 megapixel camera could be fitted, as could a microSD card slot, 16GB of onboard memory, and a chance of 4G LTE connectivity. Should all this be included, we can expect a high price tag, meaning the R7 probably won’t be challenging the Nexus 7’ as the budget tablet of choice.

As for the R12, the massive 12-inch screen could have a 2048 x 1536 pixel resolution, which is identical to Apple’s Retina display fitted to the iPad. Otherwise, the rumor’s source told PhoneArena the tablet would share the same hardware features as the smaller R7. Again, this indicates the R12 will wear a high price tag. Apparently, we can expect these two to be among the first wave of Windows Blue hardware to go on sale in October, with the 13th being suggested as the big day.

Following the December rumor, more gossip about an HTC tablet appeared at the beginning of April; but this time it was about a 10.1-inch tablet with a 1080p screen from HTC, supposedly ready to go into production before the summer. An HTC spokesperson has also said the company wants to re-enter the tablet market, and that it would do so using a tablet with a unique selling point.

If the late 2013 announcement estimation is correct for the R7 and R12, we’ve got a while to go before we see either Windows 8 tablet from HTC, so at the moment, we’re going to have to file this one under speculation. Its correlation with the pretty specific rumor from last year does make it interesting though.

Video-editing app LumaFusion to get a Galaxy Tab S8 launch
The 11-inch iPad Pro is a great tablet that Apple needs to kill
The best Samsung tablets in 2023: our 6 favorite picks
The best Samsung phones in 2023: our 8 favorite Galaxy phones
How your smartphone could replace a professional camera in 2023
How to get Apple’s Black History Month 2023 wallpapers for your iPhone and Apple Watch
Yes, we really are completely spoiling the OnePlus 11 and Buds Pro 2 launch
The best rugged smartphones for 2023
The best iPhone games in 2023: 31 games you need to play right now
This Apple leaker just revealed tons of changes for iOS 17 and iPhone 15
Beats Studio 3 headphones are $120 off today at Amazon
How to cheat in Words With Friends
Trading in your iPhone with Apple? You’ll get less than yesterday